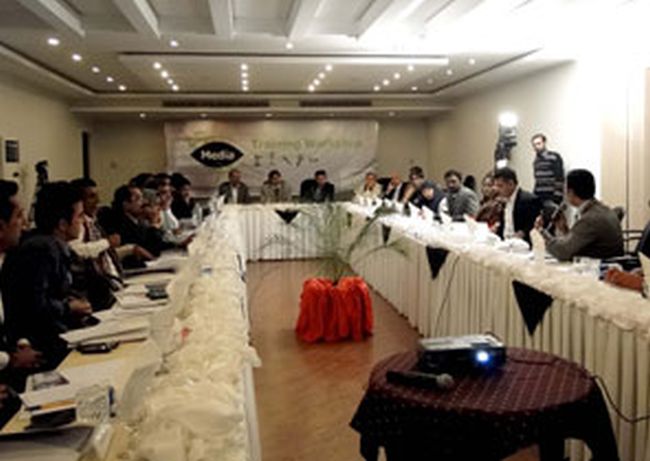 As dynamics of conflicts in Pakistan vary from region to region, journalists and media persons should try to understand the local contexts of conflicts in order to report and analyze them objectively as well as to ensure their own security in conflict-hit areas. The participant journalists and media experts observed in a journalists’ training workshop jointly organized by Pak Institute for Peace Studies (PIPS) and the Canadian High Commission on December 24 in Islamabad. More than 30 journalists from across Pakistan and others including media experts and researchers participated.

The workshop was the first of a series of four such workshops designed to train Pakistani journalists in producing objective, progressive reporting and analyses of conflicts and human rights violations with a view to support development of a responsible media in Pakistan that serves Pakistani society as a channel of effective communication, counteracts misperceptions, contributes to process of achieving security, peace and stability, and upholds human rights. 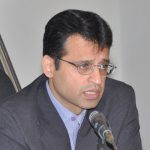 Najam U Din, a media researcher and journalist, was the keynote speaker in the first training session titled “Understanding the

Conflicts in Pakistan: Linkages and Broader Perspective.” He explained factors, actors and dynamics of

conflicts in Pakistan and also elaborated state responses to de-escalate and resolve them. He said journalists needed to dispassionate themselves from their personal biases and politico-ideological positions when reporting and analyzing conflicts.

Director PIPS Muhammad Amir Rana argued in his interactive training session on “Religious Extremism and Terrorism” that conflicts in Pakistan were largely based on people’s ideological concerns rather than physical needs and interests, making it easy for extremists to operate while exploiting people’s ideological sensitivities.

Safdar Sial, a research analyst at PIPS, highlighted different perspectives on the current phase of insurgency in Balochistan and political violence in Karachi, in the third session.

President Quetta Press Club Saleem Shahid noted that as people’s perceptions of incidents of violence and terrorism in Pakistan are largely influenced by the way journalists report and analyze such incidents, Pak istani media and journalists need to be more responsible, professional, objective and factual in their reporting and interpretation of incidents and actors of violence.

Shahzada Zulfiqar, a senior journalist from Quetta, s aid that journalists in insurgency-hit Balochistan were more prone to threats than any other region of Pakistan.

Imdad Ali Soomro, a journalist from Karachi, said that landscape of political violence in city was becoming very complex and lethal and journalists felt increasingly difficult to balance their reporting.

Waqar Gillani, a Lahore-based journalist, highlighted the need for dialogue between media groups or journalist bodies and different stakeholders of a conflict.

In the final session journalists shared their experiences while covering conflict in different regions of Pakistan.