The Arab Spring: Impact and implications 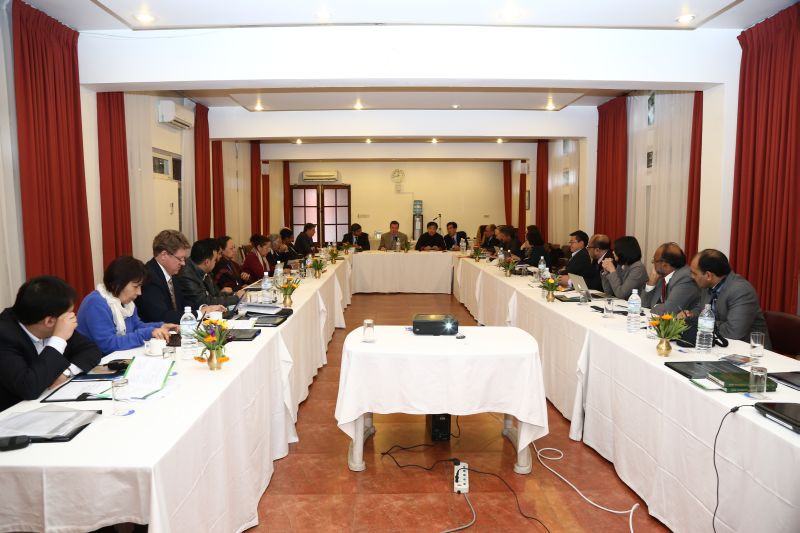 Pak Institute for Peace Studies organized a three-day international conference in Kathmandu, Nepal from February 28 to March 2, 2014 in conjunction with Beijing–based Institute of Ethnic Minority Groups Development Research (IEMGDR) and the Institute for Global Engagement (IGE), USA. The conference focused on two themes: the Arab Spring: impact and implications; and religion and security. The former part of the conference examined religious, political, geostrategic and nationalistic dynamics of change and transition amid the backdrop of so-called Arab Spring in the Muslim-majority and other countries mainly in Middle East, Africa, Asia and also West. The objective was to improve understanding among regional and international nations and enhance scholarship on the dynamics of the Arab Spring. The latter part of the conference, i.e. “Religion and security,” focused on comparative perspectives on: education and extremism; women and extremism; and religion, security and citizenship. Participants included prominent scholars, educationists, religious scholars and civil society representatives from North Africa, Middle East, Central Asia, South Asia, Europe, USA and China President IGE , director IEMGDR Zhao Shuqing and director PIPS Muhammad Amir Rana inaugurated the conference and delivered introductory and welcome remarks. 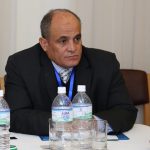 Dr. Gamal Mohammed El Sayed Delh (Cairo University, Egypt)described the implications of the Arab Spring for Egypt in political and diplomatic, security and defense, economic and commercial, and social and cultural perspectives. He said people expect real changes that should include democratic and peaceful transition. He argued that although the military coup against president Morsi was stated as a necessary measure in the face of dangerous course taken by the constitution and the political life in Egypt but a failure to reinitiate the process of democratization, amend the constitution, and hold new elections would lead Egypt to polarization and serious internal conflict. 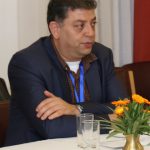 Professor Alaya Allani (Monouba University, Tunisia) highlighted similarities and differences in the experiences of political Islam in Tunisia and Egypt. He stated there are differences in Muslim Brotherhood’s (Egypt) and Ennahda’s (Tunisia) interpretations of some of the legal rulings and religious concepts. Unlike Muslim Brotherhood, Rashid Ghannouchi, founder of Ennahda Movement, does not consider the Anglo-Saxon secularism hostile to Islam. Similarly, Ennahda Movement in Tunisia did not insist on enshrining Shariah in the constitution and forged an alliance with the secular parties. He observed that the stream of political Islam has entered a structural crisis and it needs revisions to stay relevant to modern day political and socioeconomic realities.

Jean Nicholas-Bitter (Federal Department of Foreign Affairs, Switzerland) presented his areas of focus as countering extremism, and promoting education and social cohesion. He emphasized the need to work for improving social cohesion among religious communities. Also, he explained at length the implications of the Arab Spring for his country in terms of energy, security and immigration. 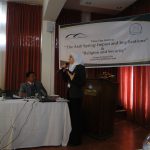 Sirin Hamsho (Al Andaluse Islamic Studies Centre, Syria) highlighted aspects of Syrian conflict that greatly affected the people including minorities and women besides elaborating its sectarian dimension. She presented figures from a recent opinion poll that suggested that more than 25 percent of the Syrian people wanted democratic constitution and 13 percent were in favor of enforcing Islamic law. She said that irresponsible handling of the Syrian crisis by national and international actors could drift the country into a situation similar to that of Iraq. 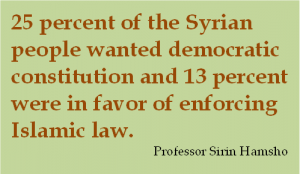 Abu Zayed Mohammad (Bangladesh Institute of Peace and Security Studies, Bangladesh) tried to contextualize the Shahbagh Movement–which started in the neighborhood of Dhaka on February 5, 2013 and later spread to other parts of the country–in perspective of the Arab Spring. He said protesters mainly demanded: death penalty for Jamaat-e-Islami leader Abdul Quader Mollah; death sentence for those convicted of [1971] war crimes by the International War Crimes Tribunal; a ban of Jamaat from Bangladeshi politics; and a boycott of Jamaat institutions. Abu Zayed was of the view that the protests pointed to a ripening 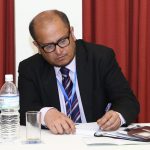 Bangladeshi belief in the power of youth to affect change through a combination of traditional and technological protest methods, a confidence inspired by the youth of the Arab Spring. 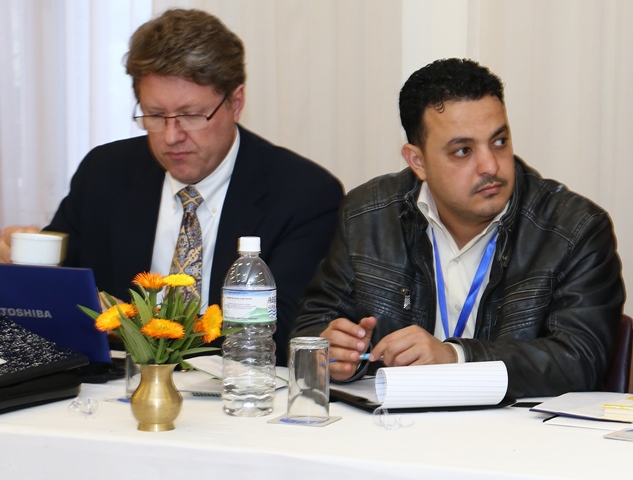 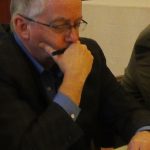 Geoff Davis (former member of the U.S. House of Representatives) argued that after Iraq and Afghanistan, the U.S. was not hungry to enter into new wars, and that he had personally opposed military intervention in Libya in post-Arab Spring scenario. With regard to the situation in Syria he said they have learned from the experience of last 10 years that ‘do not make things worse.’Delivering his introductory remarks in the second part of the conference, “Religion and Security,” Muhammad Amir Rana explained how religion had become a factor in various aspects of human security and also in conflict.

Chris Seiple underscored the significance of celebrating the other faiths with a view to improve social cohesion. He said the best way to change behavior or the mindset is through education.  Zhao Shuqing highlighted his institute’s efforts to develop understanding and cohesion among different ethnic minority and majority groups in China. 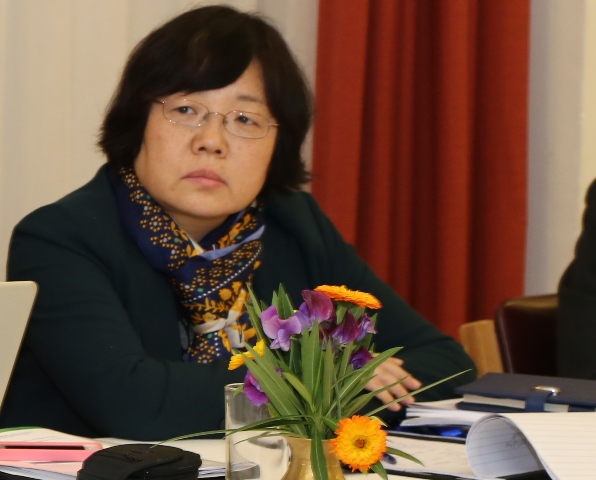 The first session of the second part of the conference focused on “Comparative perspectives on education and extremism.” Dr. Rashid Ahmad (University of Peshawar, 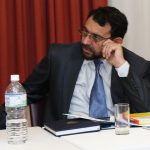 Pakistan) highlighted commonalities among different religions and their shared emphasis on peace and peaceful coexistence. Speaking about education systems in Pakistan he underscored the need for reforms and revisions in both mainstream and religious education curricula. 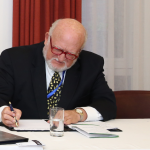 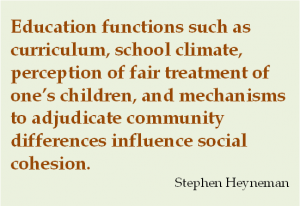 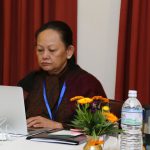 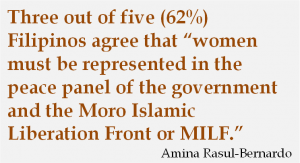 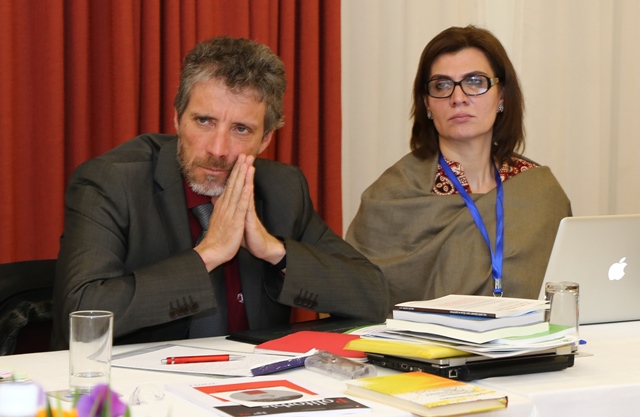 Asel Murzakalova (Bishkek Humanities University, Kyrgyzstan) explained the factors that are contributing to women radicalization in her country including the role of radical groups such as Hizbut Tahrir. She stated that the radicalized women in Kyrgyzstan were overpowered by the religious (Islamic) identity rather than civil rights. Dr. Minhas Majeed Khan (University of Peshawar, Pakistan) said many civil society organizations of women in Pakistan were working to establish peace and to counter regressive narratives on education, particularly on women education. 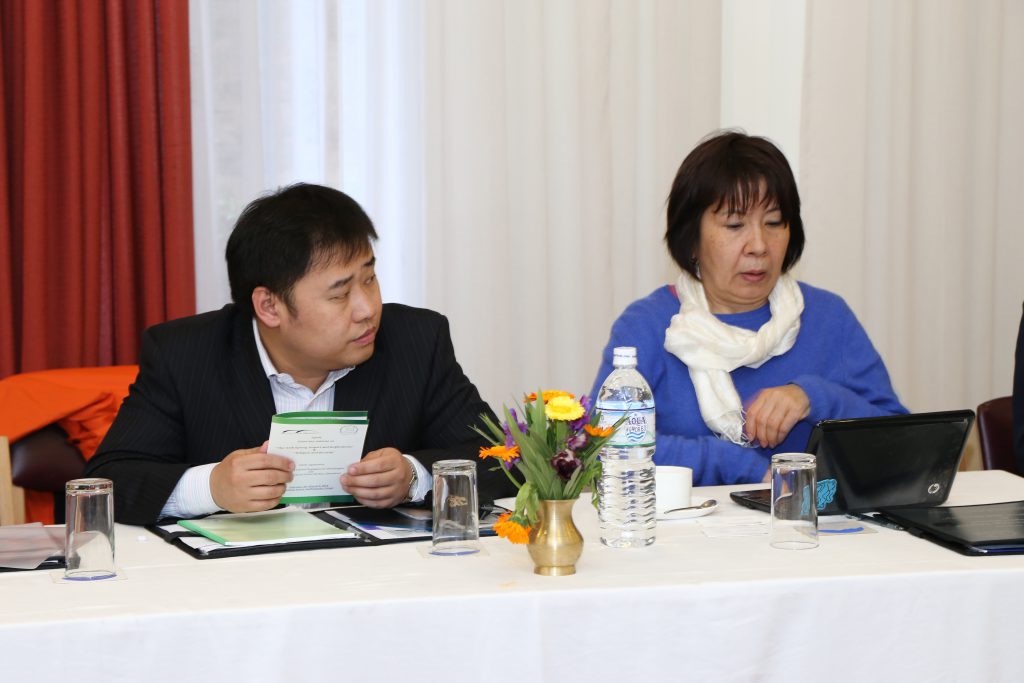 The focus of the third session of the second part of the conference was set on “Comparative perspectives on religion, security and citizenship.” Eugene Tan (Singapore Management University, Singapore) said that the government of Singapore considered race, language and religion as fault lines for social cohesion and harmony. He said for social cohesion multiple identities of individuals should not be in conflict.

Alma Sultangalieva (Institute of World Economics and Politics, Kazakhstan) said, compared to other Central Asian states, Uzbekistan and Tajikistan have strong roots in Islam. She stressed that the shared cultural aspects of followers of all faiths should be used as means of social cohesion.