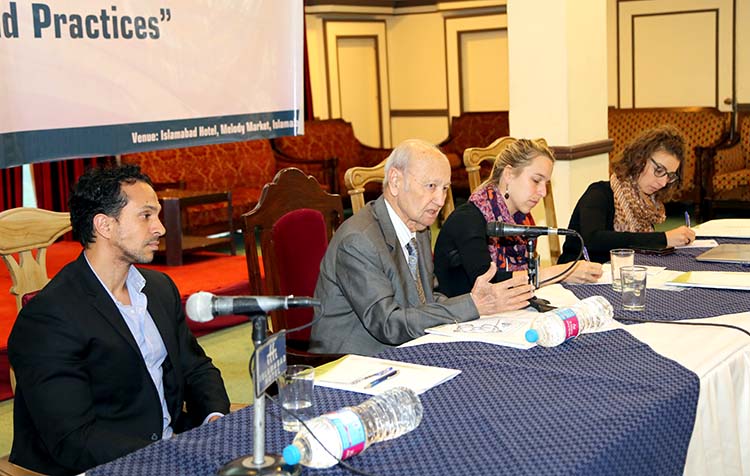 After welcoming the participants, PIPS senior research fellow, Safdar Sial, laid down the work and experiences of PIPS towards de-radicalization. He shared that PIPS had proposed multi-layer approaches of de-radicalization in the past, by engaging media, youth, madrasah, education institutions. Arguing that a Pakistan-specific context be understood, he emphasized on relying on empirical evidence extracted from the field. 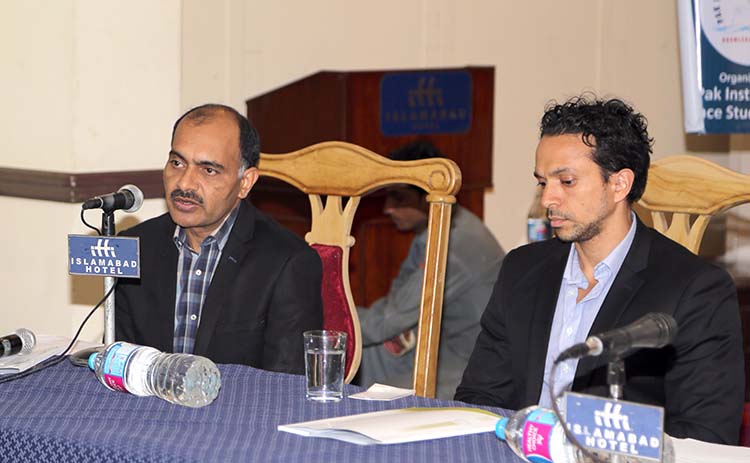 Safdar Sial shared that the youth in Pakistan are more prone to uni-directional narrative. There is no alternative for them to be encounter. To this end, PIPS has been relaying video messages, producing journals, and conducting workshops involving scholars – all meant to open individuals to new and tolerant narratives.

One of these consultations was on reintegrating militants. The findings of that consultation were shared by PIPS senior project manager, Muhammad Ismail Khan. He shared that the expert-group had called for devising a Pakistan-specific model that takes into account its diverse and democratic fabric. This can be achieved by letting parliament lead the reintegration process and setting some criteria on which grounds to reintegrate them. It was shared that no reintegration plan be accepted that falls outside the remit of the constitution.

Ismail argued that some of the preconditions of reintegrating militants include shunning violence as well as violent ideologies. But it is in the latter part that some difficulty may rise.

Meanwhile, Liesbeth van der Heide, a research fellow at the International Centre for Counter Terrorism, Netherlands, told audience about her research into what works in reintegrating militants. Surely, the key starting point could be disengagement, which is about renouncing violence, the latter steps involving de-radicalisation and reintegration are often long-term processes. 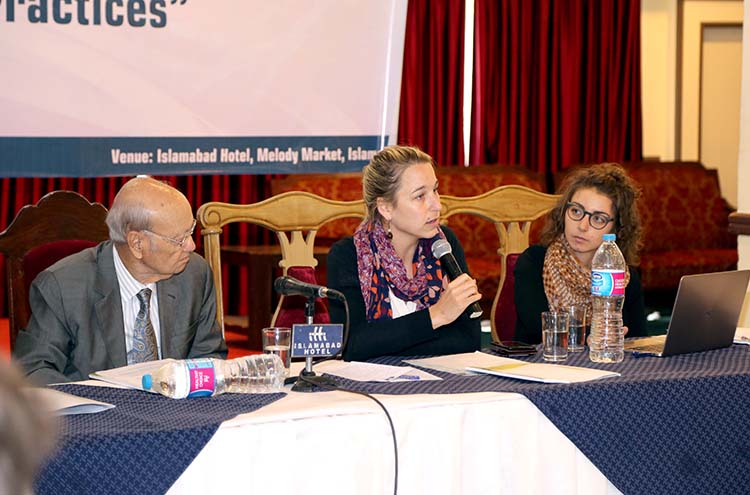 She also recommended that militants should be dealt according to their typology – their goals, objectives, for instance, may vary. She emphasized on psychological counseling and coaching as relevant reintegration practices.

Ms. Elena Dal Santro shared that prison could be the best environment for deradicalisation of individuals; after all, most of the militants get radicalized in prisons, she said. She also proposed a design for reintegration program which according to her should include three basic things: good general prison management, engagement of all actors, and monitoring and assessment of militants.

Participants attending the session also gave their input. Some opined that the entire radicalization process in Pakistan has been top-down, emanating from skewed past policies of the state in the region. Unless that reality is taken into account, reintegration efforts imported from outside will fail.

Chair of the session, Lt. Gen (Retd) Talat Masood said that reintegration in Pakistan is being done on individual level, rather than focusing on collective level. He also called for greater interaction between government and the civil society, so that the latter learns from the former in solving some pressing issues, including militarization. 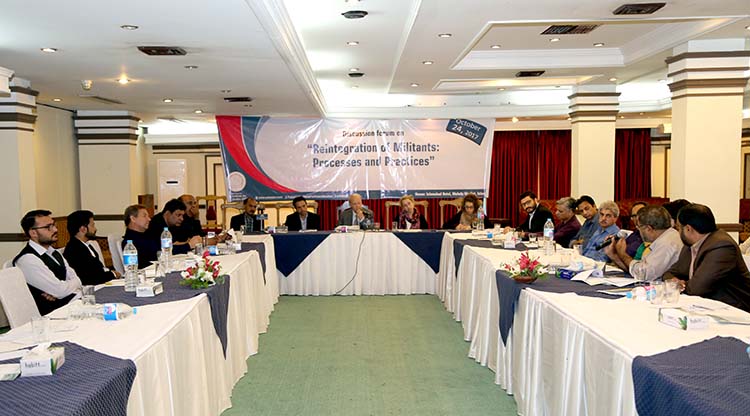