‘Teachers can help curb emerging trend of radicalization in universities’ 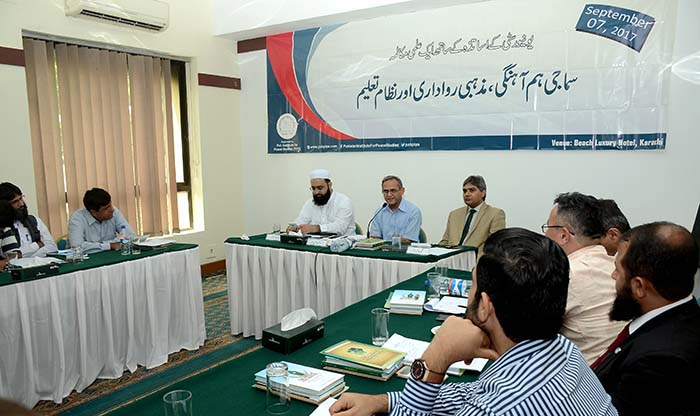 Teachers in a day-long dialogue agreed that radicalization in the country is a multi-faceted phenomenon, hitting diverse segment of society, including students. Increasingly, some of them are reported to have fallen for radical messages through social media; others are unable to condemn the act of militants openly out of their deep-set biases. To overcome this problem, teachers should be engaged, imparting students with skills that open them to diverse opinion in classroom and that equip them with tools for using social media with responsibility.

The workshop was attended by over 40 teachers of universities of Sindh, including Karachi, and Balochistan, organized by Pak Institute for Peace Studies (PIPS), a Pakistani think-tank. The discussion explored the role of teachers in promoting social and religious harmony.

Taking part in the discussion, former chairman Council of Islamic Ideology, Dr. Khalid Masud, said it is being asked how come ‘well-educated’ individuals, especially those from applied sciences, join militancy. One of the reasons is the way these subjects are taught, incline their students towards “exactness” – tending to find one specific solution. At intellectual level, then, engineers and doctors fall for radical inspirations, which too paint the world in black and white, ignoring the grey nuances.

Another modern factor is that information is being picked from modern social media tools, without checking authenticity. This too contributes in hardening the opinion of the users towards the extreme. Self-radicalized individuals have often fallen through social media. Dr. Masud said that because teachers are not much aware of social media, they are unable to understand the emerging trends and how to effectively deal with students. Participants called for sensitizing teachers on social media.

Khalid Masud argued that teachers should be ready for change. Change is a constant thing for which teachers should be mentally ready. The transformation taking place in the world, affect societies; if teachers are able to respond in those changes, they can help bring harmony in the society at the earliest stages.

The former chairman of CII summarized the purpose of education to be three-pronged. One, it should help differentiate the right from the wrong. Two, it should help solve problems around. And three, it should impart skills of research in students.

Academic Syed Jaffar Ahmed agreed, saying that the students of today are glued to social media gadgets but lack little to zero physical activity. Even playing grounds are fading, he lamented. Encouraging students to engage with each other, in more than one activity, can be conducive in opening them to multiple worldviews, which is a must to counter radicalization. 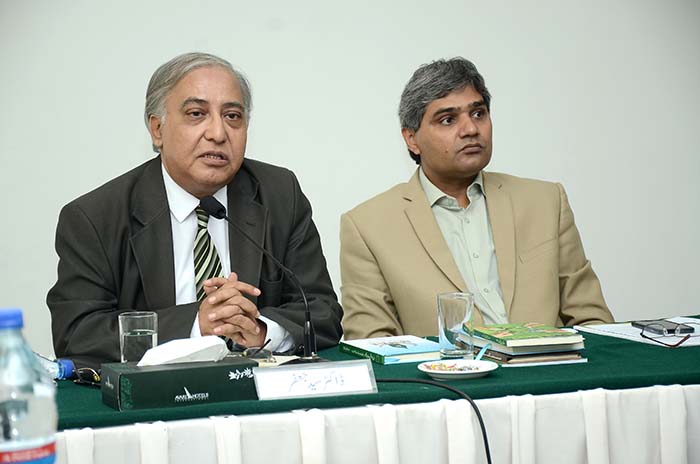 He argued that for all the limitations of teaching professions, when it comes to classroom, it is really the domain of a teacher. Teachers can shape minds there; they should therefore give sufficient time deserving by the students.

Experts called upon teachers to uphold diversity, opening students to multiple views, noting that the curriculum may have flaws such as in the shape of inculcating history through a certain identity framework, that of religion.

Religious scholar Sayed Ahmed Banuri termed that the link between curriculum and teacher is mutual. Teachers can help sensitize students and impart curiosity.

He said teaching is a sacred profession, which should be taken in the same spirit. He warned against relying on half-baked sources and news.

Meanwhile, Dr. A. H. Nayyer, renowned educationist, said that while differences between different groups were already in the country, those differences widened and exacerbated in the 1980s, as the state attempted to shape a peculiar narrative. He argued that the militancy is a direct outcome of that project. He shared that he has observed that over the years, conservative practices have grown on campuses; these seem to indicate as if radicalization has been growing there.

Dr. Nayyer said that in essence, extremism values parochial loyalty to one specific group without appreciating diversity of opinion. It is like peer trap. Another manifestation of extremism is self-righteousness: to think of oneself beyond criticism. 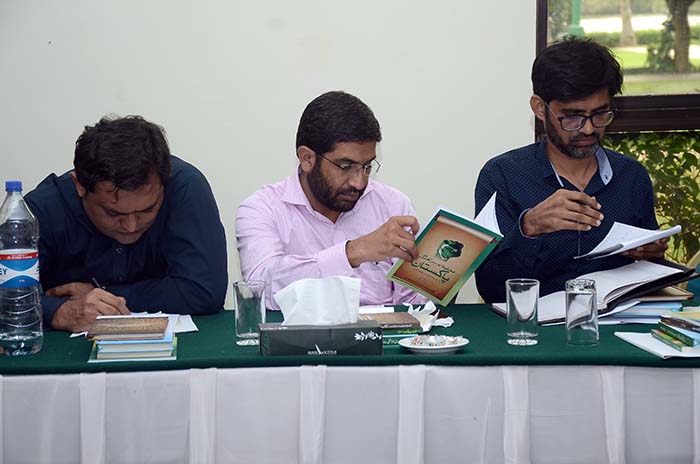 In an extremist-filled environment, victims too take on the aggressors, turning the whole society extremism in the way. Extremist responses beget extremism. Dialogue is shrunk this way, he said. Educational institutions are affected too. At times, teachers too are intolerance towards students and then impose views on them.

For teachers, it is no less than a challenge now to teach argument-making and logic. Yet its importance in upholding peace cannot be overstated. Dr. Nayyar called for producing “social psychologists” in the country to identify the social causes behind terrorism and extremism.

Experts called upon teachers for overcoming parochial biases; teachers should disassociate their understanding of the world to a single identity, whether ethnic, religious or sectarian, it was said.

Later, the team of “Zara Hat Key”, a TV show on a private channel, interacted with the teachers. Several agreed that media shows less of critical issues to the viewers, and at times, end up highlighting differences.

Earlier, Muhammad Amir Rana, director PIPS, argued social harmony is the need of today’s globalized world, where majority in one area is minority in another area. He argued that social harmony is one of the yardsticks through which the progress of any country is assessed.