“Cultural spaces can win the battle of ideas while countering extremism”

DialogueEventsPakistanPunjab
By PIPS Published On Aug 17, 2017 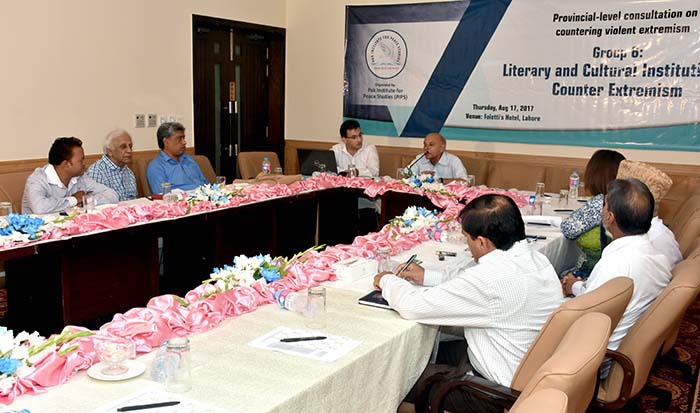 Countering extremism is like countering an idea, and what better way to do it than promoting cultural and literary spaces in the provinces. A culturally-aware child of today will be less tempted to pick up a weapon against his own culture tomorrow.

These thoughts came in the last of the sixth dialogue forum for Punjab. Held on August 17, 2017 on Lahore, the forum focused on the role of literacy and cultural institutions in countering violent extremism in Punjab. Earlier, five such forums were organized by Pak Institute for Peace Studies (PIPS).

Members of the groups argued that i no society could writers, poets, painters, singers and thinkers remain indifferent to any form of extremism, particularly its religious manifestations, not least because the consequences such extremism directly had on their ideals for the creation of a better society. Poets and writers feel the pain of society; extremism bleeds that society.

It was shared that so far, counter-violent extremism relying only on the use of the state’s coercive force lost sight of the need for winning the battle of ideas, which was perhaps even more important. One member suggested that mere administrative measures could not offer solutions to intellectual problems. Their solutions were also to be found in the intellectual discourse.

Moderator of the sessions, Qazi Javed, cultural critic, shared that a number of literary and cultural institutions established by the government and organizations of writers, poets and thinkers in the cities of Punjab could play a role in challenging the extremist narrative and promoting positive values in society. Their role could not have an overnight effect, but they could save more people from falling prey to an extremist mindset.

Shorty story writer Amjad Tufail said that social space for dialogue and cultural institutions had decreasing at a time when it should be growing. It is not merely the function of the state but also the people to recover that space.

Civil society members lamented there was no longer any social or cultural activity in schools, which were coaching their students for a rat race for marks. Educational institutions could be a significant starting point for cultural and literary activities and institutions. 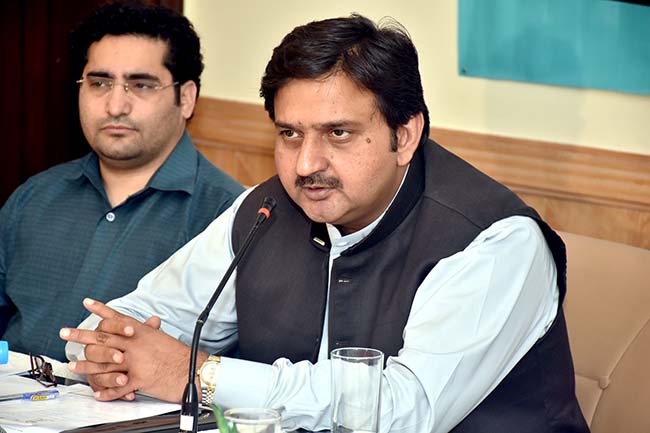 Earlier, starting off the discussion, PIPS’s project manager Ismail Khan argued that, according to an extensive national-level dialogue conducted by PIPS, it was concluded that tapping diversity is must to secure the country. The national strategy, it was shared, called for inculcating a citizenship framework that incorporates all, irrespective of their backgrounds.