DialogueEventsPakistanPunjabTeachers' Engagement
By PIPS Published On May 23, 2017 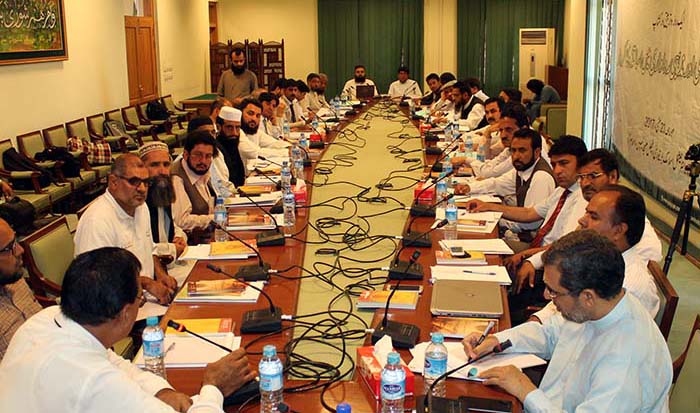 To bring about mutual co-existence in a diverse country like Pakistan, it is imperative to listen to all concern stakeholders without resorting to conflict. The mutually-agreed solution to the problem should be founded on logic and rational thinking. Teachers can help attain such level by imparting inquisitive communication skills and promoting curiosity in students, encouraging them to address problems relevant to today’s society.

These views came in a workshop on the role of teachers in social and religious harmony, attended by over 30 college teachers from Khyber Pakhtunkwa and Azad Jammu and Kashmir. The workshop was organized by Pak Institute of Peace Studies, an Islamabad-based think-tank, together with the Iqbal International Institute for Research and Dialogue (IRD), Islamabad on May 23, 2017.

Former Chairman of the Council of Islamic Ideology Dr. Khalid Masood observed that environment upholding diversity is antidote to extremism. The foundations of such a society can be built by none other than teachers, who can encourage students to ask question, and when a question is asked, shall provide multiple responses, as if opening multiple vistas. “It is also an Islamic norm of dealing with problems as by weighting more than one viable option of solutions”, Dr. Khalid Masood revealed. He further added that diversity is inevitable and the need is to answer the problem with logic and facts rather than relying to infightings. 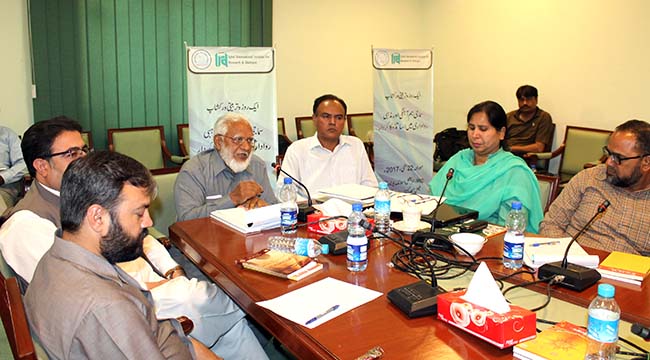 Rashad Bokhari, peace activist, agreed, saying that students are not trained to think critically, let alone to ask critical questions. “We are unable to express differences; we tend to resort to party lines,” he said. Basically, he argued, there is serious dearth of communication skills, due to which we fall for “stereotypes and blame games”, without listening to other, or, for that matter, the context of the discussion. All these skills especially of asking question, listening to others, and expressing divergent opinions, can be taught by teachers.

Mr. Bokari further elaborated that we have to review our attitudes and should come out of answering in binary language of ‘yes’ and ‘no’. He urged to think over matters by putting yourself in others shoes which will give you considerable clarity of the subject matter ultimately helpful in conflict resolution.

In addition to skill sets, teachers should help promote the culture of research, the workshop noted. Director of the IRD, Dr. Husn ul Ameen, argued, calling universities the “physical and discursive spaces” to hold discussion; yet, he asked the teachers, are these institutes even undertaking research relevance to the need to today’s society. 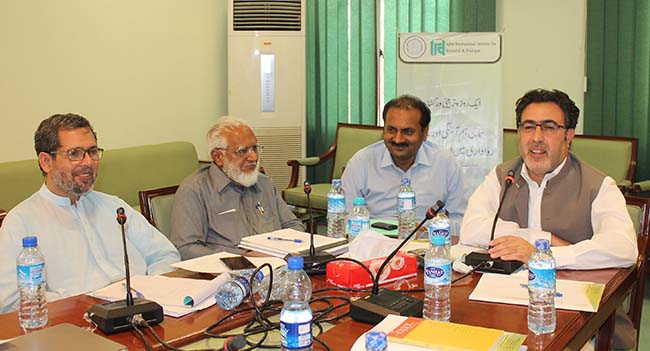 Meanwhile, peace-building activist Romana Bashir lamented that non-Muslims are not given space in what he is being taught across the country. For one, the subjects of Islamiat (Islamic Studies) and ethics are often equated, at times a single teacher teaching both the subjects. This results in non-Muslim students being told about Islamic Studies, but not about their own faiths. She asked if that is the right policy. A good teacher of ethics should know about other faiths too.

She argued that overall the prevailing environment in educational institutions discriminates against non-Muslims, who then stop attending it or are forced to conceal their identity.

She inquired the educationists as to what do they expect from non-Muslims after presenting them infidels and vanquished. “How would non-Muslim students be feeling while their faiths are directly hit?” asked Ms. Bashir. The role of non-Muslims in the history of the country, in the books, is denied. “When voting in the last constituent assembly of Indian subcontinent stalemated in a tie, it was a Christian speaker who casted his vote in favor of Pakistan, leading to the creation of this country”, revealed Ms. Bashir.

Saqib Akbar, Chairperson Al-Baseera Trust, argued that the educationists are responsible for creating the different mindsets in the country. He observed Shias use their own lexicon while Sunnis, their own. “This is how we are creating differences in mindsets that are poles apart from each other”, said Mr. Akbar. He further underscored that though we have been blaming the curriculum for creating different mindsets, however, the political elite of the country too are equally responsible in it. He said the portfolio of education is handed over to someone not interested in the position. 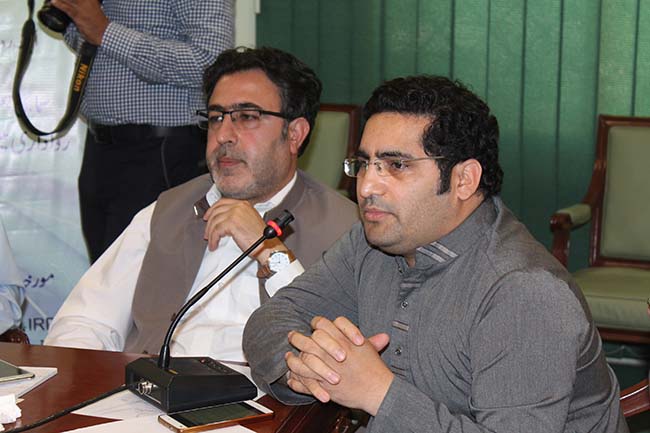 Dr. Ameen reasoned that because it was the state that distorted education sector, only can the state can reform it.

Journalist Sabookh Syed observed that the different educational systems in the country are producing different classes in the society. Meanwhile, Mujtaba Rathore, peace worker, also shared textbook on peace education, with the participants. 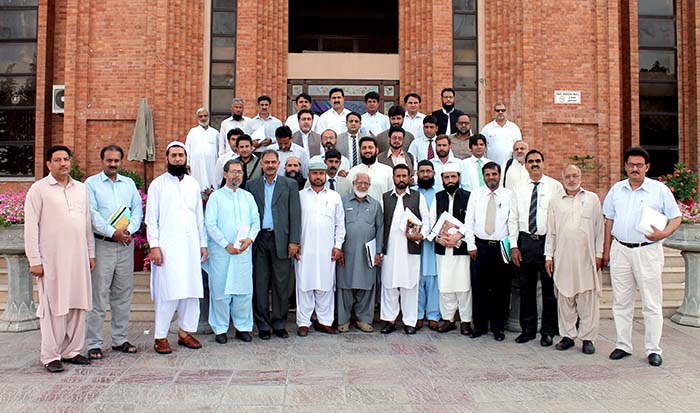