‘As nation-builders, teachers can help raise inclusive and inquisitive society’ 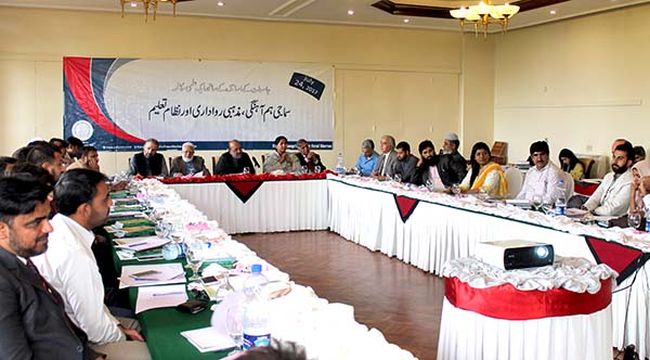 A teacher can sow the seeds of a forward-looking nation in today’s world, by inculcating the spirit of social harmony in the students and equipping them with inquisitive mind open to probe the unexplored.

These thoughts came in a discussion in a day-long dialogue, on July 24, 2017, with over 40 teachers of universities of Khyber Pakhtunkhwa, Gilgit-Baltistan, and Punjab, organized by Pak Institute for Peace Studies (PIPS), on the role of teachers in promoting social and religious harmony. Former vice chancellor Peshawar University Qibla Ayaz moderated the sessions.

Khursheed Nadeem, renowned columnist and anchor, lamented that owing to extreme positions, people do not listen to each other.  This results in collective intolerance. 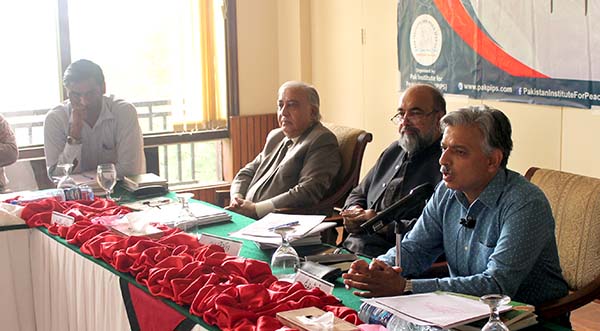 The practice of not listening to diverse views, is an aberration from Islamic traditions, noted Khalid Masud, former chairman, Council of Islamic Ideology. Respecting diversity has been our historic strength, he said, calling for its revival. Unfortunately, diversity of opinions is taken as threat or division.

A teacher can help reverse the intolerant trend by flourishing minds tolerant of the dissimilar views. A teacher can share the existing diverse views on a subject, letting students decide on their own, what they think is reasonable. Anyone can read about concepts and terminologies; a teacher is to equip students with skills of probing critical issues, he said.

Amanat Rasool, religious scholar from Lahore, called for teachers to be subject specialist. “A teacher of philosophy should be a philosopher too”, he said. Only then can he bring his professional lesson to the classroom. 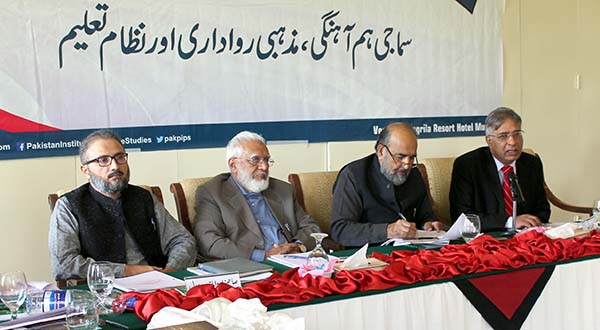 After all, for all the difficulties teachers encounter, Syed Jaffar Ahmed, academic from Karachi University, argued, classroom is a teacher’s domain, where he or she is bestowed with immense responsibility, to be delegated with care.

The dialogue discussed space for non-Muslim in Pakistan. Peter Jacob, executive director, Centre for Social Justice, reflected upon global precedents upholding dialogues among people of different faith. Romana Bashir, presenting the case of non-Muslims in Pakistan, wondered why non-Muslims are kept out of the political processes. She blamed a “certain mind-set” that stereotypes against non-Muslims. This mind-set is found in people of different background, she said. 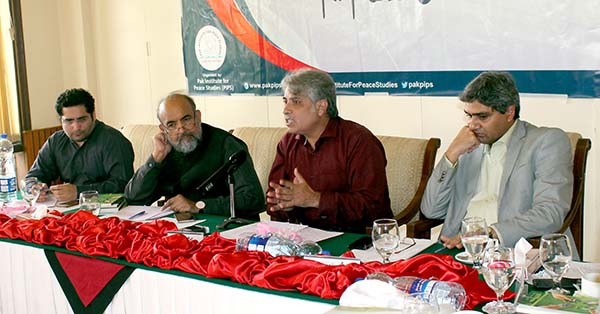 Journalist Sabookh Syed elaborated social media becoming latest tool in denting social harmony, as users are often provoked into action by fake news circulating on the web. He gave examples of fake articles and fatwas, that people mistook as true. Yet, proper usage of social media can help achieve harmony.

Senior journalist Mubashir Zaidi suggested that teachers should learn the basic chapters on the rights and inculcate that to students.

PIPS’s director Muhammad Amir Rana argued social harmony is the need of today’s globalized world, where majority in one area is minority in another area. More than that, he argued, social cohesion has become a yardstick to determine any country’s success. By building cohesive societies, teachers will literally end up building a nation.