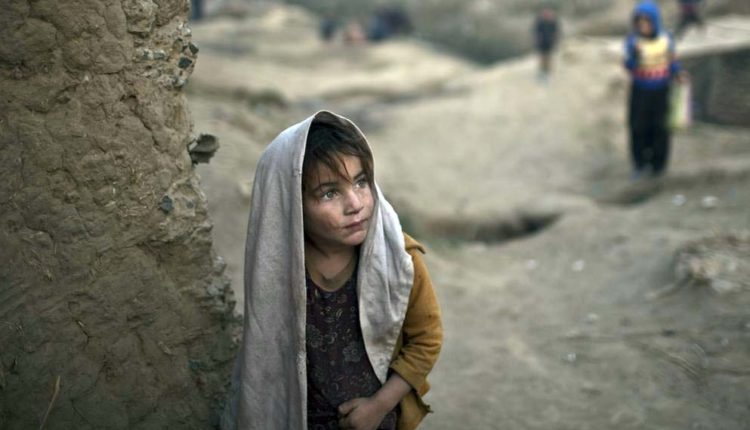 To understand the media narratives and journalists’ understanding of human rights reporting in Pakistan, the Pak Institute for Peace Studies (PIPS) conducted a survey with journalists and media representatives during July and October 2008. The purpose was to comprehend the patterns, quality, treatment and scope of media reporting on human rights issues, and explore the capacity of journalists regarding well-informed, investigative, rights-based journalism. A homogenous sample of 108 print and electronic media journalists from Karachi, Lahore, Peshawar, Quetta and Islamabad was selected for survey. The questionnaire contained close-ended as well as open-ended questions.

The ecology of reporting on human rights issues was also part of the survey to comprehend the threats and pressures being faced by the journalists in this regard, which also limit their investigation and reporting capacity. The underlying theme was to evaluate the role of the media and the mindset of journalists to improve and fill the gaps in human rights reporting.

2. Do you feel yourself sensitised to Human Rights issues?
While reporting issues and incidents, reporters do consider the limitations and obligations through which victims’ self-respect and dignity may not be hurt. The PIPS survey depicts that majority (90%) of reporters and journalists thought they took great care in reporting human rights cases (Table 2). 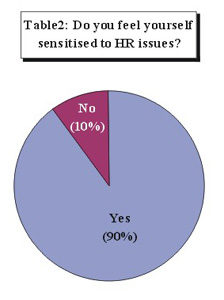 3. Are journalists trained/ specialized to report on HR issues?
Journalists were also asked in the PIPS media survey to comment on their human rights training background. As many as 52% journalists said they had attended at least one training workshop on human rights in their career, and 75% of them had also benefited from these workshops in getting understanding of human rights (Table 3 & 4). 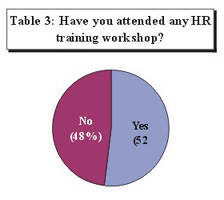 4. Journalists’ sources of information and investigation on Human Rights
The PIPS survey found that 33% journalists are informed of incidents of human rights violations through media itself, 13% by Human Rights Commissioner of Pakistan (HRCP), 20% by the other nongovernmental organizations (NGOs) working in the area of human rights, 14% by the victims and 19% by some other sources (Table 5).

5. Environmental factors affecting Human Rights reporting
As many as 75% journalists said while responding to PIPS survey they received verbal, telephonic or written threats at state and societal levels while investigating and reporting human rights issues (Table7). 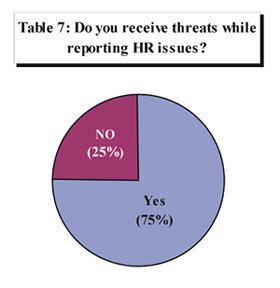 It was found that all these internal and external pressures to journalists were major barricade to investigating and reporting human rights issues and violation cases. Majority of the journalists (72%) were of the view that they were restricted to simple reporting without any investigation due to these pressures and curbs. Only 28% found themselves bold enough to brush aside these ‘complaints’ and pressures (Table 9). 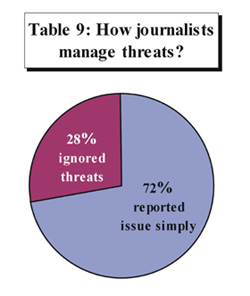 As regards reporting on right abuses in the courts and by the police the 41% journalists again found themselves restricted to simple and plain reporting of the issue, 38% however claimed of highlighting the issue, 11% found themselves being curbed by their institution whereas 10% took an evasive approach to the question (Table 10). 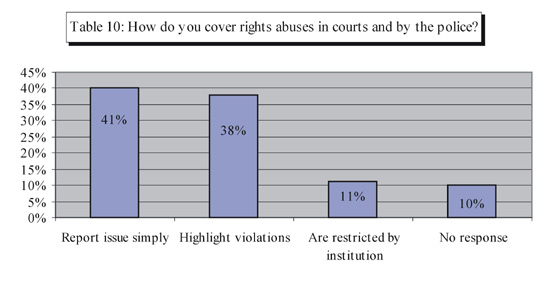 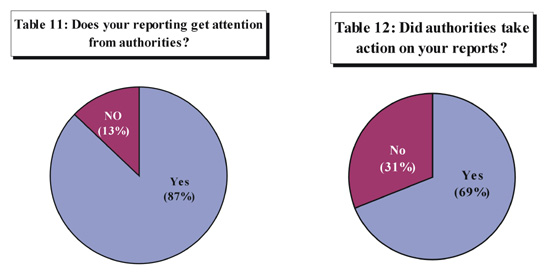 A link between poverty and radicalization in Pakistan