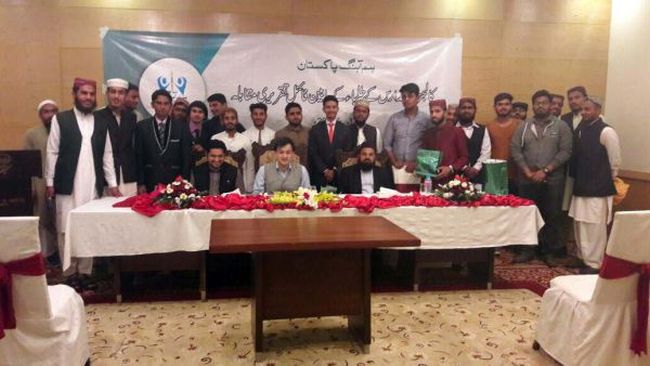 Pak Institute for Peace Studies (PIPS) successfully engaged around 200 college and madrassa students in a series of joint extra-curricular activities with a view to shed mutually held misperception and stereotypes between the two groups. These activities, spanning six months, were part of the “Hum Ahang” (In Harmony) initiative.

Between December 2016 and January 2017, the 200 students participated group-wise in a series of four two-day youth camps in Lahore, comprising of study tours followed by learning workshops.

The first and third camps were arranged for 50 students of Bahawalpur, and the second and fourth for 50 students from Multan. Around 25 members of each camp were from madrassas, and the remaining 25 from colleges.

Once the students had arrived on the night of the camp, an orientation session was conducted with them, welcoming them, introducing each other, and sharing rationale of the initiative.

Students were told that at times, there are various pre-conceived notions among different groups about each other. The same is true of madrassa and college students, who don’t interact much with each other. The two have different conceptions of the world. The purpose of the entire exercise is to do away those misassumptions, to learn if they can learn from each other.

In his welcome note, Dr. Amjad Tufail, a psychiatrist and literary critic, argued social harmony is need of societies these days. In today’s world, when you switch on TVs, there is bloodshed everyone, indicative of the mistrust among people. This mistrust should be overcome.

Dr. Tufail told the students that social harmony is not only for the benefit of someone else, but also for one’s own; after all, if we give respect others, they will respect us too. So importance is harmony to any society that one of the indicators of progress anywhere in the world is social harmony. Countries with social harmony are way ahead than those lacking it. No country in the world can become peaceful, unless it doesn’t overcome differences within it. Talking to each other is must, he said.

He lamented about the division of Pakistan’s education system into several kinds – English, Urdu, and madrassas, with no one of them interacting with each other, at least on the institutional level. Dr. Tufail also talked about getting away with the division between modern education and religious one.

The next day started off with study tour of different madrassas and historic places.

As much as there were gaps between college and madrassa students, within these students, there were differences too. Most blatant of these madrassa students, who, because of studying in sect-based institutions, did not intermingle much with students of other sect’s madrassas. It was found that while a student of madrassa might have visited a college, he would be reluctant to step into seminary of another sect. The study tour helped them overcome this unease. One positive byproduct was that madrassa students started to think beyond sectarian lines.

Students asked questions from madrassa administrators, especially about the role of seminaries in deepening sectarianism. Administrators distanced themselves from those who propagated hatred on the basis of religion. A key administrator of Jamia Ashrafi shared their seminary do not propagate hate on the basis of differences, saying they believe in “neither leave one’s sect, nor touch another’s.”

Similarly, Jamia Naeemia’s head said that generalizing the acts of some to the entire institution is wrong. Those involved in terrorism, he said, should be apprehended, and those who are clean should be given clearance certificate. On sectarian differences, he said difference of opinion is not something to be shy off, just like those graduating with different academic degrees doesn’t mean they have to fight each other.

Later on, students were asked to share what was the striking thing they observed in the study tour, and/or whether there were any similarities between college and madrassas. They were divided into groups, with maximum possible diversity. Each group thereby had students from all denominations of madrassas as well as college students.
They observed that they learnt the importance of communicating with other. The misperceptions are a result of not being in touch with each other. They also learnt the need for overcoming sectarian differences, which even madrassas dislike.
The next day arranged learning workshop, where students were told about contemporary challenges to social harmony, and imparted skills on making speech. (Students of the final camp attended lectures on the first day, and carried on with the study tour on the second day.)
Around 2-3 scholars engaged students in each youth camp, touching upon on social harmony, inter-sectarian, and inter-faith interactions.
One of the keynote speakers Dr. Amanat Rasool argued that differences can never get eliminated from this world. “We should learn to live with those differences, instead of trying to impose them on others.” These differences, he later said, are reflected in variation of thoughts. He called upon students to shun negativity, and orient ourselves towards positivity. He called for shunning negativity.
Saqib Akbar shared the basic features of what a dialogue is. He clarified that dialogue is not meant to win over a contest, but to be able to communicate one’s thought. A good dialogue, he said, should be grounded in facts. “To talk with each other is dialogue”, he said.
At times, people cite religious edicts ostracizing others; the reality, Akbar said, is that people do not bother to go through the complete edict which is full of “ifs and buts”. These “ifs and buts”, or conditions, he said, come from dialogue.
A session of interaction with renowned TV personality was also arranged. Guests included Sohail Warriach, a renowned journalist; Abdur Rauf, senior anchor; Qasim Ali Shah, motivational speaker, and Sajjad Mir, columnist and senior journalist.
Guests touched upon the importance of upholding social harmony in the lives of the individuals and societies.
For each camp, two sessions, one per trainer, were conducted on making an effective speech. Those who trained students on speechmaking included Salman Abid, journalist; Sabookh Syed, journalist-cum-anchor; and Mujtaba Rathore, development professional. 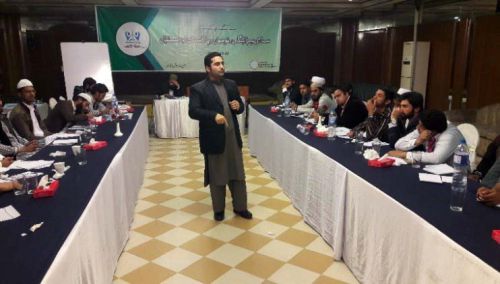 Key ingredients of a good speech, students were told, included content, diction, and body language.
Trainer Sabookh Syed asked students about their favourite speakers. After each student shared their favourite speaker, the trainer made them realize that the speakers they chose, whether religious or political, were appreciated because of their content.
Salman Abid talked about the role of effective speech on social harmony. Merely by words can a speaker help set ground for social harmony in the surrounding, he argued.
Several group activities were conducted with students, mostly focusing on how to bridge the gap between the two groups of people. In one such activity, students were first divided in groups, each having representatives of all schools of thought, and later asked to write down how they can engage mutually. Students suggested frequent visits, learning, exchanges, and debates, among other things.

By the end of the workshop, students were interacting more freely with each other. PIPS realized that instead of inculcating students with ideas and thoughts alone, they should be given opportunities to interact more. More routine activities like lunch, dinner, travelling, etc. enable them to know each other.

The second round of major activities was debate contest among students of madrassas and colleges. First, district-level contest was held in Bahawalpur and Multan separately, the winners of which were then invited in Lahore to participate in final contest.

Students were shared in advance the list of topics for their speeches. Topics revolved around social harmony, justice, and mutual interaction.

Debate contest in Multan and Bahawalpur were simultaneously held on 6 March 2017. The top ten contestants automatically qualified for the final contest in Lahore.

The final contest was held on 13 March 2017, participated by 19 students. Three notable experts served as judges at the occasions.

Students were marked for factors like diction and content. When some students made emotional speeches, they were told not to focus too much on rhetoric, and instead come up with concrete students. In final contest, judges even pinpointed the flawed argument or wrong information shared by some of the speakers.

One cricketing tournament in Multan and one in Bahawalpur were also held on 6 March. At least two matches were held in each district, enabling 4 teams to participate. A reporter-cum-coach supervised the tournament.

Students were encouraged to constitute diverse team, comprising both college and madrassa students. To promote harmony, each team was supposed to have a mixture of both madrassa and college students. The winning teams were given the sporting kits.

The final cluster of activity pertained to a series of activities the students had identified for themselves in their districts. Students were asked to identify activities what can they do to promote social harmony and understanding. The initiatives they highlighted came had a community-centric approach to them, engaging college and madrassa students in activities that focuses on the community.

Following ten such activities were conducted in both Bahawalpur and Multan: 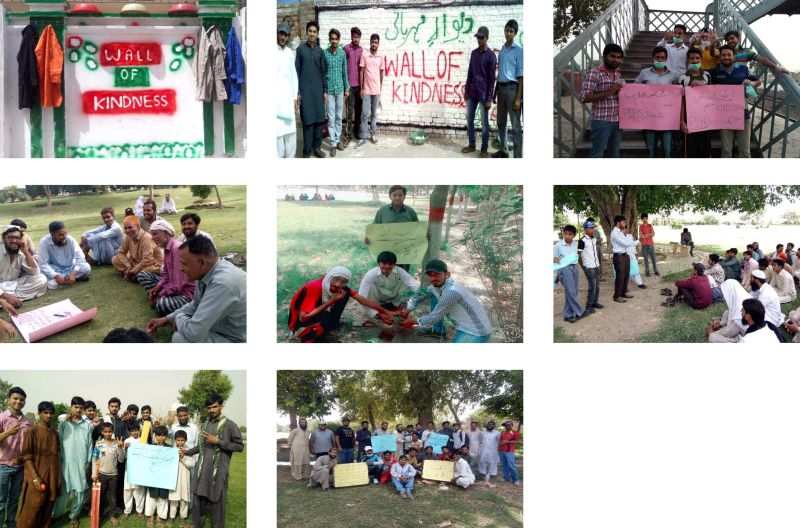