DialogueEventsIslamabadPakistan
By PIPS Published On May 12, 2017 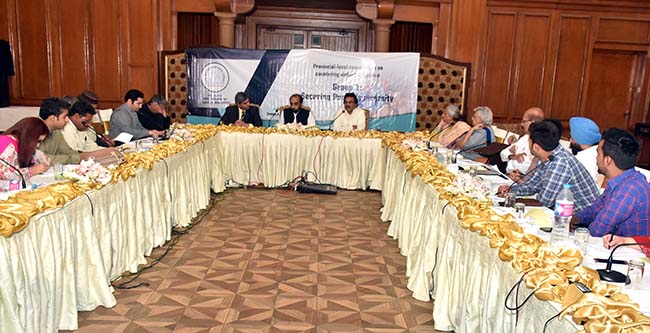 Punjab’s cultural diversity is regarded as shield against the extremist views, but violence has been eroding that pluralism. Even the rich cultural events have been overtaken by narrow events along sectarian lines in otherwise inclusive towns of Punjab.

These views were expressed by participants of the first provincial-level consultation on countering violent extremism. The consultation, aptly titled “Securing Punjab’s Diversity” was organized by Pak Institute for Peace Studies (PIPS) in Lahore on 12 May 2017 and attended by over 25 intellectual, civil society activists from all over Punjab. Government’s representative also shared their views.

Lauding the initiative, Malik Mohammad Ahmad Khan, Special Assistant to Chief Minister Punjab on Information and Culture, recalled that “the Prime Minister requested the pulpit to change the narrative”, referring to the speech of the Prime Minister Sharif at a famous seminar in Lahore, where he asked religious scholars to shed the extremist narrative. The Special Assistant asked, “we have to question: how did this narrative come into being?”

He lamented that political parties are increasingly being narrowed along provincial lines. As a nation, a dilemma “we are faced with as a nation is that our political parties are turning into region-based parties”, referring to how Pakistan Peoples Party is confined to Sindh while his party Pakistan Muslim League (Nawaz) is accused of having support mostly in Punjab.

Researcher and columnist Tahir Mehdi came hard on the current trends in social behavior of living with a class-based mentality, of interacting with certain class.

He shared that while in Punjab, the second-most populous faith is Christianity, they are not accorded equality, because nationality is linked to the dominant faith, Islam. This despite that they are indigenous to the soil. Yet this lens is missing when it comes to “white Christians”, those of European descent, they are welcomed by the society. The issue therefore has more to do with class, than faith per se.

He agreed that cultural diversity can ward off creeping radicalism, but the former has escaped to the background. “Our culture has been weakened over the passage of time”, he said, adding that “any effort to revive its strength is by merely holding short-term events, thereby having no long-term impact over the society”.

Still, sports – an important cultural component – are in deplorable condition. “Areas specified for sports activities in Punjab have now been taken over by government buildings and schools”, recalled Mehdi.

He was of view that democratic systems and behaviour promotes culture of tolerance and patience in society, which ultimately enables understanding of humans by providing spaces to others.

“We are divided into sects in Islam whereas Islam forbade us”, he noted. He narrated that Christians of Egypt once requested caliph Harat Umar (RA) to allocate necessary funds and land for the construction of church, and he accepted the request.

He called upon focusing more on duties than rights to promote tolerance and equality.

Muhammad Amir Rana, director PIPS, elaborated the efforts made against countering extremism and violence; he said that such efforts should be multi-layered, including at the provinces. The goal of the dialogue forum is to discuss the issues faced at the level of the province, in particular the largest, Punjab.

Shahid Mehmood, director Ajoka Theatre, Lahore, who was chairing the session, recalled that diversity was profound in the land of Punjab but received a setback with the passage of time. Today the spaces for non-Muslims in Punjab have diminished. He blamed past policy for churning dark narratives that only fed despondency among the people of Punjab. It was this narrative, he shared, that justified withering away of Punjab’s local festivities, like Basant, celebrated to mark the arrival of spring. Attacks on Sufi shrines are another manifestation of the rise of those dark forces.

Zahoor Ahmad Darija, Chief Editor Jhoke Multan, linked dispensation of cheap and quick justice to common people, with the establishment of healthy and inclusive society. He shared that it was said that justice is what makes the universe works.

Nadeem Omer Tarrar, former director National College of Arts Rawalpindi, opined that culture has been put aside in the name of religion. This is wrong trend. “The vacuum created by culture is alarming”. The tsunami of globalization has been fiercely hitting at native cultures too. He called for according importance to local cultures.

Dr Robina Sehgal called for limiting cultural norms too. “When a member of national assembly openly defends and declares burial of living woman as part of their culture, then, we have to seriously consider boundaries of culture”, she pleaded. She argued that state, by its very nature, has to be inclusive of all citizens, from all faiths. 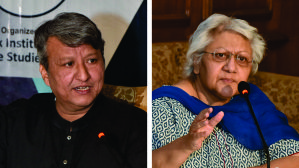 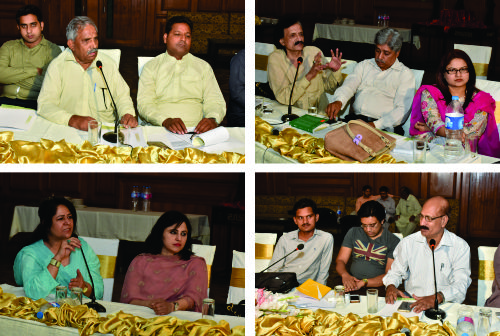