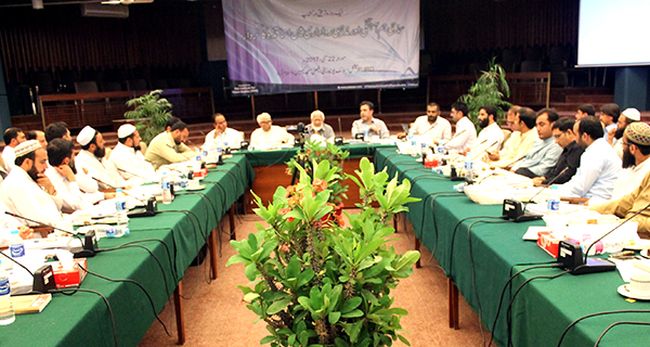 Teachers can help in building a healthy and inclusive society by supporting and building environment in classroom that promotes atmosphere of tolerance and co-existence among diverse background students. Pre-requisite for such an environment is that teachers should be properly trained and well-off in respective knowledge areas.

These views came in a workshop for over 30 college teachers from Gilgit-Baltistan and all the agencies of Federally-Administered Tribal Areas (FATA). The workshop, on the role of teachers in social and religious harmony, was organized by Pak Institute of Peace Studies, an Islamabad-based think-tank, together with the Iqbal International Institute for Research and Dialogue (IRD), Islamabad on 22 May 2017.

Diversity is integral part of the society, teachers were told. There are multitudes of people in the country; having different sets of opinion is therefore unavoidable. The key to progress, and survival, lies in living with those differences without resorting to conflict. And the foundation of that society can be built by none other than teachers, who can groom future generations on how to be respectful of each other, even those they disagree with.

Dr. Husn ul Ameen, director of the IRD, argued the essence of diversity is like mellifluous music, in which “each instrument of orchestra has its distinct value; yet, all of them co-exist in the same space.” The opposite of diversity, he warned, is noise. In social sphere, the opposite of diversity is conflict. He reiterated the concept of cohesive and inclusive society where foundation of arguments are based on logic. “The gap and distance between state and family institutions is known as society”, revealed Dr Amin while addressing the challenges being faced by our society today. There are broadly six challenges the society faces: racial, religious, political, nationalism, pluralism and class division in the society.

Earlier, Dr. Khalid Masoud, former chairman, Council of Islamic Ideology, building on this thought, observed that a diverse atmosphere, built by teachers, can help counter extremism too. That could be their major contribution. “The spread of Islam could be attributed to its feature of upholding diversity, and was the reason many nations embraced and entered into Islam ambit along with their customs and values”.

Teachers argued they are often blamed for the problems not in their control. Some blamed the entire curriculum, being outdated, does not reflect diverse values of the country. Students do not feel connected with what they are taught. Teachers from FATA wondered if even talking of social harmony is possible in the conflict-ridden tribal areas. 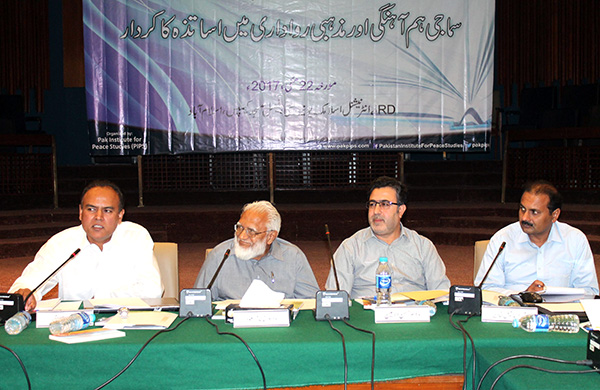 But speakers advised the teachers to achieve diversity by playing their due role in what limited capacity they can, amid whatever little space they have. In a classroom, a teacher is supposed to treat all students with equality; a teacher can encourage students to ask question; and when a question is asked, a teacher should provide multiple responses, in a way opening multiple vistas to students.

Rashad Bokhari, development professional, advised teachers should ensure their availability to students. A teacher’s role is not confined to classroom, he noted. A teacher should be self-aware and be equipped with updated knowledge and teaching methodology, he said. “Most importantly, teachers have to make sure that knowledge sharing is a two way process and teachers have to take it with utmost attention”, added Mr Bokhari.

While responding to one of the respondent questions about teachers training after induction process, Mr. Bukhari said that it is very important to train teachers before sending them into classroom, “this is part of our induction program but unfortunately is not implemented properly besides lack of providing them refresher courses over the course of time”.

Meanwhile, Romana Bashir said that non-Muslims are taught content that doesn’t fall in the faiths despite the fact that Article 22 of the Constitution of Pakistan exclusively maintains religious freedom of every person. “A student can’t be forced to go to a place where the teachings imparted are against his religion and sect”, said Ms Romana. She argued that curriculum advisory board has laid down rules that no such material be included into syllabus that hurts any one sentiments, “in fact our curriculum is full of such material that are hurts the non-Muslims directly”. She asked teachers to adopt attitude that fits both Muslim and non-Muslims simultaneously, “teachers have to shun biases and uphold neutrality in classroom”. 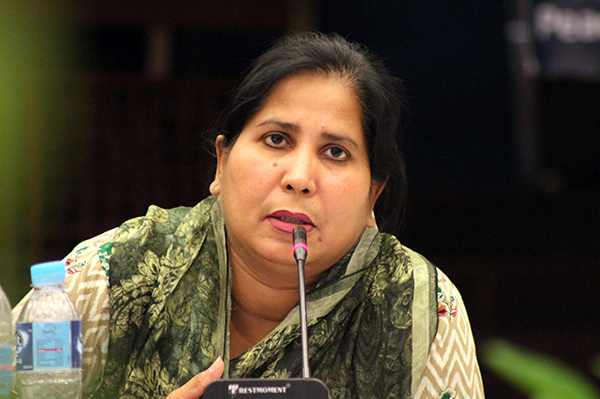 Meanwhile, Mujtaba Rathore presented findings on how to shape peace education in the county. He distributed textbooks on peace education, which was developed for madrassahs, in consultations with religious scholars. Dr. Fateh Muhammad Malik also spoke on the occasion.

Participants at the end of the workshop suggested few recommendations about the way forward to the confronted issue of social and religious harmony. One, they suggested to keep focus on imparting necessary trainings to students besides education. Two, curriculum should also include study material pertaining to social and religious harmony. Three, there is a dire need to promote ethical values than simply focusing on educational curriculum. Four, teachers have to be unbiased and should not have any political or religious affiliations. 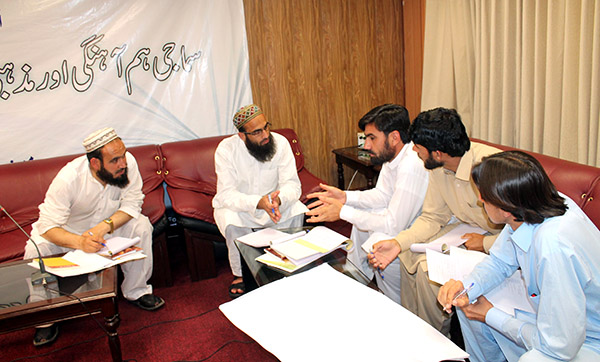