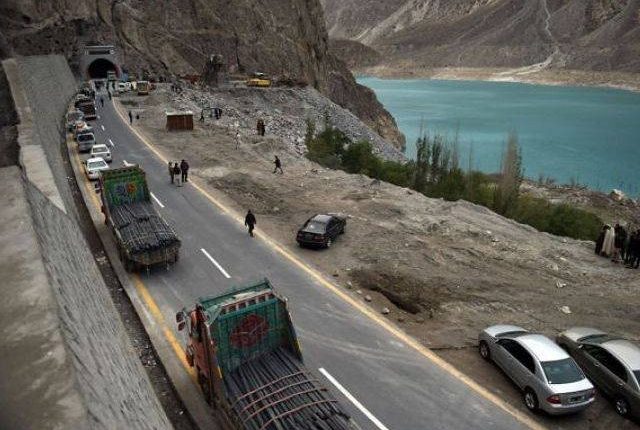 Taj Haider
(The author is a former Senator, who headed Senate’s special committee on CPEC from 2015 to 2018. The analysis is based on the author’s experience as head of that committee.)

Amid all the debate on the future of CPEC, one should not forget the pressing issue of due share in the project, demanded by different provinces. The previous government, despite promises, failed to do satisfactory job to this end. The incumbent ruling party Pakistan Tehreek-i-Insaf (PTI) and its regional allies, especially in Balochistan, have promised addressing those grievances. To do so, they are well-advised to consult the rich recommendations presented in the five reports of the Special committee of the Senate on CPEC.

For three years, I served as the Convener of the Senate’s Special Committee on CPEC. This committee was formed in May 2015 by the Chairman Senate, to allay the protesting voices mainly on the selection of the route of the China-Pakistan Economic Corridor (CPEC). Protesters, mostly political forces from smaller provinces, had accused the central government of Prime Minister Nawaz Sharif, whose party also ruled Punjab, of intentionally prioritizing the eastern route, which passes through Punjab and Sindh, at the cost of the western route, which goes through Khyber Pakhtunkhwa and Balochistan. Any route selected for CPEC entailed fostering economic activity; its exact location therefore became a point of contest among parties, and arguably between the federating units.

There were other concerns too, especially by the western provinces on what was there for them in the CPEC. The Honorable Chairman of the Senate was also pleased to formulate a list of his questions and concerns upon which he directed the committee to deliberate. Our committee brought up those issues for discussion. With 23 Senators as its members, it was the largest committee of the Senate and its mandate had been kept quite comprehensive. It could monitor all aspects of CPEC. Members came from all parties in the Senate. The Minister for Planning, Development and Reforms (PDR), who was the public face of the CPEC projects, was also its member.

Many stakeholders, opposition party members, and eminent persons were invited to the committee. They were asked questions on the status of the projects. Unfortunately, the Minister of PDR, faced with a barrage of questions in the very first meeting of the committee, stopped attending the meetings afterwards. It is noteworthy that, under the Senate rules, the relevant ministers of different projects under discussion are obliged to attend committee meetings.

In response to the queries, pertaining to the concerns of western provinces, the government came up with the very strange concept of “early harvest” – working on those projects which can be harvested earlier. Their argument was that if they completed the eastern route first which ran through the developed areas of the country, the returns, or “harvest”, would start accruing sooner. Many of those developed areas were in the eastern provinces. The western route, which was less-developed, could be taken up later sometime around 2030 by this logic.

To us, what it meant in reality was that the gap between the developed and the under developed marginalized areas would further increase. After all, all the subsequent investments were to be made along the route that is constructed first. There were worries that once the eastern route was established, the construction of the western route could have been postponed forever. Already, with the development of a much-deeper Tipu Sultan port in Karachi, Gwadar port’s utility could be questioned. A core value of the western route was its connection to Gwadar.

It is noteworthy that in an All Parties Conference in May 2015, the Prime Minister had already announced that the CPEC route would pass through Khyber Pakhtunkhwa and Balochistan. The stance taken by his government before the Senate committee was in direct conflict with the consensus developed in that APC. Taking heed of these developments, in September 2015, I, as Convener of the Senate Special committee on CPEC, wrote a letter to the Prime Minister, in which I requested that a committee delegation wanted to meet him to apprise him of how, among other things, the decisions Prime Minister had taken in front of all parties were being violated by his own government. Sadly, the request was not granted.

Meanwhile, on January 10, 2016, an All Parties Conference on CPEC was organized in Islamabad by Balochistan National Party (BNP). The conference invited me to brief the participants on the work done by the Special committee, and also on the genuine concerns that had been expressed in the committee meetings by its members. The BNP Chairman Mr. Akhtar Mengal, who presided over the Conference, said that deprivation of due share of Balochistan had triggered separatist insurgencies in the province.[1]

This APC and its wide media coverage generated a lot of pressure on the government. Subsequently, the Prime Minister held another APC, in January 2016, which decided that a proper four-lane motorway will be constructed on the agreed route through Khyber Pakhtunkhwa and Balochistan on priority basis.

But again, as of now, the promise remained unfulfilled.

Instead, the old, narrower roads in Balochistan were merely carpeted afresh. These roads, only seven-meters wide and without the firm base of a proper motorway, cannot carry the heavy loads of 60-80 ton trailers. More so, while crossing a trailer coming from the other direction or overtaking a trailer, one of the trailers would have to go off road with dangerous consequences. All this meant that the prospects of generating economic activity in that part of the country had been put to rest for good.

Even the much-lauded Gwadar Port in southern Balochistan may take time to develop, in the presence of, as discussed above, Karachi’s Tipu Sultan port. Recently developed, it is 18 meters deep. Gwadar Port is claimed to be not more than 14 meters deep, which too has been lost to heavy silting in the absence of a proper break water wall. A difference of even one meter depth makes a huge difference in terms of the size of the ships that can be docked.

Moving on, regardless of which route is operationalized first, Gilgit Baltistan remains indispensible for CPEC. Yet not a single dollar has been allocated to it in the entire CPEC project. Our committee visited Gilgit Baltistan for five days, where we saw with our own eyes how badly the area had been marginalized in CPEC and what was needed to be done in the area, on war footings.

The famed Karakoram Highway (KKH) is only seven meters wide, much of it running parallel with the Indus River. Prone to regular land sliding, the KKH can in no way cater to the two-way heavy traffic, not least during the entire year. Even Gilgit city, without any proper traffic system and with no areas for parking and repairing cars or storing goods, can become a bottleneck, resulting in long traffic jams. To reduce the traffic congestion on the way, the committee proposed a range of suggestions: two routes alternative to the KKH, two additional lanes to KKH on the other bank of the river, and bridges over the river after every 10 kilometers. There are many other suggestions, including on power plants, in the report on our visit.

Less than a month after the committee’s visit, a high-powered delegation from China visited Gilgit Baltistan, where it met local representatives. They were in turn also invited to visit China. I am told those meetings were quite productive. The results were evident too: The size of CPEC was expanded to include some of the hydro-electric projects, as proposed by the committee in its interim report. Work on the alternate route that connects Chitral with Gilgit has also started. This much is positive.

Our committee members worked hard, actively contributing in the discussion and proposing realistic solutions. The five reports they produced were all adopted by the Senate, thereby giving them the status of the directives to the government, as per Senate rules. If for some reason, the government cannot implement the recommendations, according to rules, it has to give the reasons thereof within two months. The then government, however, did neither.

Unfortunately, it was said that the decisions about CPEC projects were taken by the Chinese side and the Pakistani government cannot much listen to the demands of the provinces. I categorically deny this stance. Close coordination between the two partners remains a pre-requisite of CPEC. It included the then government too. As to the final decisions for projects inside Pakistan, such as the choice of the CPEC route, they have been taken by the Pakistani side. Quite a few times, our committee demanded that the minutes of the Joint Coordination committee (JCC) meetings should be shared with us. The JCC is high-level committee involving Pakistani and Chinese officials, who deliberate on CPEC projects. We were promised the minutes will be shared. By the time I left, nothing was shared to that end.

The larger question is this: if a project has been made for the benefit of the common people of Pakistan, why is its implementation kept so secret and in camera?
That no comprehensive feasibility has been made for CPEC, a project worth billions of dollars, seems strange. Decisions are taken, and consensus promises broken, at whims and fancies. This has to change.

The committee is still functional and includes members who are now in the government. Older members of the committee have a deep understanding of the issues. I hope the new government listens to them.