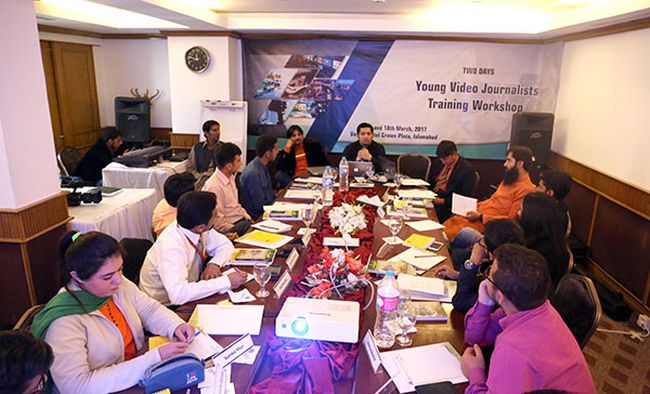 On March 17 and March 18, Pak Institute for Peace Studies (PIPS) trained 12 media students on the essentials of video journalism, in Islamabad.
12 students from mass communication & media studies departments were selected from a pool of several universities from all over the country. Students came from the following universities and outlets:

All of these students aspire to be video journalists in the future.
Students were trained on producing video reports on a diverse set of issues, mostly to portray the positive image of Pakistan. Their work will be further disseminated through the social media platform of Pakistan Saga. 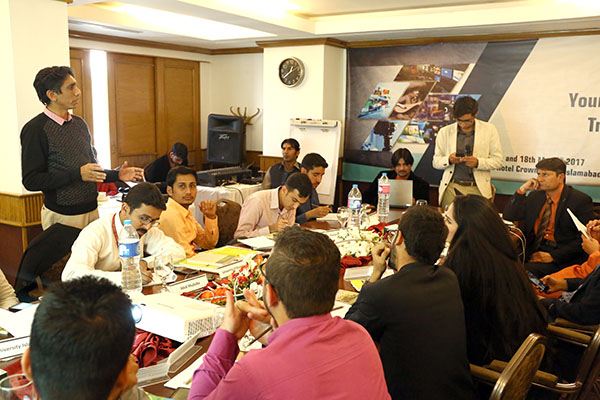 The two-day “Young video-journalists training workshop” was part of Pakistan Saga (www.pakistansaga.com), an initiative aimed at countering violent extremism and appeal of extremist ideologies on cyberspace and at promoting inter-faith harmony and peace. Under this initiative (PIPS) carried out several activities with the purpose, to explore and promote on social media the youth’s perspective on the challenges facing peace, social harmony and stability in Pakistan.
On the first day of the workshop (March 17), professional journalists and trainers conducted sessions with the students, teaching them about key ingredients of short video reports.
•    Senior reporter Azaz Syed, in the first session, “The Art of Short Video Reports”, introduced students with the brief concept of gathering information and collecting data, before finalizing any report. He briefed them on producing informative short video reports.
•    Bureau Chief, Channel 24, Aoun Sahi, in the second session, “Ethical Issues in Media Coverage”, threw light on the ethical principles set by media organizations to make reports. He stressed upon an unbiased approach towards reporting on any issue.
•    Senior journalist Sabookh Syed conducted the third session, “How to Evolve an Idea for a Short Film / Documentary or Visual Report”.
•    The fourth session, “Creative ways to filming an event/documentary”, was conducted by Ammar Bilal, Radio Pakistan.
•    The last session, “Camera Techniques” was conducted by award-winning senior video journalist Salman Idris Qazi.

On the second day of the training workshop, PIPS arranged an outdoor visit to students for selecting ideas to produce reports on. A group activity was contacted, enabling students to think about the ideas. PIP further polish those ideas and assigned students to produce the short videos. 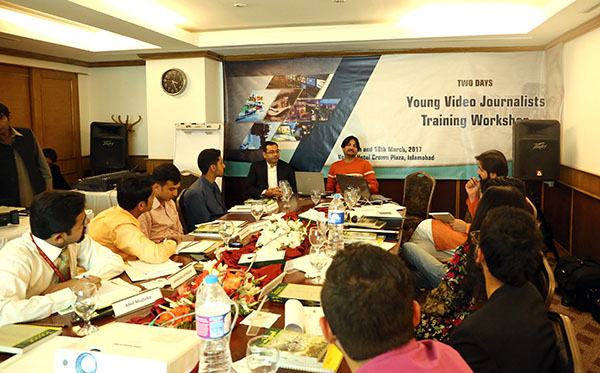