Despite divisive regional scenario, CPEC can achieve goals of connectivity

ChinaEventsPakistanRegional and global security
By PIPS Published On Mar 1, 2017 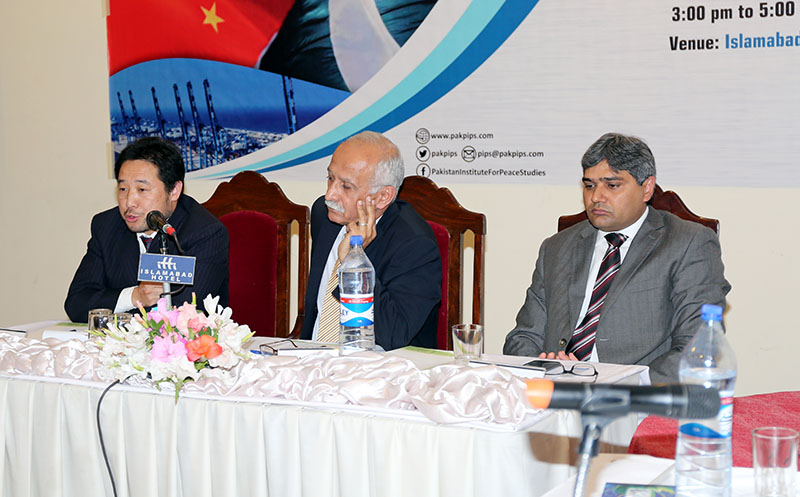 The emerging scenario in region around Pakistan is bereft with differences, rivalry, and insecuriy, a situation likely to exacerbate under Trump administration. Even CPEC gets played in those differences. But with right set of policies, Pakistan can achieve the CPEC, with an added outcome of bridging divides. These were some of the key thoughts that emerged from a seminar on “Changing Regional Scenario and China-Pakistan Economic Corridor (CPEC)” held in Islamabad, organized by Pak Institute for Peace Studies (PIPS).

Hu Shisheng, a scholar from China Institute of Contemporary International Relations (CICAR), a prestigious think tank in China, was the keynote speaker of the seminar, which was attended by journalists, diplomats, experts, and students.

One of the key challenges to CPEC, speakers noted, emanate from the geo-strategic scenario.Hu Shisheng reminded how Indians are time and again mentioning that CPEC goes through its route. But Dr. Fazl took the point beyond the route, saying CPEC gives India strategic disadvantages. That, he alluded, could be a cause of its concern over CPEC.

Participants explored as to how the regional scenario might be evolving under the new administration in the US, and how CPEC will fare.

Several argued that America’s policy towards Pakistan and China will not be much different than Obama’s. RaoofHasaneven feared that Pakistan’s strategic objectives may not align with India or US.

Hu argued that the US policy will be more inclined towards India; towards Pakistan, it will be “downwards”; toward Afghanistan, it will be of “holding.” Largely, the focus will be on the western Pacific region, including South China Sea. South Asia may not be that visible.

Former foreign secretary Inam ul Haq term One Belt, One Road, of which CPEC is a part, as one of China’s strategic initiatives, which appear as alternative global institutions, alternative to the western world’s. 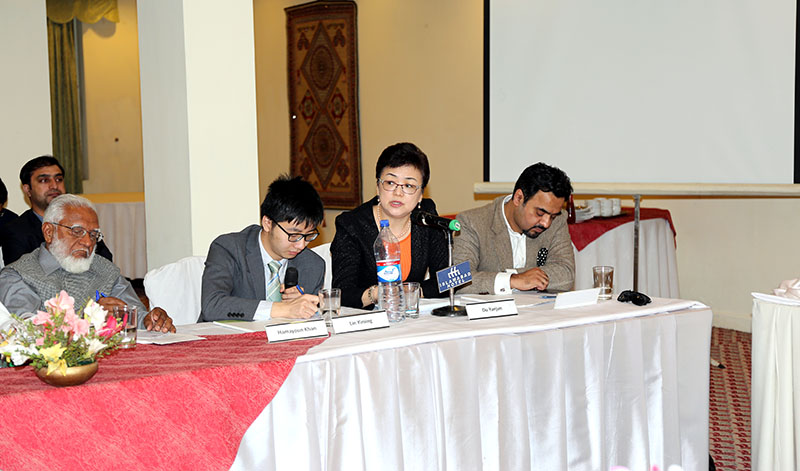 Hu Shisheng said Trump will focus more internally than externally. Because of being focused on internal issues, the Trump administration might find not want to continue with the 23 billion USD annual support to Afghanistan. “To Trump, that will be too much”, Hu said. Speakers linked peace in the country to peace in Afghanistan.

The seminar also touched upon the threats to CPEC from militants. Raoof Hassan, head of Regional Peace Institute, agreed, terming security situation as a “vital variable” towards CPEC goals. The sudden spike of attacks in February has caused concern, it was noted.

General (Retd.) Masood Aslam, chairing the session, warned of the “morphing” of several non-state actors; there are news of the Islamic State (IS) in eastern provinces of Afghanistan. 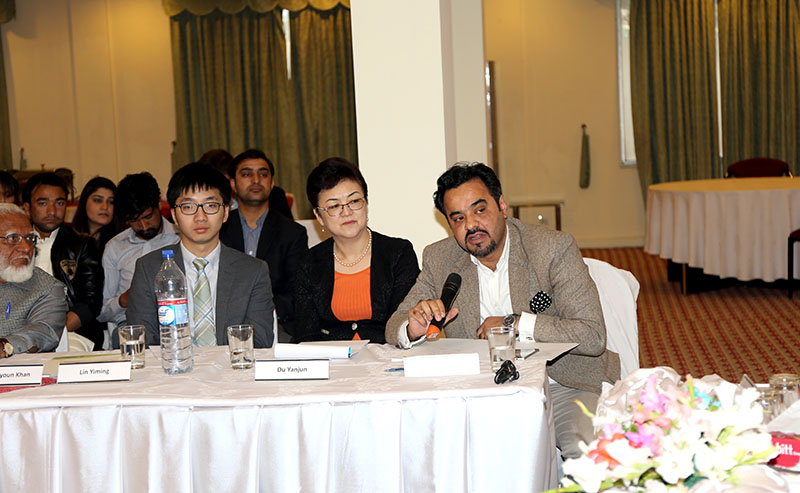 Despite all this, speakers called for all countries in the region to work for better cooperation. Raoof Hassan, he said, is no longer a “zero sum” game, and that Pakistan needs to evolve friendship with Afghanistan. “All paths to cooperation goes through Afghanistan,” he said. Scholar Hamayoun Khan said there should be joint efforts in terms of bringing India in regional connectivity projects.

PIPS’s head Amir Rana noted the rise of IS also offers opportunity for regional countries to cooperate with each other. He argued that the stresses in the region predates the US elections. And there is more and more talk of regional connectivity, which should be tapped. “The optimism from CPEC was not only for Pakistan, but for entire region”, he noted.

In his keynote speech, Hu said one challenge to CPEC, revolves around domestic differences in Pakistan. These are “not only between civilian and military establishment, but also between parties and different ethnic groups,” he noted, and shared they do not want to go on CPEC in a way that that “internal differences become enlarge.”

Pakistani participants replied that domestic internal struggle will be taken care, through parliamentary forums. Instead, Dr. Fazl-ur-Rehman, an expert on China, noted, the challenge emanates from outside. 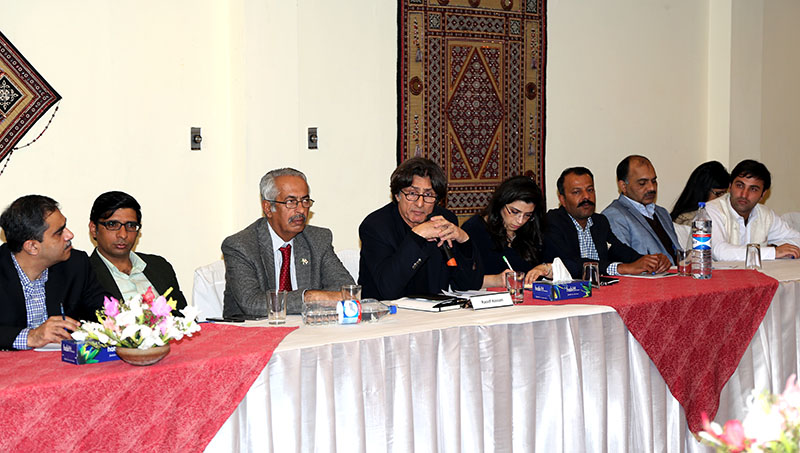 Speakers also talked about overcoming bureaucratic or institutional delays. At Pakistan’s end, for instance, Hamayoun shared, the issue of acquiring land legally for CPEC should have been settled before.

Similarly, several projects were highlighted without proper homework. “No MoU was signed. No background work was done”, he noted.As a result, some projects could not be achieved because of these.

To this end, Dr. Fazl recommended that besides ensuring transparency on the projects, feasibility studies be conducted, which look at the projects through the metrics of “innovative, environment-friendly, and sustainability.” 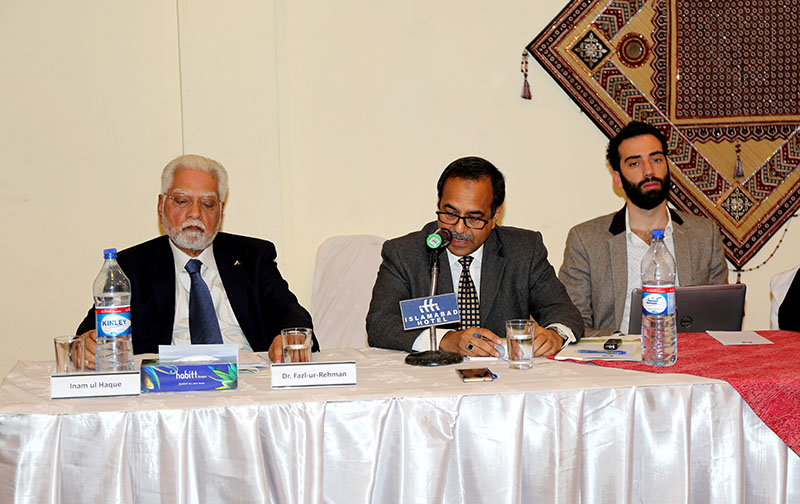