Counter-violent extremismEventsIslamabadPakistanPolitical violence and terrorism
By PIPS Published On Nov 16, 2016 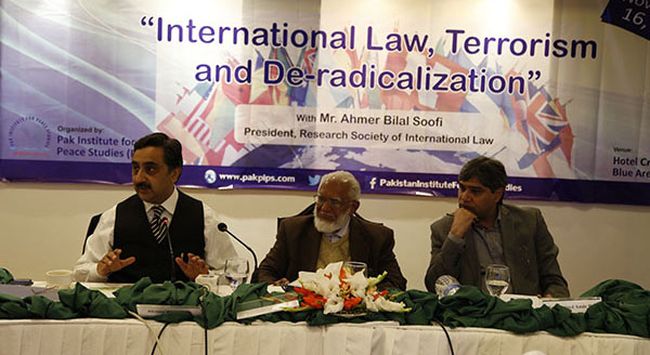 Pakistani people from all shades of society should be sensitized on Pakistan’s obligations under international law, especially the treaties Pakistan is bound to follow. This will greatly steer their thoughts away from getting radicalized too easily.

These views were expressed by international law expert, Ahmer Bilal Soofi, in his exclusive talk hosted by Pak Institute for Peace Studies (PIPS), an Islamabad-based think-tank studying conflict and security related issues in the country. Lawyers, academics, scholars on conflict, and journalists attended the talk.

Presenting his case, Ahmer Bilal Soofi, also president of Research Society of International Law, argued the current international-law framework in the world dates back to 1945, when the sovereignty of state was accepted the world over. The United Nations’ Article 2-4(A), for instance, deemed it illegal for “member states” to declare war on each other. Many states, including Pakistan, are bound by that international framework, including its several treaties.

Yet this global reality seems to have lost upon many in the Muslim world, including scholars. Many, he lamented, still romanticize about the pre-1945 world order, when force was exercised to annex territories in the name of common bonds, and when trans-national ideals were upheld. “Nasim Hijazi”, he said is “no longer relevant.”

Sharing examples, Ahmer Bilal debunked the arguments the extremists invoke to justify their actions. For one, he said, those radicalized often say they don’t accept the constitution of Pakistan. Those who say so, he called upon, are “ideological alien enemies.”Many militants fall in this category. “Al-Qaeda and Taliban are violating Article 5 of the Constitution”, he emphasized.

Moreover, Bilal said, sensitizing people with international law will help them understand the constraints of the leaders. Even the notion of sovereignty of each state stands reduced due to these commitments.

Commenting on how international law will help check administrators, he said if a district official knows that international law has declared someone a terrorist, the official will be duty-bound not to permit the person or his group holding rally. At the moment, Bilal said, many are unaware of such compulsions. 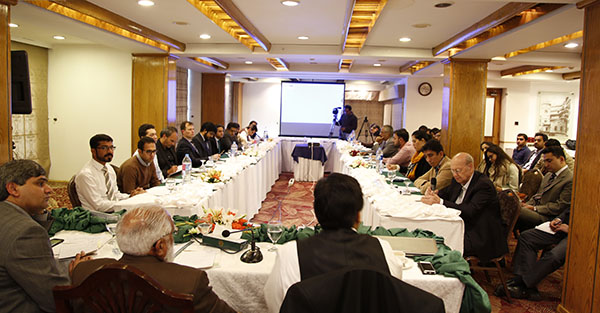 Ahmer Bilal recalled a judgment of Federal Shariat Court had claimed many legal statutes in Pakistan as along the lines of Islam.

Dr. Khalid Masud, who moderated the session, agreed. As former head of Council of Islamic Ideology, he had found more than 90% of lawsof Pakistan as being compatible with Islam. Students should be taught that the Constitution already espouses clauses which uphold Islam; there is no justification for rebellion, he said.

Meanwhile, Director PIPS, Muhammad Amir Rana, appreciated the approach of sensitizing people with international law. He shared that PIPS found how disregard for constitutionalism is one of the facets of violent extremism; internalizing students and teachers with the respect for international law will help check that disregard.

Ahmer Bilal shared experiences from his work with some students who were sensitized on international law. Initially, they were “skeptical”, he said, adding that upon close reading, many admitted that had they known about the treaties their state has committed, they would be wary of taking action that embarrasses their state, Bilal concluded. 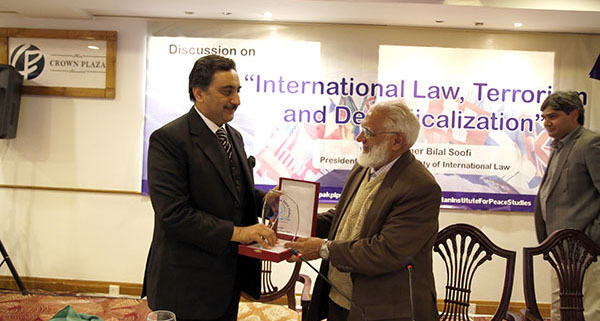 He recommended that in the long term, among other things, the madrassa syllabus be inserted with a course on international law containing texts related to UN Charter and other important conventions.