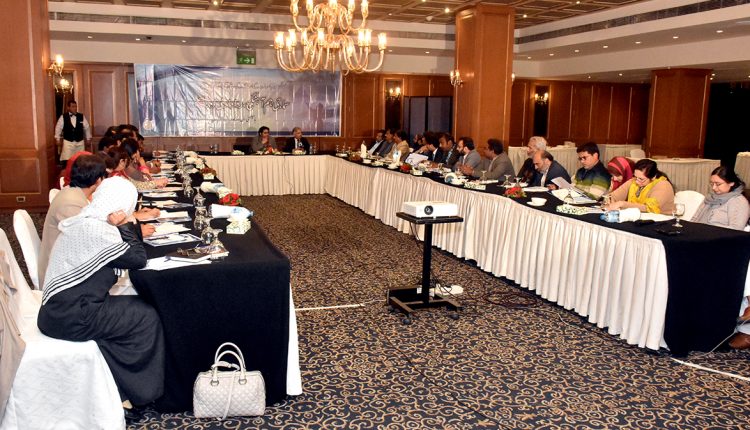 The culture of one-way communication is so dominant that people tend to talk at each other, rather than talking with each other. To bridge gaps among citizenry, culture of two-way dialogues need to be promoted. Such dialogues can easily be promoted through educational institutes, by channelling diversity of thoughts in the positive direction.

These thoughts came in a two-day dialogue with college teachers, on “Role of Teachers in Social Harmony”, organized by Pak Institute for Peace Studies (PIPS) in Lahore. Around 35 teachers from central and southern Punjab, with sessions led by leading scholars, educationists, and opinion makers. It was fifth in a series of dialogues with teachers, social harmony.

Former chairperson of the Council of Islamic Ideology (CII) Khalid Masud said we are living in a world where we are in frequent interaction with diversity. This diversity should be respected and promoted. Unfortunately, he said, diversity is rather subdued in the name of uniformity, which inevitably results in extremism. The tide of intolerance can be reversed if we listened to each other, which can made possible by promoting culture of dialogue among different segments of society. Teachers can significantly help create such culture. He underlined teachers prior responsibility is to set an environment that promote social values like peace, harmony and dialogue. 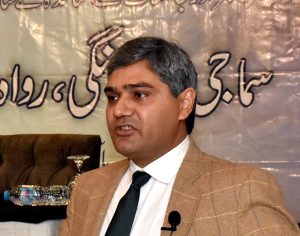 PIPS Director Muhammad Amir Rana encouraged that more and more questions should be asked. He called for asking question, devoid of revolutionary agenda, saying it should be constructive and must promote consciousness. This is the right way to explore something. “A question”, he said, “should not be tied to any agenda, but should have the purpose of addressing curiosity.” Teachers agreed that the tradition of questioning can enable them to conduct proper research and generate knowledge.

He also discussed the importance of dialogue. He asserted critical evaluation and assessment of a problem is necessary to understand how to promote dialogue in society. Dialogue is not successful without proper understanding of a problem indeed. 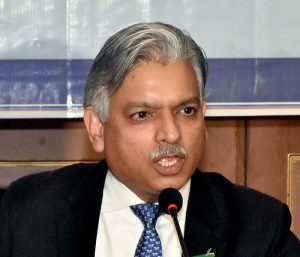 Khurshid Nadeem, senior analyst, shared his thoughts on role of state, religious and academic institutions, and said society should be free in opinion formation. State is merely a facilitator; it is not responsible to build ideology. It provides resources at social and educational level to pave way for wisdom, creation and innovation. On the contrary, should a state indulges in opinion building, it ends up promoting environment of violence and uncertainty, which leads to intolerance. Hence, it is important to identify the role of state. He said there is need to trust the social abilities by empowering them instead of enforcing ideologies in society. He clarified that separating religion from state doesn’t mean ignoring religious guidance on moral values; instead, it means religion should not be used for political gains. 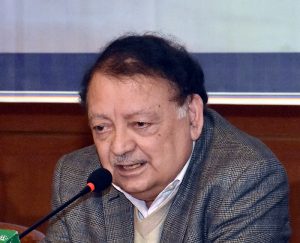 He too endorsed culture of question in research. A question based research averts unnecessary discussions and leads innovation and the socio-economic development. In the developed countries, teachers and students are encouraged to ask question. Only then can new knowledge be produced.

Executive Director of Centre for Social Justice, Peter Jacob, said while different groups are facing different problems, non-Muslims in the country often feel alienated from the mainstream. This despite their significant contribution in the creation and progress of Pakistan, he said. The difference between majority and minority is widening, he said. He called for upholding rights of all, irrespective of their backgrounds, as also mandated in the Constitution. He further urged formation of a democratic state where minorities should not feel isolated.

Journalist Sabookh Syed said while people often tend to look at the state for solving problems, when it comes to social disharmony, the solution lies as much in the hand of state as an individual like teachers. In the classroom, with their acts, they can help promote social harmony, respecting diversity of opinion and encouraging critical questions. Teachers should utilize their efforts to create social harmony among their students and other society members without any social bias. They, as a teacher, can play a vital role in this national cause of promoting social cohesion.

On the second day of dialogue, participants suggested different ways to improve harmony, brotherhood, and peace in educational institutions.