EventsMedia for peacePakistan
By PIPS Published On Jul 27, 2016 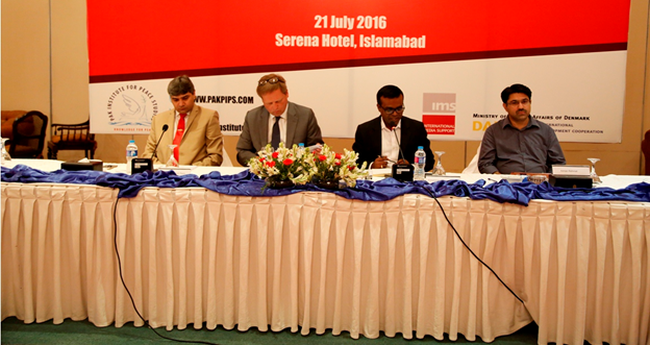 Participants at an international conference called for substantial reform of the law and practice of media regulation, asking for bringing them in line with relevant constitutional and international human rights standards. They also called for strong protection of freedom of expression, underscoring how media underpins democracy and fights corruption.

These demands were part of the statements released at the end of the day-long international conference on media regulations, organized by Pak Institute for Peace Studies, an Islamabad-based think-tank.

Participants at an international conference called for substantial reform of the law and practice of media regulation, asking for bringing them in line with relevant constitutional and international human rights standards. They also called for strong protection of freedom of expression, underscoring how media underpins democracy and fights corruption.

These demands were part of the statements released at the end of the day-long international conference on media regulations, organized by Pak Institute for Peace Studies, an Islamabad-based think-tank. 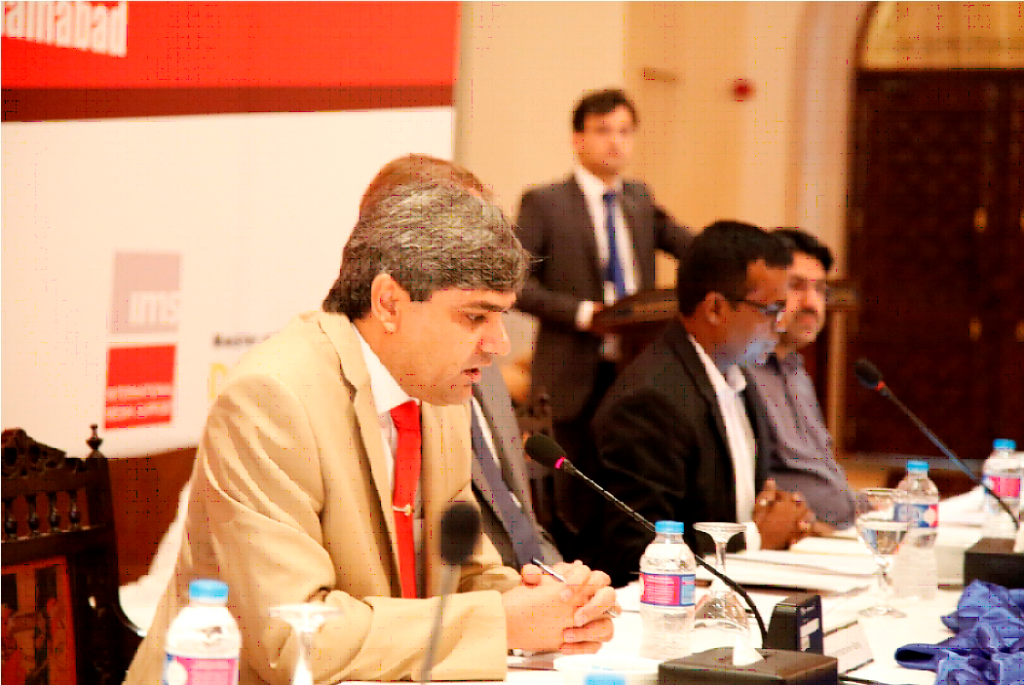 Thanking the participants, PIPS’s director, Muhammad Amir Rana, shared the rationale of the conference. He hoped the conference will serve as a key step in regulating media in the long run.

Danish Deputy Head of Mission, Jakob Jakobsen, said providing access to balanced information empowers communities and individual, adding how “mass media has huge societal significance on the development of societies.” He also detailed a range of activities partnered between Pakistan and Denmark.

Meanwhile, Sri Lanka’s Parliamentary Reforms and Mass Media Deputy Minister, Karunarathna Paranawithana, shared experiences of media regulations from Sri Lanka. “Good systems of media regulations are also for the protection of rights of individuals and the collective rights as well as for the promotion of efficient communication system with technical standardization innovation and connectivity.” He deemed effective regulation of media is a dire requisite for a sound democracy.

The first session, Agenda for Reforms, took forward key findings of the compendium developed by the media reforms committee. Sharing the findings, Mr. Khalid Ishaq, shared the regulatory framework of broadcast regulation and what could be done to bring changes therein. 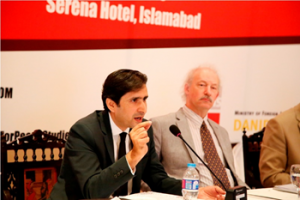 Mr. Amjad Bhatti, knowledge and research manager at the Development Alternatives Incorporated (DAI), shared how the prevailing regulatory order is bipolar in nature: between government and media owners. In this industry-regulator relationship, the one person missing is, the citizen, who ultimately consumes the media.

He suggested the regulation requires a triangular approach among media owners, producers like media professionals, and consumers which in turn should be representative of the diversity of society. He lamented that the diversity is missing in the consumer aspect.

The second session discussed the issue of regulating and licensing of broadcasting.

Kick-starting the debate, former Senator Javed Jabbar, who served as information minister in the past, recalled that PEMRA Act was shaped in consultation with all stakeholders. He said that media has now evolved into smart phone, which is not bound with the existing codes. He said that PEMRA has even given licenses to cable operators, which can broadcast five channels. The total number of TV channels, this way, he calculated, would run into 22 thousands – something unheard of in any other part of the world. 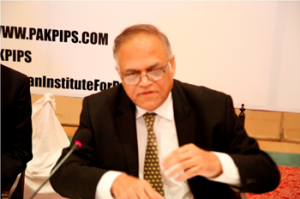 Participants pointed how the UK’s Ofcom is often considered as a model regulatory body for others to emulate. Ms. Maria Donde, International Policy Manager at Ofcom, shared that the Ofcom is accountable to parliament, not ministers.

Meanwhile, PEMRA’s Director General Mr. Mukhtar Ahmad shared the licensing process of PEMRA is quite rigorous involving submission of applications, open bidding, among other steps. He revealed the PEMRA has a dedicated Council of Complaints, which receive and review complaints against any aspect of broadcast media and distribution services. Between 2003 to 2016, the CoC has received around 17,700 complaints, he presented.

The third session discussed regulation of content in the media.

Ms. Nighat Dad, a digital right activist, spoke about the convergence of electronic and digital media and the way the regulation is being approached therein. Mr. I. A. Rehman also shared his thoughts.

The concluding session discussed the policy issues around media regulation.

Aftasiab Khattak said that while people had little expectations from the owners, they had from the journalists, who had been at the forefront of many struggles. With time, he noted, a certain media elite has grown up, who now wants to be among the power brokers in the country.

Meanwhile, Senator Farhatullah Babar said electronic media has taken primary place. He argued that right to freedom of expression is fundamental. Over the years, however, he said, frontiers of media have expanded. As the frontiers of media expand, the yearnings of media also expand. These are normally exercised in the name of national security, public morality, and contempt of court. As media space expands, the bar also rises, he said. It’s a constant struggle. 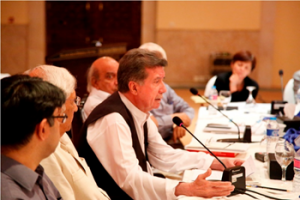 Senator Babar wondered as to why RTIs have been legislated in all provinces, but not in the center. He hinted it could be because of national security. He wondered that while freedom of speech is curtailed in different tags, there is no restriction on hate speech which continues to flourish.

Another senior journalist Muhammad Ziauddin also made difference between public interest versus the profit accrued by owners.

A conference statement, calling for reforms in the regulation of the media, was released at the end of the conference. (Click here for the statement.)