“Pakistan can benefit from changing world order, but needs to address internal problems”

EventsNeighboursRegional and global security
By PIPS Published On Jan 21, 2019 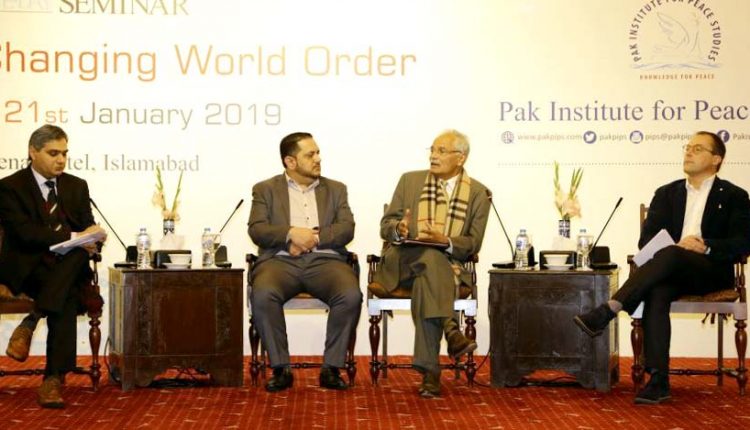 On January 21, 2019, PIPS organized an international seminar on “Pakistan in Changing World Order”. Discussing how the world is changing and what it means for Pakistan, the seminar was well attended by national and international scholars, diplomats, and students. 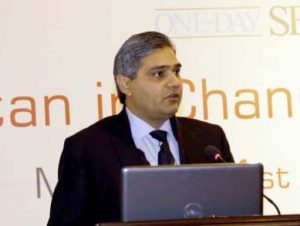 Starting off, PIPS Director Muhammad Amir Rana said the world today is in a flux. While it cannot be said for certain if US’s predominance is fading, he said, but clearly its own global posture is changing. Parallel to this is the rise of China, whose relations with the the US are of much speculation, with scenarios range from conflict to competition to cooperation.

Amir Rana added that Pakistan’s geo-strategic and political realignment with China and Russia had helped the country to defuse the hostile diplomatic posture of India towards Pakistan. Similarly, the changing geopolitical landscape of the Middle East has also brought many advantages and challenges for the country. Balancing between Iran and Saudi Arabia remains a major challenge for the country.

Moving to Pakistan’s neighbhourhood, the speaker said, Taliban have been acknowledged as a legitimate actor in Afghanistan. This, he said, has raised hope about engaging Pakistan too. So far Pakistan is managing the issue successfully but there are few hinders in the way of the success, such as how to include ultra-hardline elements within the Taliban and how to deal with the internal political compulsions of the Afghanistan which can sabotage the ongoing peace talks. 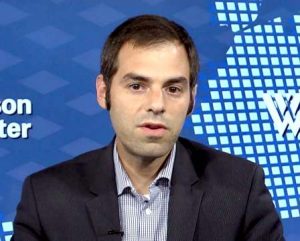 Meanwhile, a US-based scholar touched on what the changing world looks like in the US. In his pre-recorded video message, Michael Kugelman, who is Deputy Director of the Asia Program, Woodrow Wilson Center, wondered if a direct line can be drawn between US allying with India against China and Pakistan. He reminded of the deep trade relations between China and India. Similarly, he said, even though India and US are tied with strategic partnership, there is disconnect between the two on the expectations side.

He added that Pakistan can even benefit from the multipolar world, as it has good ties with countries like China and Saudi Arabia, and is even reaching out to Russia. Pakistan is not an isolated country and merely because of its geography, it can benefit from the changing world order. 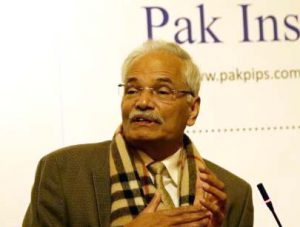 Dr. Rifaat Hussain, Professor, Government and Public Policy, NUST, argued while diplomatically Pakistan can have room to move through in the multipolar world, what can be problematic is the country’s economic condition. He said as a Pakistani, he would be worried about the country’s economy. Even China’s rise, which otherwise is advantageous to Pakistan, cannot provide much benefit if internal economic conditions are not conducive.

He also called for looking at the idea of regional connectivity, but stated India is not willing to move forward on it. He asked what use it is for government, if its people remain isolated. SAARC, he said, should link people.

The threat of terrorism is another worrisome problem. Security considerations also hamper progress. He also said that as of now, resolving Afghanistan issue is a top priority of Pakistan.

Haitham Naser, an expert on the Middle East, Pakistan is a tough position with regards to balancing between Saudi Arabia and Iran. The two countries are moving in opposite directions; mediating between them is very difficult, therefore. When it comes to the region per se, there are a lot of players, and Pakistan is mostly at the receiving end. He said for Pakistan, a concern could be the export of extremist ideology, such as of the Islamic State (Daish).

Marco-Mezzera, Senior Adviser, NOREF Norwegian Centre for Conflict Resolution, touched on how multi-polarity can affect conflicts in the region and their resolutions. He said multipolar world can also make conflicts more complex, as there are constant pressures and fears of proxies being supported by rival states. This has already been happening in the Middle East.

A lot, he said, will depend on how China plays in this part of the world. He called for keeping open the line of communication to resolve the conflicts. 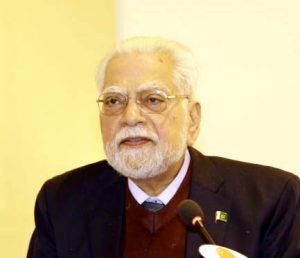 Inam ul Haq, Former Secretary, Islamic Republic of Pakistan, noted Pakistan’s capacity and role in determining the changing world order is going to be extremely limited. “We would be accepting the changes rather than designing the changes”, he said.

He also underlined that much of Pakistan’s challenges are internal: youth bulge, unemployment, terrorism, poor economy, and so on. He called for addressing these first to be able to negotiate in the changing world.

At the global level, the former foreign secretary recommended that Pakistan should maintain close relation with all major powers including the US. He also called for enhancing Pakistan’s role in the UN, particularly in the peacekeeping missions. He also called for resolving Afghan conflict. The conference also noted that regional connectivity should be promoted.