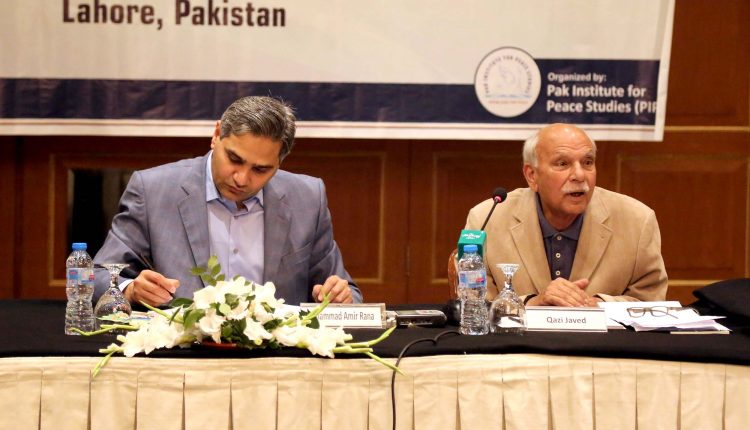 A day long focused group discussion on “Coexistence with Multiple Identities” was held in Lahore on March 6, 2019, where participants underlined the need to increase interaction among different identities, in particular the ethnic and religious ones. Such exchanges can help shed misperceptions, enable them to empathize, and provide a fertile ground for harmonious coexistence –direly needed in the face of changing socio-economic dynamics, not least in the shape of increasing population influx to big cities. 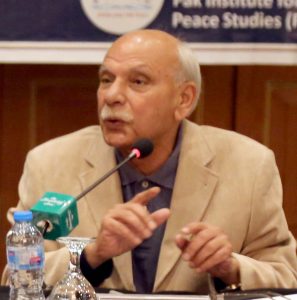 Qazi Javed, writer, scholar on identity issues, in his keynote address stressed the need to strengthen link with our civisational history. In his opinion, the State and people with violent narratives are responsible for the identity crisis in Pakistan.Problems will remain unless or until the youth do not play its role in determining what their identity entails, he added.

Participants noted that a dividing line between “we” and “others”, in fact, encourages the environment of competitiveness in a society with diversity.  A civilized society ensures security of multiple identities and is committed to promote respect for diversity. Basically, we are laboring under the wrong impression that affinity is linked with uniformity in the society. As a matter of fact, respect for diversity promotes unity and social harmony.

Participants opined that a person’s identity, whether religious, national, or ethnic, helps in associating that person with the larger group. A person’s identity, which includes his fears and interests, often are derived from his group identity. It is not only how he defines about himself, but how others do so about him, they noted.

Participants held the state responsible for identity crisis. They believed that the state gave preference to religious-political narrative over the group of people who were in favor of a social welfare state. It paved way to disappointment, mistrust, and hatred for preachers of religious narrative. They were skeptical of the state’s resolve towards identity crisis. Since the state has played a crucial role in determining social identity, there is indivisible association between state and identity he maintained. 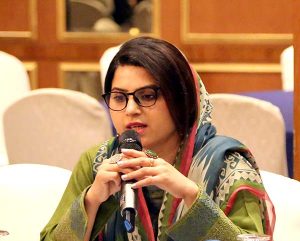 Root cause of the problem is that people do not realize that they have the right to choose identity and believed inthe identity defined by the state. This leads to other problems causing a halt to the process of social development.

In the case of Punjab, participants noted, there is a tendency among youth of identifying oneself along the religious line. So much so that, noted one participant, a discussion on Pakistani literature recently found it overwhelming to be religious in character. In recent times, there is a strong tinge of sectarianism in that religious identity, noted some. In far-flung areas, on the other hand, ethnicity too takes precedence. Similarly, caste in itself dominates the group with which people tend to associate.

Pakistan is a diverse country, and the best way to coexist is to accept them all. The root of resolving conflict in such societies is to accept that each person has multiple identities, noted intellectual QaziJaved. If we resolve to stick to a singular identity then others are excluded and conflict is generated.

It was precisely to accept national diversity that the 18th Amendment was passed, which devolved powers to the provinces. Yet, almost nine years to that landmark legislation, there are still demands on how to accommodate different identity groups. Even now, the group lamented that the solution in the country is often sought by seeking out some sort of One-identity panacea. This is the wrong approach, he stated.

Participants noted that the absence of the culture of interaction among people compels them to live in comparative solitude. Many local-level problems can easily be overcome if interaction is increased.

One of the critical problems is managing the population influx in different parts of the country, especially big cites. Because people do not have prior interaction with each other, migrations can also deepen the stereotyping about each other. There is a need to engage more frequently with each other. The dialogue forum also explored the reasons for the tendency of people to migrate to other parts. In response to this query the participants cited economic reasons, coupled with insecurity, to be the deciding factors that contributed to force them to migrate.