Discussion on identity in Peshawar Centres on ethnicity 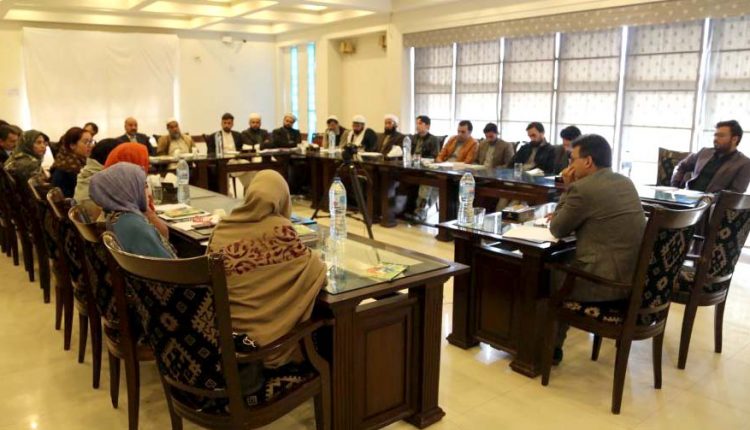 In a discussion on “Coexistence with Multiple Identities” in Peshawar on March 3, 2019, participants underscored that if people start taking their differences as natural, they can end up producing a peaceful society. “There can be people different from one”, the discussion noted.

Co-existence not only makes the country beautiful, but is also a sure recipe for progress. History is replete with examples of how peaceful coexistence among people of different creed and backgrounds was one great safety in which they advanced.

Countries like Pakistan, although diverse in nature, have to grapple with living or celebrating that diversity. Even though there are many living examples of such co-existence in the society.

Key note speaker, Chairman of the Council of Islamic Ideology Dr. Qibla Ayaz held that the state is responsible for promoting one brand against the other. He argued that as of now, even state-to-state conflicts have often been given religious colour, because that is how people understand it to be.

Dr. Qibla Ayaz said that in the age of globalization where people have to interact with those who are different, the way forward is learning how to coexist with each other.

He said Islam does not prevent us from developing multiple identities but urged to create a compatible environment for the coexistence of diversity. A religion doesn’t favor identity-based conflict. Religion or culture-based conflicts are against the principles of Islam, he added.

Earlier, participants noted a person’s identity, whether ethnic or religious or even national, is largely natural, carried since birth. It helps in associating people; even religions say that humans are born with different identities. 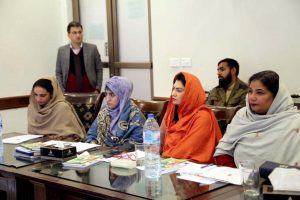 They opined that the psychology of dominating others has taken control of our minds. A person usually believes that Identity is a tool, of not only introduction, but dominating other’s identities. This paved way for inconsistent and narcissistbehavior among youth. Few participants said that the lack of constitutional implementation is caused by identity conflicts. Constitutional freedom to all identities is not practiced. Even our social contract doesn’t support the formation of a peaceful society.

Though identity crisis caused social interruption, it helped us to come out of traditional mind setand encouraged us to get rid of enforced identities, the participants argued. While some expressed their concerns over ethnic movements, participants said it helped youth of Khyber Pakhtunkhwa (KP) to recognize their actual identity and persuade them to not be sponsors of extremism anymore.

Young participants from FATA expressed their concerns over creating a link betweenterrorism and Pashtun culture. They agreed that the instability caused due to geographical location of FATA does not mean that terrorism is somehow linked with Pashtun culture. They appreciated FATA merger with KP and termed it as an identity saviour for them.

While it is often said that all humans are equal, in practice, some groups end up being powerless and others powerful. Worst of all, there is often conflict among people of different identities.

Participants explored why it is so and realized the following factors: