“Direct engagement between Pakistan and Afghanistan is required”: Launch of PIPS study

AfghanistanEventsNeighboursPakistanRegional and global security
By PIPS Published On Jun 24, 2016 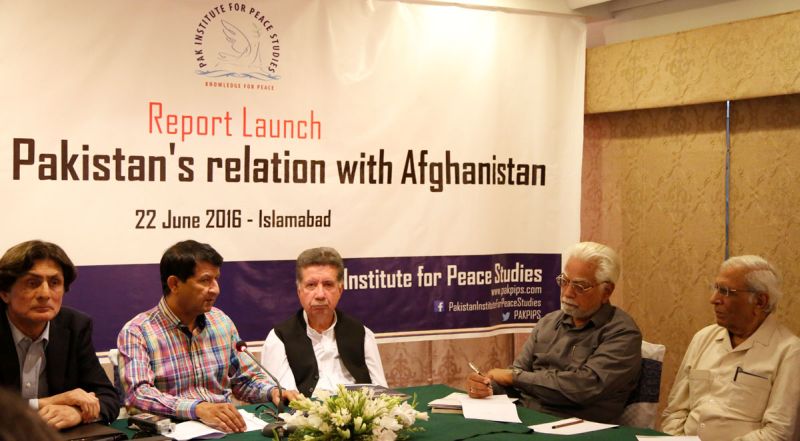 In early 2016, PIPS solicited commentaries from practitioner and academics in Pakistan on different aspects of Pakistan-Afghanistan relations. The basic question was as to what often goes wrong in the smooth functioning of the relations between the two states. Contributes wrote on different aspects of the relations such as bilateral trade, refugee problem, Pashtun factor in the relations, among others. Those findings, along with PIPS’s previous work, have been consolidated in PIPS’s journal, Conflict & Peace Studies, a research journal which is published bi-annually.

Taking part in the launching ceremony of the report, former senator Afrasiab Khattak, who also wrote in the journal, argued how Pashtuns have been at the receiving end of the Pakistan’s Afghanistan relation. He recalled that when Taliban captured Kabul, one of the first things they banned were Afghan national anthem and Afghan flag, besides demolishing the statue of Buddha. In the same vein, Taliban in Pakistan tried to erode the symbols of modern state structure.

Afrasiab Khattak argued that “The Tehreek-e-Taliban Pakistan was basically about eroding the state”, he said, warning against making difference between the two.

He called for reviewing Afghan policy, which ultimately impacts Pakistan. He warned that instability in Afghanistan will not portend well for Pakistan.  Taking part in the discussion, PPP senator Farhatullah Babar argued that “Afghan Taliban are to Afghanistan, what Pakistani Taliban are to Pakistan.

Meanwhile, Mr. Raoof Hasan, executive director of Regional Peace Institute, a think-tank which has led track-II initiatives between Afghanistan and Pakistan, wondered if there is any Afghan policy in the country. Instead, he said, our policy revolves around our India policy. 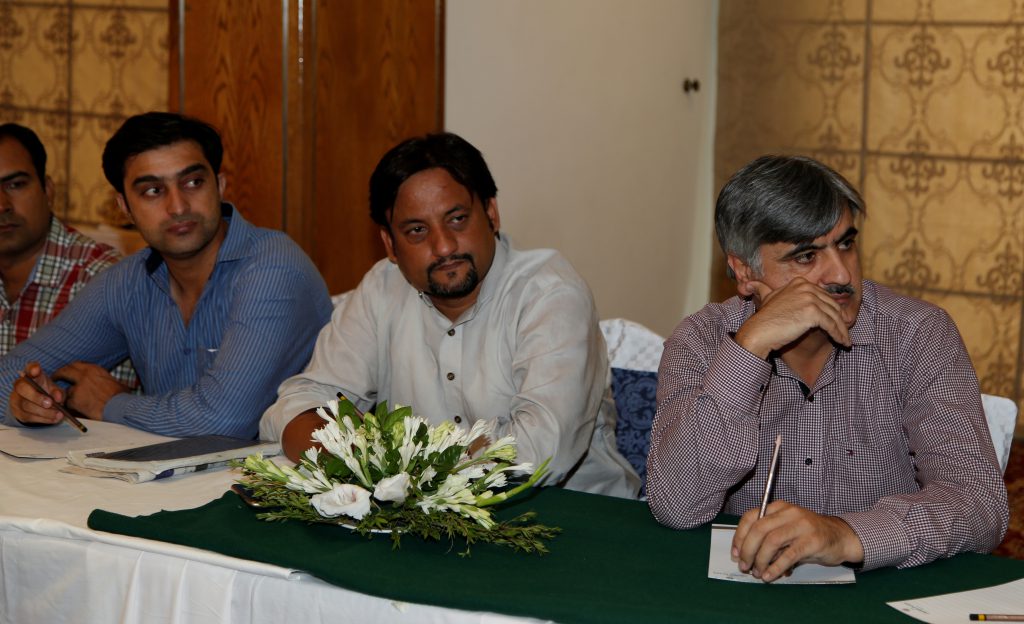 Hassan set aside several assumptions made on Pakistan’s influence over Taliban, saying even when they were ruling, Pakistan couldn’t convince them over issues like Durand Line. He said Pakistan is committed at the Quadrilateral Coordination Group to take action against the irreconcilable elements of Taliban, but there are doubts if that is done. 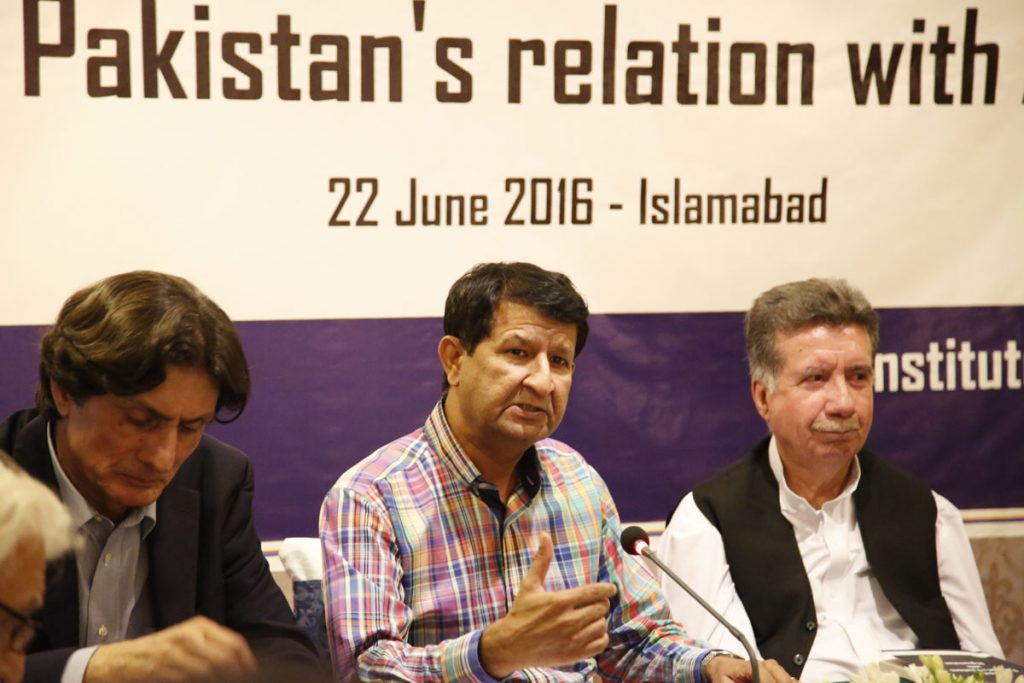 PPP’s senator Farhatullah Babar said that when Ashraf Ghani became president in 2014, there were high hopes of improved relations between the two countries. Ghani took several measures aimed at building trust with Pakistan. Yet, the relations couldn’t get off, much because of the dichotomy between the two over the issue of Taliban. The study PIPS launched called for a broader framework which includes multiple issues, beyond Taliban.

Dr. Ishtiaq Ahmad said that he could recall how similar points have been made since the late 80s, again and again. It appears, he said, little has change.

Earlier, initiating the discussion, PIPS shared that Pakistan needs to review Afghanistan relations in the wake of changing geo-politics, which entails an increasing involvement of China in Afghanistan as well as Iran’s opening with the west, thereby increasing Afghanistan’s set of choices.

The study pointed there has been internal backlash from the old policy but only in terms of militancy but also displacement.

The study also calls for improved border management, but along the framework that facilitate travellers. It was shared that traders and refugees are the worst to be affected from change of plans in border management. Both, it was pointed out, are assets with which Pakistan could invest in soft power in Afghanistan.