Socio-economic disparity has aggravated the identity crisis among provinces 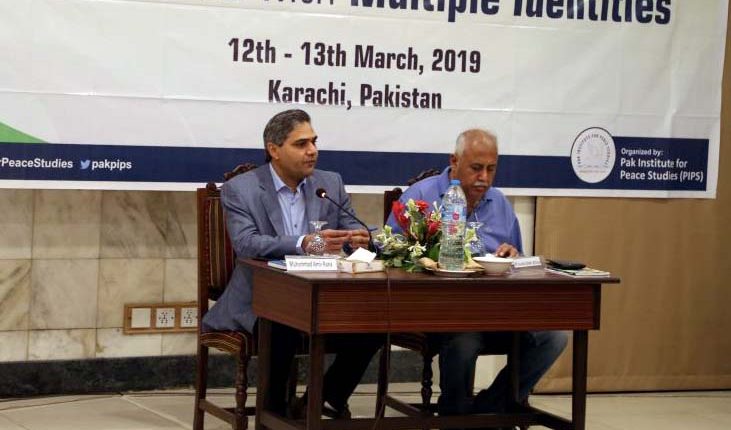 Pak Institute for Peace Studies (PIPS) organized a two-day discussion, on March 12-13, on “Coexistence with Multiple Identities”, with a select group of experts, academics, lawyers, and social scientists from Balochistan and Sindh. Participants, during the discussion, emphasized that there is no harm in a single person having multiple identities, such as ethnic, religious, sectarian, and professional. But when certain groups are excluded economically or politically, they can choose to be an identity that can then lead to identity politics and even conflict. 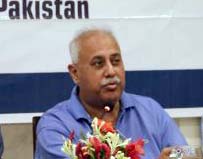 Renowned Journalist Wusutullah Khan rejected the link between the State and the identity crisis. He believed that for long we have been in a state of conflict with each other without the State’s involvement. Identity crisis is not a new term but is actually an integral part of our history and culture. Though the State is responsible to mitigate the issue of identity crisis, role of society is of utmost importance in this regard. Recalling the two nation theory, he said people of Indian continent welcomed this because majority of people were overwhelmed with the partition mind set. Every state has been using ideology as a tool to strengthen its grip over its nation whenever it failed to solvenational socio-economic problems. Similarly, when our state failed to solve national, linguistic and cultural problems, it took support from ideology.

While expressing dissatisfaction of youth with the State and religious groups, he said the society is divided into two groups. One group is upset aboutsocio-economic disparity while the other group is concerned about state’s narrative and total disregard towards the identity crisis. Sectarianism is the main reason of disappointment over the role of religious groups.

He likened the issue of identity to an onion. The topmost layer is of personal identity, the next layer pertains to faith, ethnicity, then nationality, then as global citizens and so on. “It is up to us which identities do we strengthen and which we ignore”, he furthermore added.

While talking about identity crisis at the provincial level, participants underlined least interaction among provinces of different culture and language. They noted two reasons: first, there is economic inequality that has provoked sense of deprivation and sense of empowerment at different levels. Secondly, our provincial culture and tradition has an imbalanced representation in the curriculum. 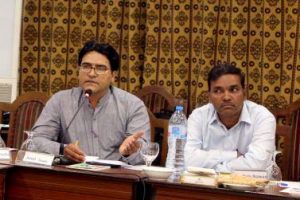 Participants from Karachi expressed their concerns over increased migration to Karachi and said it has disturbed the local identity and socio-cultural fabric of Karachi.

Few participants highlighted that the psyche of dominant identity and state’s internal weaknesses has aggravated the identity crisis in Pakistan. A state’s survival and identity is vulnerable to its domestic affairs. Everyone is striving to shape state formation according to their own identity. All socio-political movements are engaged in power struggle rather than striving for reforms. Even the movements surfaced as a result of discriminatory behavior, are not focused in protecting their rights but are striving for identity domination.

Participants suggested reforms in the social contract. While highlighting bleak aspects of contemporary social contract, they said the majority has greater influence over minority. Even the strong financial status of minorities doesn’t help them to feel secure or to be an equal citizen. They maintained that in Pakistan, social movements don’t have a glorious past. Moderate social movements for critical awareness needed to be initiated.

Renowned scholar Dr. Syed Jaffar Ahmed said that every individual has different identities like ethnic, religious, and sectarian. These are not contradictory, and can exist at the same time.

It is only when some people feel excluded economically that the identity comes to the fore. Specifically, when a state does not bestow rights to some people, a feeling of discrimination will make way. Then a person from the excluded group will start wondering if he is excluded because of his ethnicity, religion or mother language. Only then are identities used to advance One’s goals, he said.

Participants shared how in different circumstances, their different identities come to the front. “Context is key, the discussants noted.

Balochistan is more sensitive and vulnerable to identity crisis compared to other provinces of Pakistan, said participants from Balochistan. They further added that people are bound to think about their identity when they are victim of exploitation at social and economic level.Participants mentioned that the Youth in Balochistan felt ignored and neglected which further added to their psychological issues. Their identity is questioned during travel when they get discriminatory treatment at different check posts. 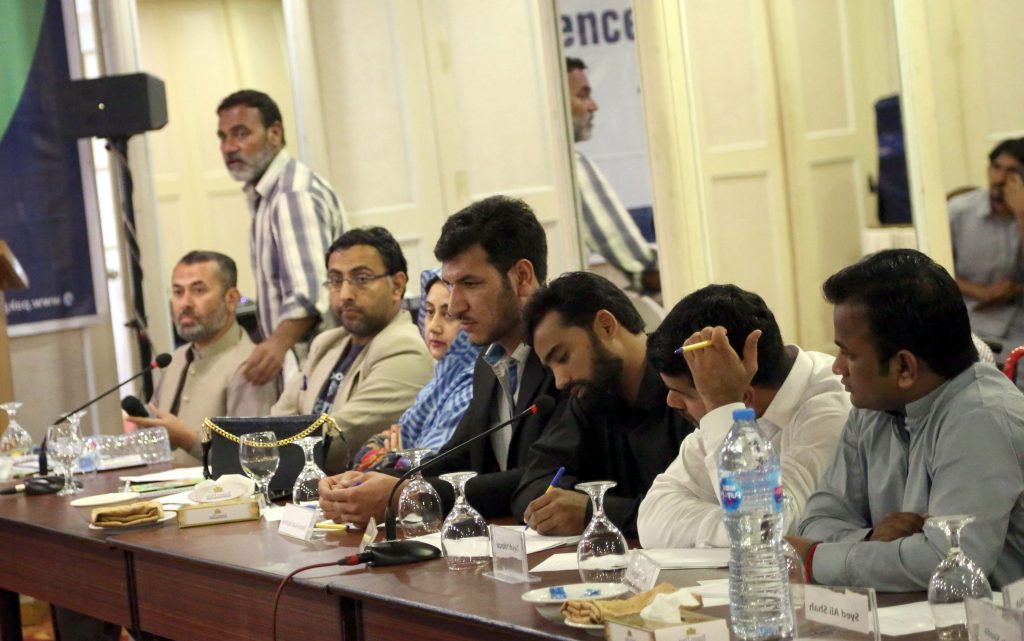 The discussants noted that the best way to overcome tensions is to accept multiple identities. This should be taught, in fact, rejoiced by all. Multiculturalism can enrich an individual’s life.

Several participants complained that the state, in its attempt to enforce a particular brand of identity from the top ended up excluding local identities. Even now the state is seen as unfavorably tilted towards some groups at the cost of others. Whereas the role of the state should be to secure individuals irrespective of their statuses; in particular, weaker segments of the society should be protected.

The social contract should be shaped for the mutual benefit of all. While the Constitution grants a range of rights to all citizens, its enforcement has been questionable. Already, there are certain limitations in place.

The youth in different parts of the country have either accepted dichotomies or become confused. In Balochistan, one participant noted, the youth feel insecure, physically as well as mentally and many youngsters are migrating abroad to seek better job opportunities to make themselves secure.