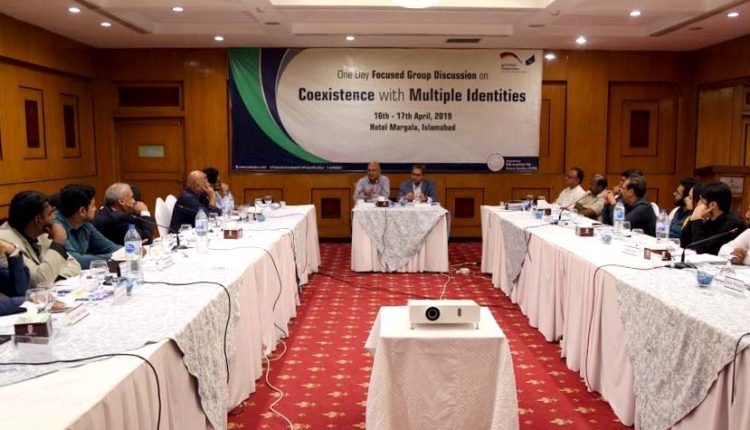 On April 16, 2019, Pak Institute for Peace Studies (PIPS) organized a dialogue on “Coexistence with Multiple Identities”, with a select group of experts, academics, lawyers, and social scientists from central and northern Punjab. 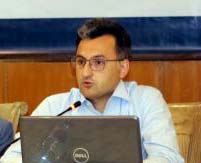 Participants, during a daylong discussion, stated that citizens look towards the state to set the tune of interaction with each other. But the State’s inability to stay neutral when dealing with plural identities results in mistrust leading to conflict at times. To avoid conflict, the State should promote inclusivity towards each and every group.

Participants argued that identity is what one thinks of One’s self. It is a tag, a distinctive characteristic of an individual or a group, which can change when connected to a new identity. “It is not a permanent thing”, they said, pointing to a sense of “historical continuation” in identity. Time and environment has influenced identity. They further argued that identity as avariable continues to grow. It varies along two dimensions- time and position. Our expression of identity varies according to the requirements of time and place. For instance, we would keep our religious identity intact at religious spots while we would prefer regional and linguistic identity at local level. Identity gives a sense of Self, columnist Khursheed Nadeem added.

Participants underlined that the guiding principles that shape someone’s identity are religion, curriculum and constitution. Sadly, the curriculum does not have the concept of equality between religions and cultures. Even minorities have expressed concerns about linguistic discrimination in the curriculum. Same behavior is reflected in households where non-Muslim servants are subjected to biased treatment. Participants suggested that curriculum reformis the best way to advance the idea of acceptance of multiple identities in the society.

Columnist Khursheed Nadeem said one of the reasons of identity crisis in Pakistan is the State’s inability to play a neutral role. That is why some groups think that the state is allied to one. He suggested that being the custodian of identities in the country, the state allows local identities to flourish which will also address conflict in the society. Participants widely discussed role of state, religion, and culture in promoting the identity crisis, its impact on youth and the social contract of Pakistan. Many asserted that having a certain identity itself could be problematic.

When it comes to identity crisis in the country, they said it is linked to poor governance, educational system and political economy. Similarly, tension between the individual and the State also results in identity crisis. Imbalance in social power structure also causes identity crisis.

One of the manifestations of identity crisis is conflict among different identities. Otherwise, it was said, that there should be a healthy competition. It is because of this crisis that violence is bred, and people are unable to express themselves openly.

Few participants believed that the domestic and linguistic identity is the natural and primary identity that hardly changes. On the other hand, religious identity has caused many conflicts. A representative of minority community opined that being a Pakistani should be One’s primary identity to avoid conflict and exploitation plus to strengthen citizenship. Identity crisis is linked with religion, nationalism, culture and a wide range of social issues. Unless related issues are not solved, it is not possible to determine a clear direction regarding identity.

Participants further suggested that the Constitution should provide level playing field to promote inclusivity for multiple identities in Pakistan. Diversity in the country should be accepted to address this crisis.