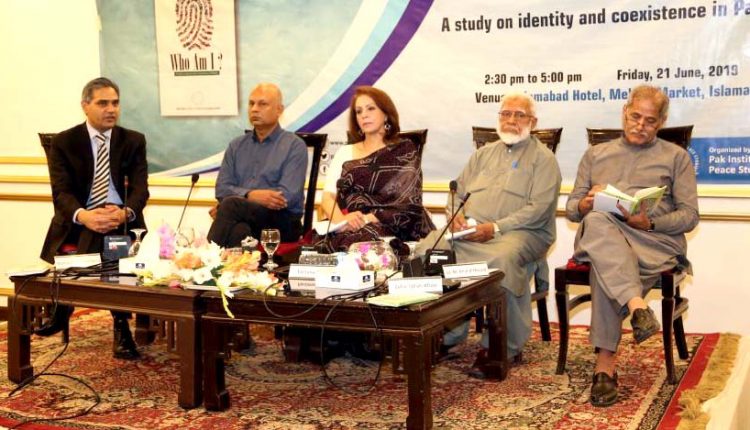 Social cohesion remains a distant dream in the face of widening inequality. People are forced to take sides with one group, strengthening their group identity. After all, they think, it is because of who  they are that they are ignored. But this can be turned around: To overcome such thinking, the state should take serious steps in dispensing social justice across the board.

These thoughts were expressed at the launch of “Who Am I?”, a study on what it means to have identity crisis in Pakistan and how to overcome. Experts joined as panelists on the subject. 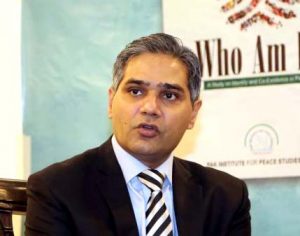 PIPS Director, Muhammad Amir Rana, moderated the panel discussion. Laying the rationale, he said the report is meant to discuss what identity or identity crisis is. The report is based on discussions across the country, where varying responses were noted.

He shared there are local-level issues too, which get in any discussion on identity. People often fear “local mafias”, and the solutions they propose related to service delivery on ground.  He called upon readers to critically review the report and productively engage in the debates on identity in Pakistan.

The report notes that when people in Pakistan are asked who they are, they mostly refer a particular group, based on their beliefs, ethnicity, home towns. In smaller provinces, ethnicities are focused on, whereas in Punjab, religion too comes under discussion. 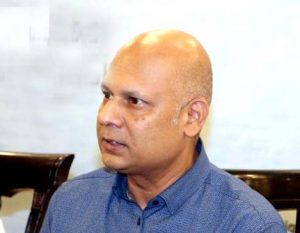 On this, Secretary General of the Human Rights Commission of Pakistan (HRCP), Harris Khalique, said when resources are unevenly distributed, resulting in some well-off areas compared to others, or when those occupying key posts hail from selected areas, it is bound to force people rally around “group identity”. Identity crisis, he said, stems from “material” inequality.

He said the state has obsession with unitary model of governance, trying to impose things from the top and forcefully tie the people. This, he warned, has backfired. Instead, he argued, to make a more cohesive country, conscious efforts shall be made to distribute resources equally and to embrace all.

Gender activist Dr. Farzana Bari agreed, saying “social justice” is the sure recipe to end grievances made on identity lines. Even patriarchy, which relegated women to inferior role, finds its root in unfair allocation of resources to the two. Having identity is no problem; but its connotation with being powerful or powerless is what speaks of identity crisis.

Former Chairman of the Council of Islamic Ideology, Dr. Khalid Masud also argued that are core are the issues of governance, which is usually ignored. On the role of state and religion, he said religion has been advanced by different governments to pursue their own goals, and basically to avoid facts and responsibility. More on, while he appreciated the ongoing debates on identity and role of state, he reminded that this understanding is outdated globally. Now is the time of discussing pros and cons of globalization and what it means for identities, he said.

Parliament expert Zafarullah Khan agreed the issues are not peculiar to Pakistan, but the world has learnt the “art of managing” such issues. One way is through inclusive decision-making process, which is greatly aided by parliament. He lamented that state institutions too are remiss about civil rights. He linked identity crisis to governance, hinting the resolution of one can pave way for addressing another. 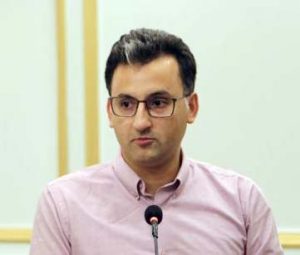 Earlier, PIPS Project Manager Muhammad Ismail Khan and researcher Shafiq Rehman presented findings of the report. They said the report notes that inside the country, identity-based politics is rising, with people affiliated with religious, nay sectarian, and ethnic parties – clearly showing where the society is headed.

The report also suggests that constitutional safeguards can help bring to the mainstream those on the fringe, the report noted. Of immediate attention are residents of Azad Jammu and Kashmir (AJK) and Gilgit-Baltistan, whose representatives lack power with matters of their area and people; persons living with disabilities, who are not even accepted as identity, and for whom   there is no specific law; and religious minorities, who lament how they got excluded by state’s tilt towards one religion.

Complete report can be accessed at clicking here: Who Am I?