“Despite being majority in the country, youth are underrepresented in state- and society-led initiatives” 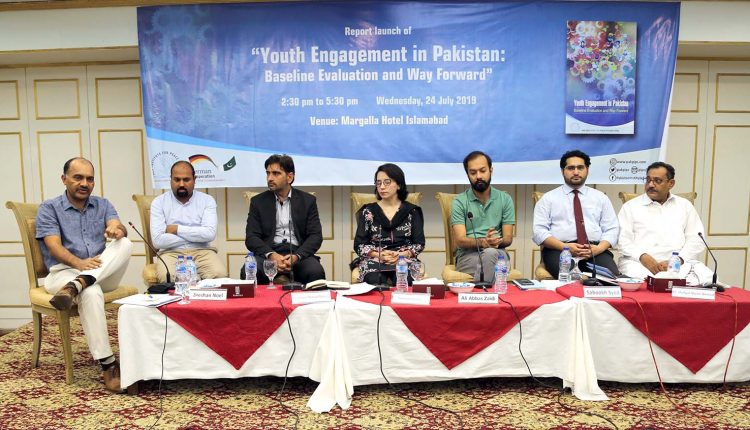 Pakistan is a young country, where majority of the population are below the age of 30 years. And yet, youth are underrepresented in various initiatives led by state and civil society. The situation is dire with youngsters from rural areas, women, or ethnic or religious minorities.

These thoughts came at the report launch of “Youth Engagement in Pakistan: Baseline Evaluation and Way Forward”, a study by Pak Institute for Peace Studies (PIPS), an Islamabad-based think tank. The session was moderated by PIPS senior analyst Safdar Sial.

Zeeshan Noel, a civil society worker, said that although majority of the country’s population is of youth, they are not taken seriously in our society. They are disregard as lacking experience. This despite that whatever any government does is bound to affect youth, the majority.

Lead researcher of the study, Safdar Sial, said while there are a lot of initiatives on youth engagement, there is no connectivity among them. He called for building an ecosystem or network. He said much of the programming is focused on key provincial towns, ignoring the youth of rural areas. Similarly, women are ignored in those initiatives. He added that the initiatives undertaken by NGOs face severe constraints, and even when they do, their work is seen as cosmetic.

Researcher Anam Fatima noted that two key channels to engage youth early in their lives are students unions and local governments. Both are rendered non-functional for long. Given their absence, political parties have no pulse of the youth. As a result, new movements are emerging led by youngsters who are questioning the existing boundaries. 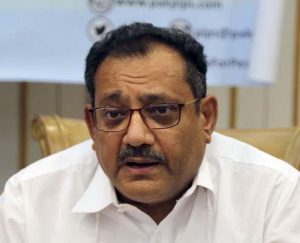 Shafqat Munir, a development practitioner said, student unions have been unnecessarily banned from the campuses. They can provide healthy environment to resolve festering issues. While they are banned on the pretext of violence, violence has rather increased since banning them. “The tussles among student unions were much smaller than extremist violence in the universities”, he said, adding that when unions existed, despite all their disputes, their students never accused each of blasphemy.

He said the banning of student unions did not stop students from forming groups. What had happened is the rise in biradri- or ethnicity-based groups in the university. Earlier, the report also shared, that because of the absence of unions, political parties have no robust resource to understand the pulse of the youth.

Journalist Sabookh Syed said youth is increasingly relying on social media to seek information and even form their social networks. While there are several risks from relying on information on social media alone, he said, there are a lot of opportunities too, which students should invest in. At the same time, he noted, the space for expressing views is even dwindling on social media, as has been on other platforms. But he wondered if that could be completely done so, suggesting that the way forward is dialogue among youngsters.

Shafqat Munir said denying space to student unions, civil society organizations, and media will result in lessening the stake of people in state affairs, which can never be healthy for the country.

Peace activist Ali Abbas Zaidi said youngsters are discouraged from asking questions. He said there are a lot of organizations working actively on youth engagement programs, and should be examined.  He also called for setting aside top-down narratives that end up polarizing the society.

Bakhtyar Ahmed, manager at the Empowerment thru Creative Integration (ECI), said that youth is full of energy. It is for the society who to take them forward. He called upon development organizations to engage the youth by leading them on the path of self-discovering. “Show them who they are”, he said. Only then can they know about people around them.

Political activist Fehmida Bercha asked that “despite women being more than 50% of the population, despite being well-educated, and despite being professional, why they are not represented in all decision-making bodies of the state.”