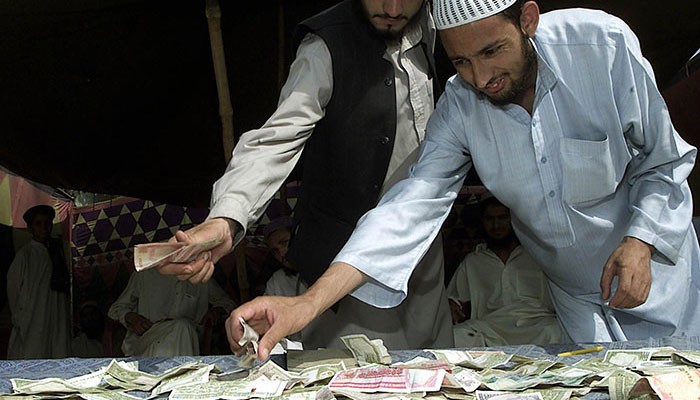 Pakistan’s counter terrorism (CT) efforts often revolve around intelligence gathering, followed by policing, and, in many cases, undercover intelligence-led operations. These are no doubt integral CT components. But for counter-terror efforts to be effective in the longer term, the approach should be multipronged, also focusing on funding of terrorist activities.

An important CT activity, therefore, is denting the militant economy, through all possible ways: tracing the financial mechanisms of funding used by militants, neutralizing those sources, and preventing banned outfits from raising funds domestically or internationally.

This element has received relatively little attention in Pakistan, for a variety of reasons like general lack of expertise in financial crime, and lack of appreciation of the intricacies of the militant economy.

As of now, there is little public information on what is actually being done to clamp down on terrorism financing by the government.

The magnitude of funds generated for terrorism is highly uncertain, and there is little information on the shares of different forms of funding in the total.

Terrorism in Pakistan is often believed to be financed mainly through the proceeds of crime such as bank robberies, kidnapping for ransom, smuggling of timber and antiquities, dealing in opium and heroin, and relatively minor offences like extortion. Besides, funds are also channelled to extremist organisations in the name of charity.

Not all proceeds of crime fund terrorism, and similarly, terrorism is financed by other means also. Controlling crime would help choke terrorism financing somewhat – but not completely. However, there will be overlaps between criminal networks and terrorist networks, and crackdowns on both are required.

The UN Office of Drugs and Crime (UNODC), in a comprehensive report on non-bank based transactions in Pakistan, briefly discusses how the proceeds of crime are routed through such systems.[1]

Another study, by a Pakistani think-tank Sustainable Development Policy Institute (SDPI), tried to estimate earnings in Pakistan from crime, mainly drug trade, migrant smuggling, and kidnapping for ransom.[2] An exact linkage between crime earnings and terrorist financing is, however, missing. Yet another recent paper alludes toward smuggling of heroin, opium, and cannabis; again, the study suggests that these might be financing terrorism.[3]

When it comes to the geographical sources of terrorism, a significant share of the financing of terrorism in Pakistan is also thought to emanate from overseas, either in the form of donations to “charitable” organizations which are believed to divert funds to militant groups, or through direct donations to such groups.

Over the last decade, Pakistan has been under increasing pressure from the international community to crack down on the transfer of funds through Informal Value Transfer Systems (IVTSs) or non-bank based transactions.

Initially the authorities were reluctant to impose stringent controls on informal systems of money transfer, as the bulk of usage of such systems was thought to lie with unskilled or semi-skilled overseas workers who use the systems to send money to families in small towns, villages, and other remote areas of the country which are not serviced by formal financial institutions. The ease of use of such systems (which do not require extensive paperwork, and are highly responsive to the requirements of users) made them a natural choice for the low-skilled diaspora. In addition, the systems are known to be in the use of small scale traders, who use them to settle accounts with overseas counterparts.

Although illegal, the use of IVTSs for such transactions is difficult to control in a country where only about 14 per cent of adults have access to a formal financial institution (WB 2009).

Many of those sending money through IVTS may not have much to do with terrorism financing. Nevertheless, the need to check the more pernicious uses of IVTSs, particularly to the extent that these systems are used to transmit the proceeds of crime, remains very much an issue.

While monitoring IVTSs is recommended, the proceeds of crime are also often transmitted by manipulating international commercial transactions. The best criminal minds use formal systems for illegal activity. For instance, licit trade through registered businesses is mixed with illicit transactions to create some form of a paper trail and obscure the source of funds.

Tracing such deals requires sophisticated data analysis and close monitoring of trade and payment systems – skills which are in short supply.

Post-9/11, states were under increasing pressure to check terrorism and the flow of funds to militant groups. The Security Council Resolution 1373, adopted unanimously on September 28th, 2001, requires all member states to prepare or amend laws to criminalize terrorist acts and ratify the then existing international conventions on terrorism, including the 1999 International Convention for the Suppression of Financing of Terrorism. Pakistan acceded to this Convention in June 2009, with some conditions.

While Resolution 1373 was specific to Al-Qaeda and the Afghan Taliban, a later resolution, number 1566, adopted in October 2004, defined terrorism more clearly as “criminal acts” committed to, among other things, “provoke a state of terror in the general public”.[4]Following this, the UN states are in the process of negotiating a Comprehensive Convention on International Terrorism.

As the international community’s focus on terrorism increased, and Pakistan’s own security situation continued to worsen post 2002, the government responded by setting up a regulatory and institutional framework to check money laundering and terrorist financing.

The key legislation to this end is the Anti-Money Laundering (AML) Act of 2010, which created the institutional structure and provided the legislative basis for monitoring financial systems to detect money laundering and prosecute offenders. The definition of money laundering is narrow, bringing into net someone who sells and purchases property developed from criminal earnings, conceals its owner, or holds it for someone.

Clearly, the Act largely focuses on the unregulated real estate market, which often thrives on criminal proceeds. But the Act does not define money laundering in broader terms. For one, it does not review terrorism at all. Preventing money laundering, instead of combating terrorism is the primary mandate of AML-related authorities.  If the regulation is able to stem terrorist financing, it is an added bonus, not the main objective.

It was this Act that established the Financial Monitoring Unit (FMU) at the State Bank to counter money launderers and terrorism financiers. To do so, the FMU has been asked to specify procedures for financial transactions and report authorities about suspicious transactions. However, the FMU doesn’t have the authority to take action against offenders. It is required to forward information to investigation agencies such as the Federal Investigation Agency, to investigate and prosecute the offenders.

Despite these measures, there have been few convictions for money laundering, and none for terrorist financing in Pakistan. The situation has hardly changed ever since the National Action Plan was announced last year, in the wake of the Peshawar attack.

Instead, Pakistan continues to appear on an international list of those countries that are required to do more to regulate money laundering and terrorist financing. The list is prepared by the inter-government Financial Action Task Force, which tracks countries on their obligations to fulfil international requirements on regulating money laundering and terror funding.

As of now, the government’s steps on choking terror financing have far from advanced. Most of the activity has consisted of banning certain groups and freezing their accounts.

These measures are, however, are not enough.

As a starting point, the government needs to understand how the on-going militancy in the country is being financed. Such investigation requires significant investment of time and resources, including training and hiring of qualified personnel.

[1] “Hawala and Hundi in Pakistan:  Development and Justice Approaches,” December 2009.

[2]SDPI, Examining the dimensions, scale and dynamics of the illegal economy: a study of Pakistan in the region(Islamabad: SDPI, 2011).