Book touches upon the multi-dimensional relations between Pakistan and China

ChinaEventsNeighboursPakistanRegional and global security
By PIPS Published On Dec 2, 2015 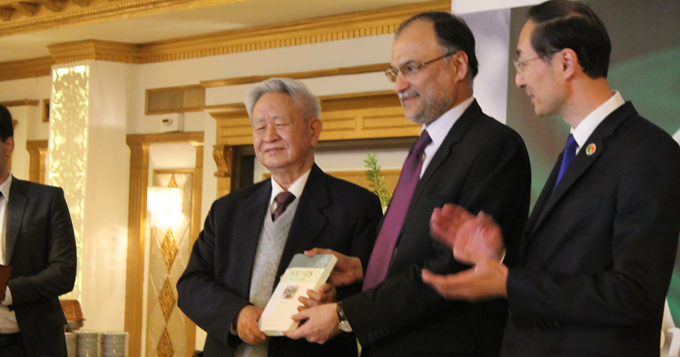 On November 25, 2015, Pak Institute for Peace Studies co-hosted a ceremony marking book launch on China-Pakistan friendship. The book “You and Us: Stories of China and Pakistan” is a compilation of the stories of those friendship, penned by former Chinese diplomats and officials.

Speakers from both China and Pakistan appreciated the release of the book, underscoring its importance in understanding the holistic nature of friendship between the two countries.

Several pointed the need for more people-to-people interaction, including youth and women, and for more learning avenues of each other’s culture, including languages.

Opening the launch, PIPS’s director Muhammad Amir Rana welcomed the audience which included the 10-member delegation from China, who had specially come in to attend the launch. He shared that the book is an attempt to connect the personal stories inside the broader political framework. Rana called for a need to studying the state of relations between the two countries as well as the people of the two countries.

Senator Mushahid Hussain Syed termed the book as a “labor of love” on the part of the author.

Senator Hussain pointed that the two countries have been enjoying special relations for long, withstanding changes in regional or domestic politics. The book’s first chapter, the senator said, chronicles Premier Zhou En-lai’s first visit to Pakistan in 1956, when Cold War was at its “peak”.  Another chapter documents the friendship in the 1990s, when political changes were frequent in Pakistan.

He termed Sino-Pakistan relations as “special” and “unique”, which has no parallel in modern diplomacy.

Meanwhile, Dr. Riffat Hussain, a scholar in international relations, explored the reasons behind his specialness. He asked why is it that the two countries are so close to each other, even though they apparently don’t share culture or language, unlike Pakistan does with India.

He offered two explanations: One he said owes to “deep trust” between the two leaderships; and second he argued is because of China’s “strategic sympathy for Pakistan.”

Whenever Pakistan was in difficulty, China came out to support. Dr. Riffat noted that in 1971, China, as a new member of the United Nations Security Council, casted its first vote in support of Pakistan.

Former diplomat and foreign minister Inam ul Haq enlisted the various laudatory terms evoked to mention Pak-China friendship. Sharing his personal experiences as ambassador to China, he said the Chinese leadership has never “sought to impose their views upon us.” 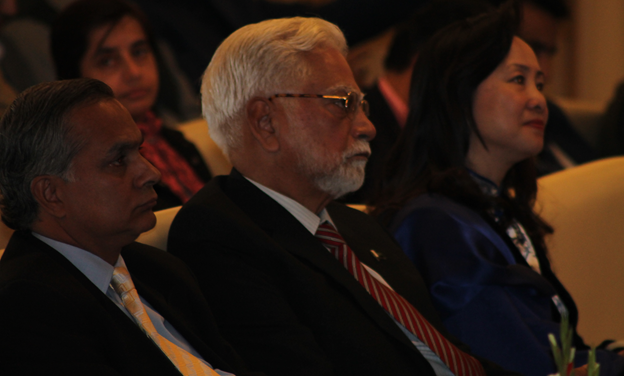 As chief compiler of “You and Us”, he shared that when he was entrusted as editor of this book, he was “very happy” yet realized the great responsibility on his shoulders. He argued Pak-China friendship is the memories of the people, which, it not documented, will be lost. This book, he said, is a good reference to future generation.

Sharing the compiling process, the first that came to his mind was: “Who should write?” “I thought the writer must have worked in Pakistan for long.” They should be “representatives” of different work of China. He shared how all the 20 people he invited to write, agreed to send their stories. Those stories now form the book.

One of the contributors to the book, Ambassador Zhou Gang, a former ambassador to Pakistan, hoped that the China-Pakistan Economic Corridor (CPEC) will not benefit the two countries as well as the entire region. “It will continue peace, development of all countries around the corridor”, he said, vowing to make CPEC a “complete success.”

The first chapter, narrating Premier Zhou En-lai’s visit to Pakistan, is written by ambassador Weidong’s father, then a young attaché in the embassy. Ambassador Weidong shared the sentiments of Pakistan-China friendship were echoed on that historic visit. 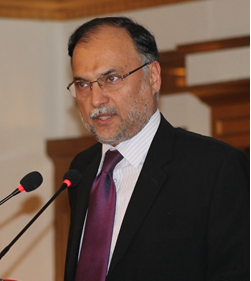 The chief guest of the event was federal minister for planning, reforms, and development, Ahsan Iqbal. He said Pakistan’s relations with China cut across three spheres – political, social and economic. These spheres are addressed in the book’s major themes of friendship, culture, and

Minister Iqbal called for translating geo-strategic relations into geo-economic one. He recalled that in 2013, when he attended a meeting on CPEC, he was told that China’s place in foreign direct investment was sixteen (16). “Today, China has become the number 1 foreign direct investor. This is the transformation”, he stressed.

He agreed that no single government can claim “monopoly” over the special relation.

As final speaker, Zang Shixuan, head of Urdu language team of People’s Pictorial, paid tribute in Urdu language, by reciting poems and ghazals. One of the paras read:

The launch was formally ended with presentation of souvenirs to the visiting delegation and speakers.  The event was co-hosted by the Embassy of the People’s Republic of China. 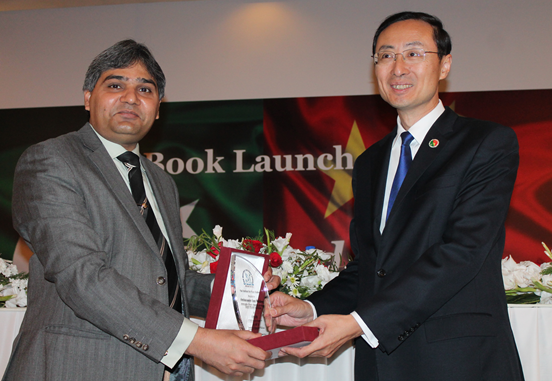 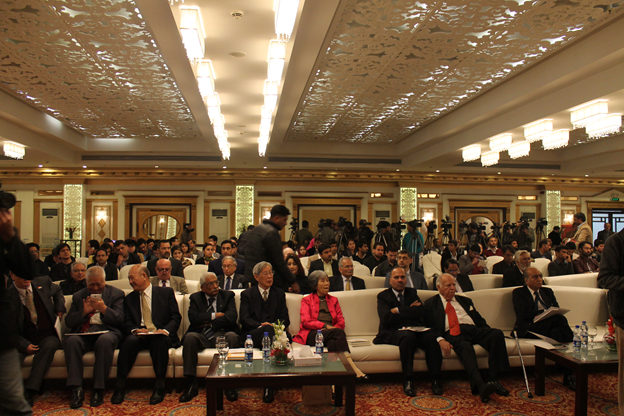