American media has failed to play the watchdog role 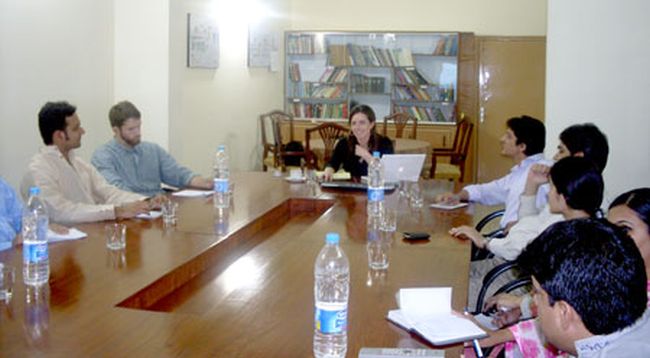 The US media was “set up to fail” by the Bush administration as it prepared to invade Iraq in March 2003.

This was stated by Katherine Brown, a Ph.D. candidate at Columbia University’s Department of Communications, during a presentation at Pak Institute for Peace Studies on July 2, 2010.
She admitted that the American media had failed to play the watchdog role ahead of the war in Iraq, adding that most US news networks felt betrayed after they discovered that their government had taken their country to war on a false pretext. 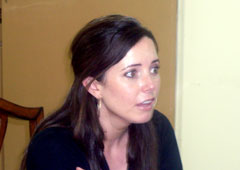 Ms. Brown spoke at length about the evolution of the US media. She said that the Founding Fathers of the United States did not expect newspapers to play a central role in the republic, pointing to the fact that these publications were highly opinionated in the beginning and much of their content was “personal and acrimonious.”

Discussing the formative phase of the US media industry, she said that no man’s character was “safe from the assaults of anonymous scribblers, who as easily changed their allegiances as their coat, and who gained a precarious living from personalities, half-truths and untruths, expressed in the most outrageous terms.”

Ms. Brown also discussed how low-priced newspapers made information more accessible to the masses in the 19th century. The Penny Papers were the foundation of the present-day US media industry. She also maintained that these papers fed the growing public curiosity about leaders and fellow citizens. Besides, they reduced partisan journalism and resulted in growing numbers of newspapers and readers.

Currently, she said, the US news outlets were facing tremendous economic hardships and it was becoming increasingly difficult for them to play a watchdog role. Many of them, she added, had shut down their international operations, even though their country’s involvement in different regions of the world had not diminished.

Ms. Brown said that the US media had largely failed to address the weaknesses of American political system. She also maintained that it had frequently failed to challenge abuses of power or encourage meaningful civic engagement in the country.

The presentation was followed by a lively Q&A session. Some participants believed that the American press was putting an unnecessary strain on the Pak-US relationship.
Answering a question, Ms. Brown tried to dispel the impression that the “Israel lobby” was guiding US news networks. 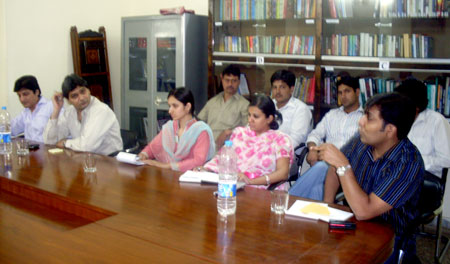