Azad Jammu and Kashmir (AJK)DialogueEventsIndiaNeighboursPakistanRegional and global security
By PIPS Published On Nov 16, 2010 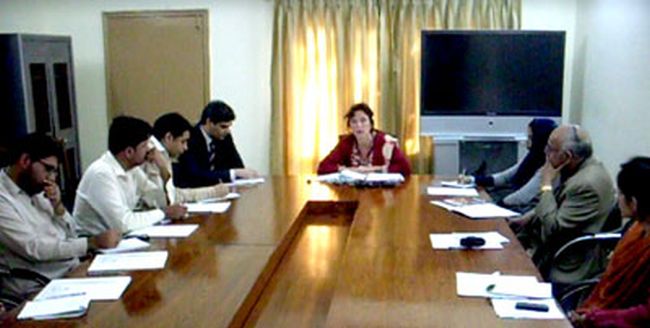 The issue of human rights violations in Indian-held Kashmir (IHK) neither receives attention of world human rights organizations nor the international media. International civil society’s role becomes more relevant to push the stakeholders for a permanent solution to Kashmir dispute. Moreover in the era of globalization, the regional economic interdependence necessitates regional and local approaches of conflict resolution by engaging all the stakeholders including China. These views were expressed by the participants of a seminar “The Changing Political Dynamics in South Asia: How China, Pakistan, India and USA Relate,” organized by Pak Institute for Peace Studies (PIPS), Islamabad, on November 15, 2010. 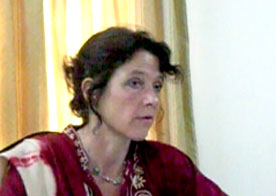 A reconstruction of peace roadmaps within regional approaches is needed as change continues to unfold in South Asia. It is important to see China in terms of its relations with the other regional countries and U.S. Afghanistan in this realm also plays important role in defining and influencing the position of China in the region.  A renewed emphasis to engage China in resolving Kashmir dispute raises many questions at the International level. With the inclusion of China, Kashmir will not remain a bilateral dispute anymore. Rapprochement between China and India could lead towards regional and global peace. These views were expressed by Marjan Lucas, a European expert on Kashmir issue associated with the Dutch Peace Council.

Amir Rana, Director Pak Institute for Peace Studies (PIPS) stated that in view of the changing regional political landscape and the expansion of global power centre, re-examination of Pakistan’s position in the region and the world at large is needed. He also highlighted the pivotal role being played by Pakistan in ensuring regional and global peace. He stressed that the peaceful and stable western border of Pakistan will ensure peace throughout the region.

Senior Defense analyst Maj. Gen. (Rtd) Jamshed Ayaz was of the view that war is not an option to resolve longstanding disputes in the region. Therefore within regional mechanisms there is a need to evolve a consensus for peaceful resolution of all regional disputes including Kashmir conflict. He added that as compared to India, China enjoys a much stronger position in South Asia. The economic and military disparity between India and China is quite obvious and China hardly regards India as a close competitor. Whereas he emphasized that the China and Pakistan share friendly relations with one another. He also suggested that if Indian leadership tries to take its public along, only then the huge trust deficit between India and Pakistan can be bridged.

PIPS’ Research Analyst Safdar Sial underlined different prospects and the possibilities of economic cooperation between regional countries– like proposed mega gas pipelines and construction deep seaport in Gawadar– which can act as much needed confidence building measures to garner an environment of mutual trust that in turn will help in mending ways for conflict resolution.

Professor Hamid A. Ghaori said that Kashmir is an unfinished agenda of partition between Indian and Pakistan. In light of United Nations Security Council Resolutions (UNSC) Pakistan’s stance on this particular issue carries more legal and moral weight. Pakistan is not likely to compromise on an issue as sensitive and crucial as Kashmir.

PIPS researcher Abdul Basit upheld keeping the current political and regional security environment of South Asia in view; resolution of Kashmir dispute seems least likely as major stakeholders seem poised to maintain the status quo on the issue for the time being.

This interactive discussion brought the participants to a consensus on the topic under consideration with Marjan Lucas’ concluding remarks that, “New dynamics bring new opportunities which must be utilized positively acting as a driver not a mere spectator”.