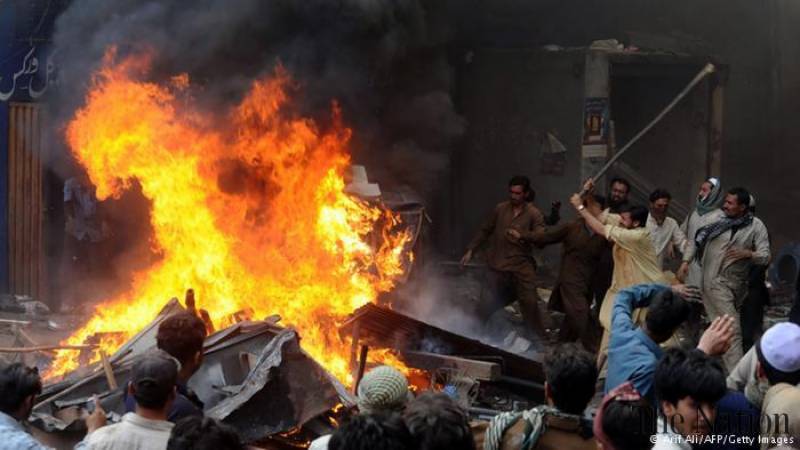 There  seems  to  be  broad  agreement  among  analysts  that  Pakistan  has  never  witnessed  worse manifestations of violence fuelled by radical extremism than it does today.
Against this backdrop I want to focus on the mainstream media’s role instead of talking about the fringe jihadi media.
It is obvious that the media cannot remain aloof from the developments taking place in society. We were taught  in  graduation studies that the  media has the  power to influence and shape public  opinion. That role obviously attains added significance in turbulent times.
The current wave of violence by radical extremists and other terrorists has exposed shortcomings of the media on many levels. I would talk about some of the main ones.
Of  course,  media  organizations  lack  the  capacity  to  report  from  the  conflict-hit  area  now  with  military operations  going  on  in  large  swathes  of  the  northwest,  but  when  reports  of  violent  extremism  in  the Tribal Areas and Swat first became known the media largely failed or chose not to give insight into the threat in a timely manner.
Subsequent coverage of the issues by the print and electronic media has for the most part been confined to  reporting  on  the  most  recent  suicide  bombings  and  other  terrorist  attacks,  casualty  figures,  and  the amount of explosives used in each attack. The media’s focus has been on breaking news first but there has been little follow-up or objective and in-depth analysis and only superficial comment, at best, about the dynamics  of  the  Taliban-related  terrorism.  Until  recently,  most  newspapers  and  TV  channels  seemed almost at pains not to dwell on the context of the emergence of the Taliban and other extremist elements seemingly out of thin air.
Many  media  experts  would  tell  you  that  the  newspapers  and  TV  channels  in  Pakistan  did  not  and perhaps  still  do  not  perceive  the  Taliban  as  a  threat  to  the  country  or  its  people  despite  butchering thousands of men, women and children and flouting in the most blatant manner the rights and protection guaranteed by the constitution. Only a few months ago – before the launch of the military operation in Swat  –  countless  newspaper  reports  and  TV  talk  shows  were  opposing  military  action  or  justifying  the illegal and unconstitutional demands of the Taliban when they had effectively ended the writ of the state in  Malakand  division  and  were  quite  literally  slaughtering  security  forces  personnel,  public representatives and common citizens. At that time, there were many voices in the media either calling for reaching  an  understanding,  or  an  agreement  with  the  Taliban  and  ceding  more  territory  to  them,  or generally writing and airing favourable reports, either out of fear or on the establishment’s behest. It is painfully obvious why elements in the establishment would still be interested  in a favourable press for the Taliban and other militant extremists.
Generations  of  Pakistanis  have  grown  up  seeing  India  painted  as  the  enemy  and  India-bashing  is considered fair game by the media. Indian media’s portrayal of Pakistan is not substantially different. But when  the  Taliban  were  butchering  civilians  and  security  personnel  they  were  not  being  publicised  as Pakistan’s enemies. There was no Taliban-bashing.