Zero tolerance for militancy in Punjab 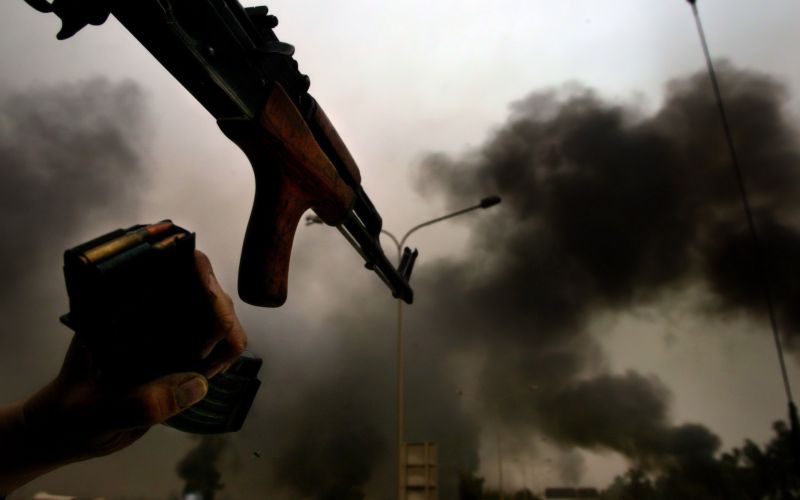 Beyond the usual vows of countering the “terrorist mind-set”, Prime Minister Sharif made a rare admission of the presence of militant groups in the country’s largest province Punjab, when he vowed to go after them, come what may.[1]A political leader who attended the meeting approving NAP recalled that one of the topics that dominated the discussion was militancy in Punjab. “It was discussed at length that to make NAP successful, there would be zero tolerance to militancy in Punjab”, he said requesting anonymity.[2] Clearly enough, NAP too calls invokes the same point.

In the past, especially after 9/11, the state hardly took serious actions against Punjab-based militant organizations. The focus was largely on Pakistani Taliban and other FATA-based groups fighting security forces in tribal areas and adjoining Khyber Pakhtunkhwa.

Punjab-based groups carry signatures on the most deadly and audacious plots. Not only did they carry out attacks in key Punjab cities like Lahore and Rawalpindi, Punjab-based groups had key role in terrorism outside Punjab: They fought security forces in tribal areas and KP, especially in Swat; orchestrated sectarian attacks against Shia Hazaras in Quetta; attacked military installations in Karachi; and rammed Marriot Hotel in Islamabad. That is why a leading security expert wrote that the “real battle against violent extremism” would have to be fought in Punjab.[4]

Punjabi militants didn’t emerge now. Many first fought during the Afghan war in 1980s and later shifted their focus to Kashmir in 1990s. According to some reports, in 1990s, at least 72 jihadi organizations were active in Punjab; many merged into bigger groups, and several splintered. Throughout, many of these groups retaining their old links with Afghan Taliban, Al-Qaeda, and other outfits in Pakistani tribal areas.

Often, militancy in Punjab is dumped to it southern Punjab. In May 2012, chief minister Punjab Shahbaz Sharif admitted that the southern part of Punjab was a “breeding ground” for militants. (Yet, Punjab governments hardly took action against the militant network and outfits there.)

But Punjab militant networks go beyond the province’s southern belt. Many militant organizations have successfully established their networks in urban centres of northern and central Punjab, too. In mid-2014, the special branches of Rawalpindi and Islamabad police reported that Tehreek-e-Taliban Pakistan was receiving full support from religious seminaries in Rawalpindi, where 20 Deobandi seminaries served as bases for terrorists to launch attacks in the twin cities.

Post-9/11, when the United States attacked Afghanistan, scores of Al-Qaeda leaders ran to Pakistan, where they were arrested from different cities of Punjab. The vast madrassa network in the province, spreading the militant ideology, hosted the Arab ‘guests.’

Hardly actions have been taken against the 20 or so seminaries in Rawalpindi, special branches have identified, or many others across Punjab, despite the announcement of NAP.

Dawn attributed the inaction to protests by religious parties:

“The religious parties, after protesting vigorously that their seminaries should not be caught up in the dragnet, had gone quiet and those with a presence in politics had returned to business as usual, a clear enough sign that their apprehensions have been assuaged.

How has this silence come about? Have they been given an assurance that their networks will not be touched in the course of fighting terror? And if so, will this assurance weaken the fight or strengthen it?”[5]

Punjab government informed the Supreme Court on July 23, 2015 that 16,000 madrassas are working in the province. Nearly 6000 of these are unregistered, according to the then Punjab home minister Colonel (Retd.) Shuja Khanzada. He also admitted that “some seminaries” in Punjab were funded by “brotherly Muslim countries.” (Khanzada was killed in a suicide attack in August 2015.[6])

Home department officials argue that majority of madrassas are unwilling to register under the new form the interior ministry issued, probably because the form also asks for reveal funding source.

After NAP was announced, Punjab government showed some seriousness initially to curb the militancy. This seems to be the claim made in an official report the province submitted to the Prime Minister’s Office in March 2015. According to this report, between late December 2014 and March 2015, the security agencies conducted 14,791 operations in Punjab and arrested 2,798 people. Moreover, Punjab police also arrested 3,214 people for violating the usage of loud speaker and registered register 707 cases of hate speech. More people from banned organizations were put under the Fourth Schedule of the Anti-Terrorism Act, so as to monitor their activities; the figure now is 1700.

Officials also feel less pressurized to implement the NAP. “In the earlier days, there was a lot of pressure to arrest more and more people under NAP,” an official said, despite that arresting people would not solve militancy issue. This, he said, has decreased over time.[7]

In any case, scepticism followed if those arrested mattered. A police official based in Lahore noted that most of those arrested in the province were low-ranked members or workers of banned organizations, who had nothing to do with policy making of those organizations. “Majority of them were detained for one month or so and were released by courts on the first hearing”, he said.

Ahl-e-Sunnat Wal Jamaat (ASWJ) is one such sectarian group which reportedly came under the radar of the government. The group previously operated as Sipah-e-Sahaba (SSP), which itself was the reincarnation of Pakistan’s most dreadful sectarian-militant group of Pakistan Lashkar-e-Jhangvi (LeJ). ASWJ was reportedly banned in March 2012, though it continues to work openly in the country.[8]

A couple of months later, most of them were released. “The law enforcement authorities failed to produce proofs against them in court of law”, he said. A police officer complained, “It is the conviction rate; that is the problem.”

The situation is compared to nationwide crackdown: on May 28th, NACTA’s national coordinator revealed in parliament that of the 49,000 suspects arrested from all over the country, after December 2014, only 129 belonged to the TTP.[9]

An AWSJ member said that the security forces were “trying to create an environment of fear by registering cases and arresting people.” This, he warned, will backfire, as “most of those arrested have come out of jails with tougher stance against government and security forces.”

On July 29, 2015, Pakistani woke to the news that Malik Ishaq, founding member of Lashkar-e-Jhangvi, a Sunni extremist group, was killed in a mysterious shootout in Muzaffargarh, Punjab, along with his two sons and eleven associates.

Malik Ishaq inspired many Deobandi-aligned militant outfits in Punjab, with footprints on many attacks against Shias across the country. In 2014, the State Department put him on the list of wanted terrorists.

As to how his death will impact militant landscape of Punjab is to be seen. Although he parted ways with ASWJ, which he thought was too ‘peaceful’, he drew support from a significant section of ASWJ’s youth members. There is a strong possibility that like-minded charged youth from different Deobandi militant outfits could join hands to take revenge of his death.  This could set in revival of LeJ in Punjab.

Punjab Home Minister attributed Ishaq’s death to National Action Plan.[10] Many are wondering if Pakistan has finally woken to the threat of militants like Ishaq, who until his death, was considered off-limits.

Is that really so?

A July 2015 report by International Crisis Group claimed that despite “claims to the contrary, the military, which has almost complete control over national security and counter-terrorism policy, also still distinguishes between ‘bad’ jihadi groups, those targeting the security forces, and ‘good’ jihadi groups, those perceived to promote its strategic objectives in India and Afghanistan.”[11] Some of the latter groups are in Punjab.

A Lahore-based academic, contests the claim of Punjab government taking any action. The ruling party Pakistan Muslim League-Nawaz, being a right wing party, would “hardly take actions against militancy.”[12] Some in PML-N are even accused of having links with Punjab-based militant groups. According to Hassan Askari Rizvi, “They still stuck in the conceptualization of militancy and terrorism.”[13]

One ASWJ member objected to selective approach of security forces in Punjab, saying “hardly any action taken against Jamaatud Dawa” in Punjab. “Such tactics breeds more hatred”, he said, adding “the current approach risks aggravating the situation rather than limiting the problem of militancy.”[14]

[2]Author’s interview with a politician, who requested anonymity.

[7]Author’s interview with a government official, who requested anonymity.

[14]Author’s interview with a member of ASWJ.