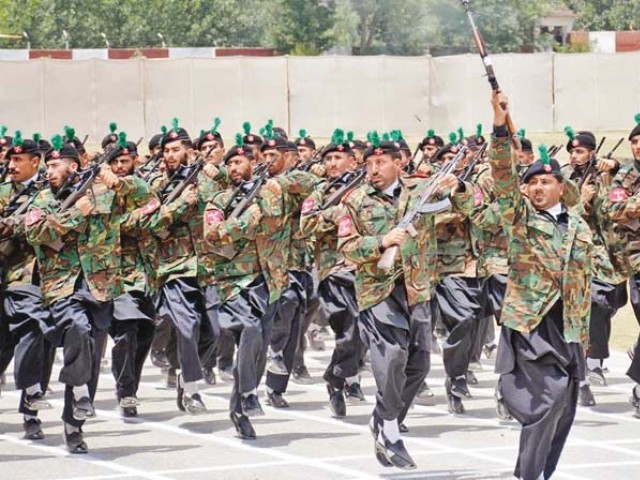 Ever since NAP has been launched, there has been decline in violence in the country. This decline needs to be sustained by simultaneously addressing the much deeper issues, going beyond the militaristic quick fixes. Without addressing those issues, the fear of return to violence lurks behind.

It was in late December 2014 that the Prime Minister, Mr. Nawaz Sharif, responding to the dastardly attack on a school in Peshawar week earlier, rolled out its counter-terror strategy, National Action Plan. What is unique about the NAP is that it galvanized all political parties and military leadership to publicly vow against terrorism, besides bringing out government’s counter-militancy efforts in the public debate.

Since then, if gone by the number, there has been a decline in terrorist attacks in the country: According to statistics provided by Pak Institute for Peace Studies’ digital database on security, from January 1 to August 31 this year, a total of 471 terrorist attacks took place across Pakistan, which represented a 47 percent decrease from such attacks recorded during the corresponding period of 2014. The number of people killed (752) and injured (931) also posted a decrease of 36 percent and 43 percent, respectively, from corresponding months of previous year. Government claims its efforts have brought down terrorism in the country by 70 percent.[1]

While NAP has apparently taken on some issues hitherto ignored in Pakistan’s counter-terror approach, much of it is continuation and expansion of the old counter-terror strategies. For one, it would be wrong to say that the government “woke up” only after the APS attack; operation Zarb-e-Azb in North Waziristan was launched in June 2014, much before NAP, followed by military operations Khyber 1 & 2 in Khyber Agency the same year. Meanwhile surgical strikes against militants in Karachi have been going on since 2013. By the same token, loopholes in the performance on the NAP, nine months later, appear somewhat similar to the pre-NAP confusion in dealing with militants.

Several observers point out that the country’s National Action Plan is too much military-centric, squeezing the space of the civilians.[2] They argue that military holds the key role in apex committees which steer the NAP implementation. Some political parties have also expressed serious concerns that the paramilitary troops Rangers have overstepped their mandate in Karachi.

Others however believe that while military campaign against terrorists remains at the heart of NAP, government has failed to take some effective steps to reduce appeal of religious extremism and violent ideologies that feed terrorism.  In the most recent National Apex Committee meeting held in Islamabad, on September 10, Prime Minister expressed dissatisfaction over the implementation of NAP and directed the federation and provinces to improve coordination so as to produce better results.[3]

Below are key findings from the expert analyses this report contains on the progress on each of the twenty points of NAP.

Below are some critical areas that Pak Institute for Peace Studies (PIPS) believes NAP measures should also focus on:

While military operations and actions taken under NAP have weakened the militants and put them under pressure, comprehensive and concerted counter-radicalization and de-radicalization programs are also needed to challenge and reduce appeal of militant ideologies, and rehabilitate repentant militants. The intensity of the extremism issue requires a multifold reintegration framework with broader focus on both violent and non-violent individuals and groups. Such an approach has not been conceived as the state is mainly relying on conventional frameworks of rehabilitation. A creative multipronged reintegration framework is needed whether the state adopts a surgical approach or a political one to tackle the menace of terrorism.

Pakistan recently banned the Islamic State in Iraq and Syria group. A ban may not reduce the inspiration of the ISIS among Pakistani militants, particularly when many banned groups continue to operate in Pakistan. With regards to future trends of the IS inspiration and influence in Pakistan, a lot will depend on Pakistani state’s efforts to achieve security and eliminate militant groups and ideologies. In the short term it means how the ongoing security operations, mainly in FATA and Karachi, proceed and conclude, and how the National Action Plan is implemented by the federal and provincial governments. At the same time, Pakistan will need to enhance border-security and counter-militancy cooperation with Afghanistan where ISIS is increasing its influence; many Pakistani Taliban militants who pledged allegiance to or supported ISIS have also relocated to Afghanistan.

Operation Zarb-e-Azb has pushed a big part of the terrorists’ infrastructure to the other side of the border in Afghanistan, mainly in Kunar, Nuristan and Khost provinces. These groups could try to re-establish in FATA in future; they are already engaged in cross-border attacks inside Pakistan. Two things are imperative to respond to the threat: first, political and administrative reforms in FATA, which will not only deny militants a support base but also improve local security structures; and secondly, efforts to evolve some broader joint security mechanism with Afghanistan.

Easy availability of heavy weapons in Pakistan is a major challenge for the security forces’ counter-militancy drive. According to one estimate, 20 million illegal weapons are in circulation in Pakistan. Sectarian terrorist groups and nationalist insurgents in Balochistan appear to have recently adopted targeted killings as the foremost instrument of terrorism. Easy access to lethal weapons has made their task easier.

Law enforcement departments need a dedicated platform to scientifically monitor the changing behaviors, trends and emerging patterns of terrorist groups. This initiative will help them to broaden their threat perception and evolve effective responses. So far, it has been difficult for law enforcement agencies to think beyond the established threats. Pakistan is a frontline state in the war against terrorism but Al-Qaeda has never been on its threat-perception radar. The same is true for ISIS, which is now transforming local terrorist groups.

The repatriation and rehabilitation of internally displaced persons (IDPs) from North Waziristan and Khyber tribal regions requires urgent attention of the federal and provincial governments as well as the military leadership. The government needs swift action to not only provides full facilities to the IDPs but also to check undesirable practices and exploitation of the displaced persons by charity organizations in IDP camps. There is a need for making government aid agencies more effective in order to revive and enhance the IDPs’ confidence in the state.

There is an urgent need to speed up the FATA reforms process. In recent months, militants have started efforts to re-establish themselves in parts of FATA, mainly in those agencies where there is less military presence or pressure including Bajaur, South Waziristan and Kurram. Attacks on tribal elders, who are members of government-supported tribal peace committees, have also increased in recent weeks, mainly in Bajaur and Khyber agencies. A review of militants’ growth in FATA in past suggests that they took advantage of existing vacuum in political and administrative structures and further weakened them by attacking the tribal elders, who have a key role in political administration. They could do so again in future, particularly when military pressure will be eased, if FATA’s political and administrative structures are not mainstreamed or reformed.

This is an important area that is being neglected in the counterterrorism framework. After the jail breaks in Dera Ismail Khan and Bannu and an unsuccessful attempt to breach the central jail in Karachi last year, the need for enhancing prison security has become more pronounced. The jails in Pakistan are not only providing safe havens to terrorists to continue their activities but also serve as recruitment centers for terrorist groups. Jail reforms are also critical because terrorist groups have infiltrated police and prison officials.

The police need to be equipped with new technologies and resources but utilizing the available and allocated resources for the force is another critical issue. The operational and technical assistance and capacity building of police is an important area that needs focus. The training programs need to be focused on technology-led policing along with attention to management, intelligence gathering, mobility and connectivity. At the same time, the NAP should prioritize the de-politicization of police, which is the key to making it a professional force.

[5] On September 10, 2015, Interior Minister Chaudhry Nisar said that the government has committed funding for NACTA. See, “Those challenging writ of state to be crushed: Nisar”, Samaa Web Desk, September 10, 2015, http://www.samaa.tv/pakistan/2015/09/those-challenging-writ-of-state-to-be-crushed-nisar/

[8] “Karachi operation will be accomplished at all costs: PM Nawaz”, Express Tribune, September 11, 2015.