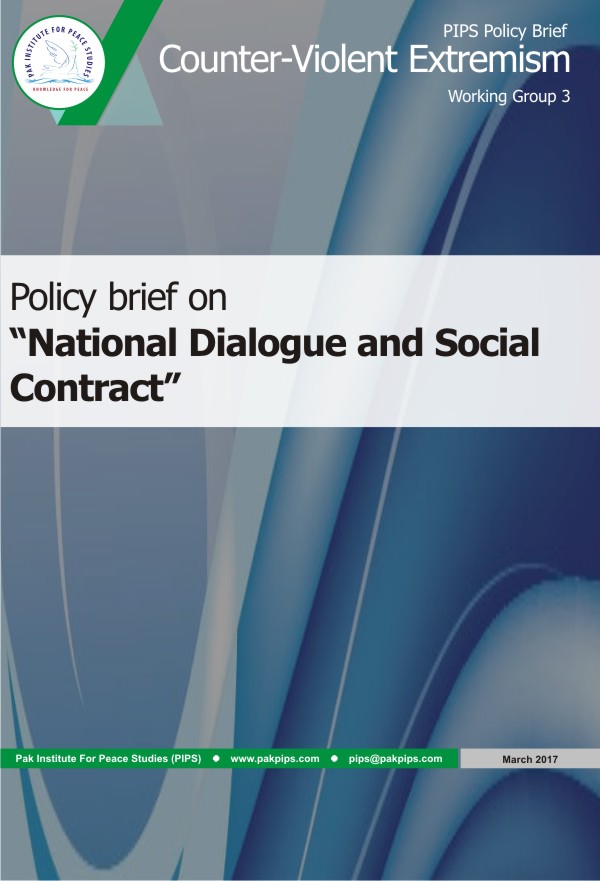 • This brief summarizes the findings of the third working group on Counter-Violent Extremism (CVE), which deliberatedupon the need for holding national dialogue(s) to address critical politico-philosophical issues in the country, especially those producing and/or supporting extremism, and whether a revised social contract could provide answers.
• Debates around boundaries of state-religion relations dominate much of the Muslim world, the group said. In Pakistan, however, the debate should not be largely pivoted around the construction of social contract, which we already have, or its revision; instead, the prevailing narrative, which ends up sympathizing with those of the extremists, should be scratched.
• Broadly stating, participants called for shaping a narrative that is accommodative towards all citizens; the narrative should be sourced to the constitution. ....