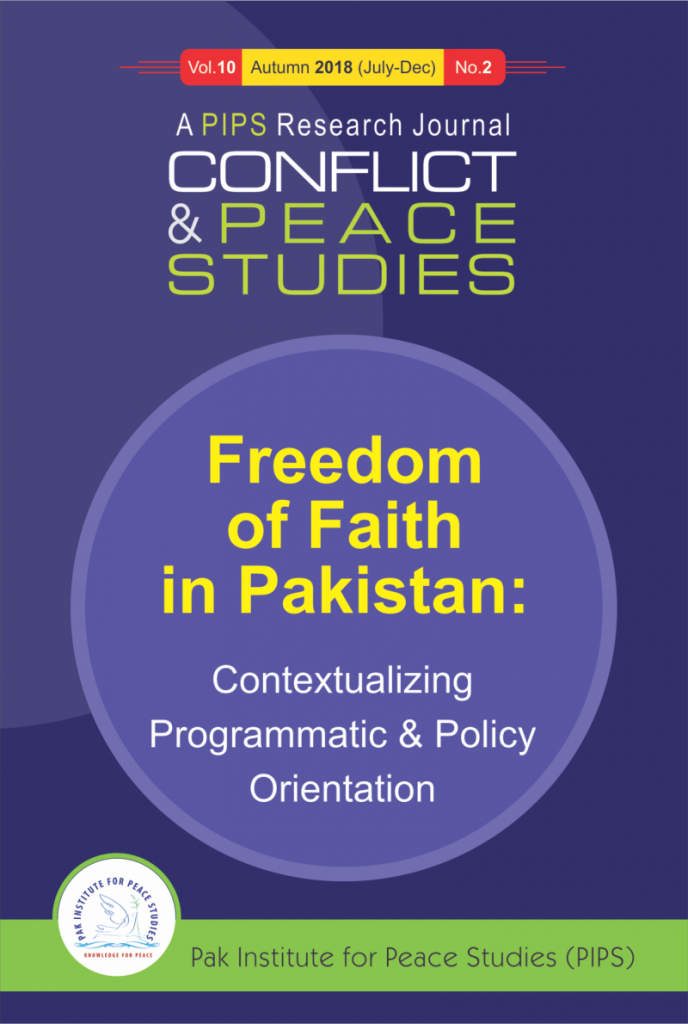 Faith-based discord and discrimination seem so pervasive that even attempts to seek solution are fraught with polarizing society further. Organizations advancing human and minority rights have to scale down their activities, because of restrictive governmental policies as well as threats from extremists. Yet new workable ways can be explored in form of providing tangible services to religious minorities, such as uplifting them economically, and documenting their identity and marriages, as per their faiths. These will also help mainstream them in true sense, enabling them to freely practice their faiths.

These are some of the findings of the report “Freedom of Faith in Pakistan: Contextualizing Programmatic and Policy Orientation”, released by Pak Institute for Peace Studies (PIPS), as a special issue of its research journal “Conflict and Peace Studies.” The study is based on individual and group interviews with religious scholars, NGO workers, academics, lawyers, and religious minorities’ representatives in the four provincial capitals and Islamabad.