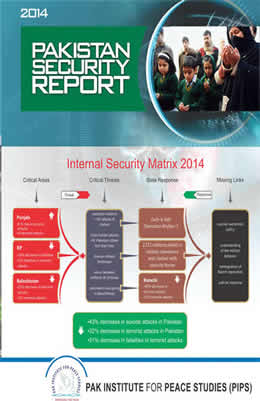 “They have hit us where it hurts the most!”

This was one of the headlines that a Pakistani newspaper carried the day after a terrorist attack on the Army Public School in Peshawar on December 16, 2014. This brutal act forced the state to adopt a ‘zero tolerance’ approach in the fight against terrorism. The day after the attack, the government lifted a moratorium on the death penalty and eventually hanged several convicted terrorists. The Prime Minister summoned an all-parties conference in Peshawar. Chief of Army Staff (COAS) Gen. Raheel Sharif lost no time in flying to Kabul to meet Afghan President Ashraf Ghani to obtain assurances that terrorists’ havens in the provinces of Kunar and Nuristan will be eliminated. A National Action Plan (NAP) was also prepared, within a week, to counter the menace of terrorism.

Though countering terrorism has been a huge challenge, security institutions seem to lack a proper counterterrorism framework. The action plan announced is an attempt to fill this void. The PML-N government introduced a national internal security policy in early 2014 and had promised to make the National Counterterrorism Authority (NACTA) functional. But the policy document was not coherent and failed to provide a workable counterterrorism framework. NACTA also remained non-functional, mainly because of capacity gaps, the non-seriousness of the interior ministry and ambiguities about the authority’s mandate.

A working group of counterterrorism experts and the recently formed anti-terrorism action committee of Parliament have successfully extracted a clear and workable framework from previous practices and policy documents to address immediate challenges posed by terrorists.

The year 2015 is expected to be a decisive one for Pakistan in the war against terrorism. If the vigilance and will of the political and security establishment can sustain the current momentum, an effective counterterrorism mechanism can be evolved.