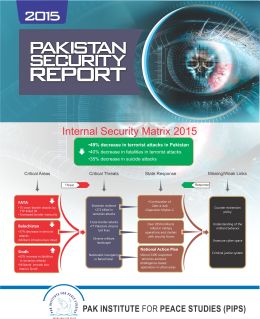 2015 was a landmark year in the history of Pakistan, as the state and society came up with a long-awaited resolve against terrorism. Statistically, in the year 2015, the number of terrorism incidents marked a decline of 48 percent compared to the year before, which is the highest-ever decrease between any two years since 2007, when militants had stepped up their onslaught against Pakistani state and society. Certainly, a sense of security prevailed among masses, a significant outcome of the improved security matrix of the country. However, the challenge of countering terrorism as well as religious extremism still needs concerted and coordinated efforts.

The National Action Plan (NAP) was the manifestation of the resolve of the nation against terrorism. The NAP galvanized all political parties and military leadership to publicly vow against terrorism, besides bringing out government’s counter-militancy efforts in the public debate. In just one year, since the Army Public School (APS) was attacked in December 2014, it appears that Pakistani state and society have successfully constructed a narrative of zero tolerance against terrorism. The spaces for extremist’s apologists in public discussions and mainstream media are gradually shrinking, which contributed in keeping the discourse on counterterrorism focused. However, the perception that the government woke up only after the APS attack is not true. Some fragmented responses already existed but these were not connected with a broader counterterrorism framework. The NAP was an attempt to fill this void.

This is imperative to remind ourselves that the challenge of countering terrorism has been huge and manifold. Despite the NAP being in place, the security institutions face multiple challenges, on the top of which are the capacity gaps to counter urban terrorism threats. The lack of a collaborative approach among different law-enforcement agencies is another challenge. This challenge is a root cause behind the non-functional National Counter Terrorism Authority (NACTA) and the establishment of Joint Intelligence Directorate, which is important for better operational coordination.