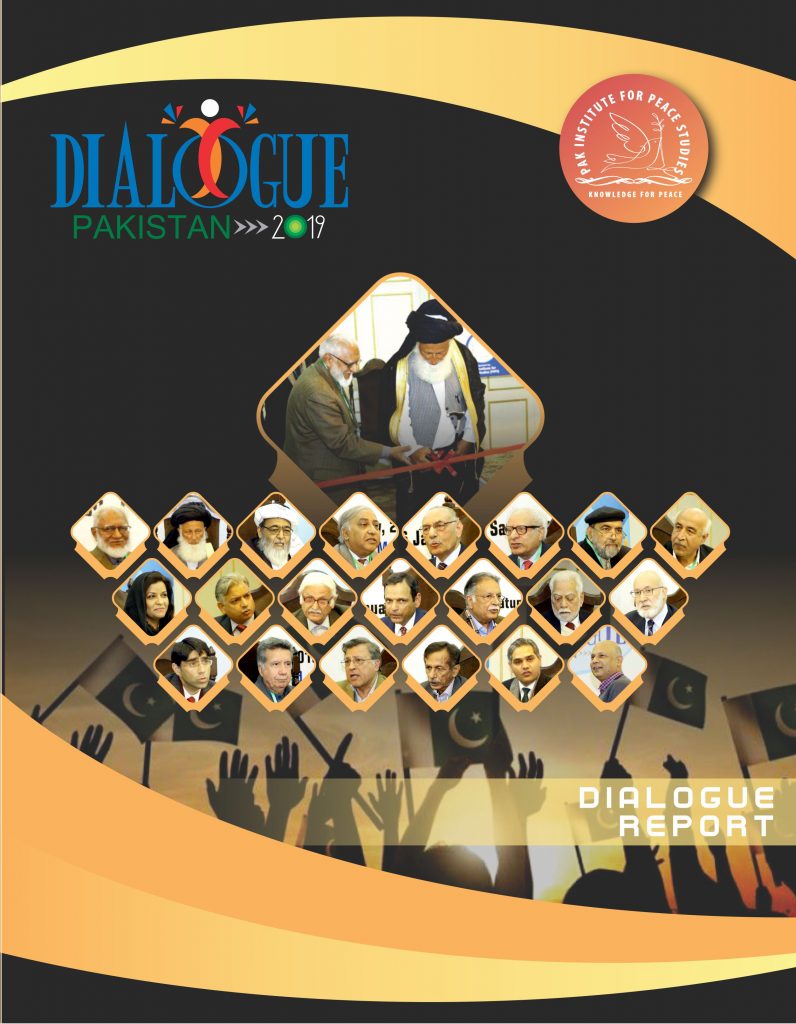 To move forward as a country there is need for holding dialogues on pressing national issues, such as center-province relations, role of religion, the country’s foreign policy – among the most relevant stakeholders, who otherwise do not interact with each other.  Without such dialogues, our debates and answers are no less than clichés, leaving us stuck with the past, even though strides have been made in many spheres of life.

These are some of the major findings of the report on the first-ever “Dialogue Pakistan”, comprising of five different thematic sessions on the critical, intellectual, and policy issues of the country held early this year.

Two internal policy questions the country faces every now and then are about the exact parameters in which the State should embrace religion and about the ties between the center and the provinces. Any discussion on these ends up inviting polarizing debate on the primacy of security considerations in the state affairs, which, in turn, elicits heated discussions on civil and military relations.

The report notes that Pakistan has made great strides in several spheres. The passage of the 18th amendment aims to correct the centre-province relations. Similarly, the dialogues endorsed that the Parliament is the platform for ironing out differences among different segments of the society.

The dialogues, on which the report is based, noted that while Pakistan is a diverse country, there is inequality too, with some areas and professions being much better off than others. These variations can be ironed out through parliamentary channels, where all sorts of opinions are offered, reflective of the rich diversity of thoughts in the country. What emerges from this process is a strong sense of association among the people. For all short-term inefficiencies in this model, it is a more natural process as compared to artificially imposed unitary models that may backfire.

The report notes that the primacy of security organizations in the country’s decision making owes itself to the varied security challenges, real or perceived, that the country faces. What is positive is the realization that holding dialogue is necessary among all players, who can present their point of views to each other, and then identify a way forward. Unfortunately, very little attempt has been made till now to devise a way forward

The report notes that while it has been more than seventy years since Pakistan’s creation, many of the debates are still about its genesis. Questions are asked about the role of religion in the run-up to Independence, so that its future is charted accordingly. Some fret over the existential crisis. Even our foreign policy, especially regional relations – right or wrong, continues to hinge on issues around its relations with the eastern neighbour. This continues despite the fact that the internationally the world and internal political reality have considerably changed.

The dialogue was attended by leading parliamentarians, former civil and military officials, scholars, academics, among others.