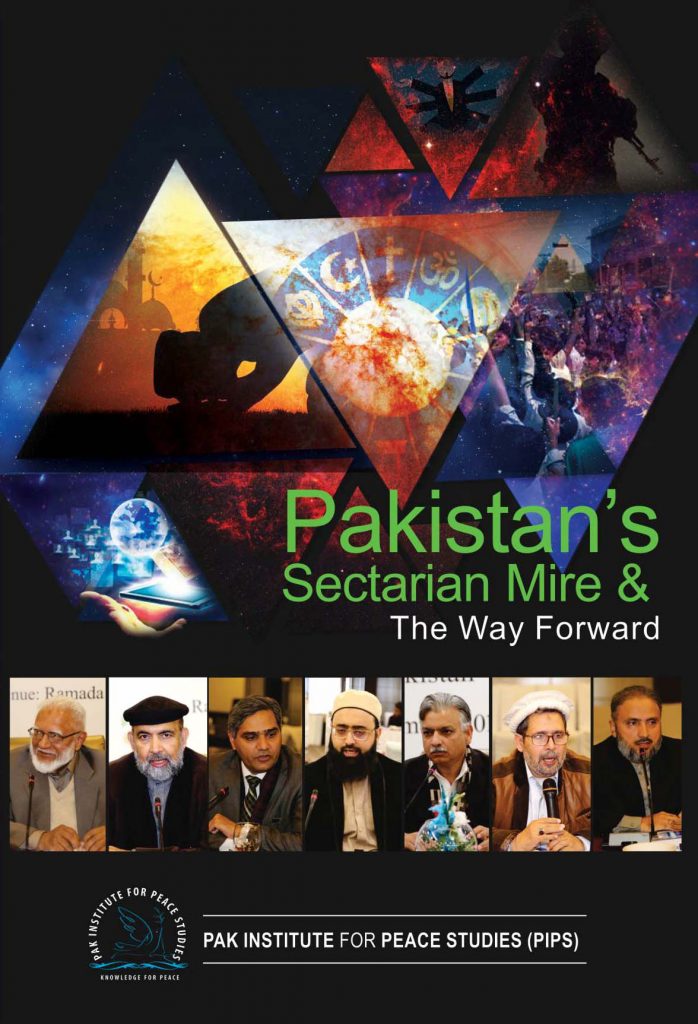 Sectarianism, which is eating into the vitals of Pakistani state and society, needs to be eradicated. That is imperative not only to achieve social harmony but also to achieve security and stability, which will help in attracting foreign investment in the country. While differences among people may continue to persist, the way forward is linked to learning to live with those differences. Above all, the state should unpack how sectarian identity has been institutionalized through a range of administrative measures, such as compulsion of seminaries to affiliate to sect-based boards.

These are some of the findings of this report, which is the outcome of a daylong closed roundtable PIPS held on sectarian harmony, on 19th of December 2018, in collaboration with the German Embassy in Islamabad. Renowned and credible religious scholars of all Islamic schools of thoughts as well as experts on the subjects participated.

But the problem is deep. Apart from violent sectarian groups, most of other militant groups are also deeply sectarian in nature, such as the Tehreek-e-Taliban Pakistan (TTP), its splinter groups as well as the Islamic State (IS) group, also known as Daesh. However what compounds the problem is the fact that faith-based discrimination and violence has gradually been penetrating in individual behaviours as well; group thinking is reported in professional bodies like media and state institutions. Even political spectrum of the country is getting a sectarian colour. Veteran religious-political parties and their leaders are considered ‘traditional’ compared to the recent ones with a clear-cut sectarian agenda.

Achieving sectarian harmony is a pre-requisite for achieving socio-economic development. More immediately, the country needs to ensure sectarian harmony to capitalize upon the socioeconomic projects of China-Pakistan Economic Corridor (CPEC). Balochistan and Gilgit-Baltistan, which are the entry and exit points of CPEC, respectively, inside Pakistan, and which often see attacks on Shia populace, cannot afford disruptions.

Any discussion on sectarianism often asks for overcoming the differences. This is a conventional approach, which fails to make any impact. In reality, sectarian harmony is about learning to live with each other, with those differences in existence. “Tolerance, one participant noted, is not indifference. It is something you do not agree with, but you accept.” Differences have been there and, in their positive connotation, have been part of intellectual debates.

It is the negative connection of sectarianism that creates problem. In Urdu, the term “sect” is often translated into both firqa and maslak. While maslak is more positive and points to an intellectual effort behind, the word firqa, with its political motives, invites division and negativities. One threshold of the differences turning from positives to negative is clearly the resort to violence. This should not be allowed.

Sectarianism is often better understood with the politics playing around. In Pakistan’s case, it emerged as a result of state policies dealing with myriad of challenges on external and internal fronts. It is also linked to external environment especially rivalries in the Middle East. The advancement in media technology has further magnified the differences.

It is heartening that the state is gradually realizing the need to overcome those sectarian differences that feed into violent extremism. That realisation is clearly charted in the country’s counter-terror plan, National Action Plan (NAP) as well as Paigham-e-Pakistan, a violence-denouncing document signed by leading Islamic scholars. However, questions are raised about implementation of these two.

In Pakistan, it is often said that the Islamization policies of the 1980s did the damage. What is required is exploration of those policies, so as to review them to curb sectarianism. It is to be seen how the state reinforced sectarian identity. For one, the role madrassahs in shaping sect-based identities is less contested, in part because they are bound to be affiliated with one of the five boards, which are purely sect-based. Above all, civil society should be supported for promoting social harmony, rather than seen as having some ulterior motive.