“Creating an environment that counteracts militant ideologies and radicalism in Pakistan” 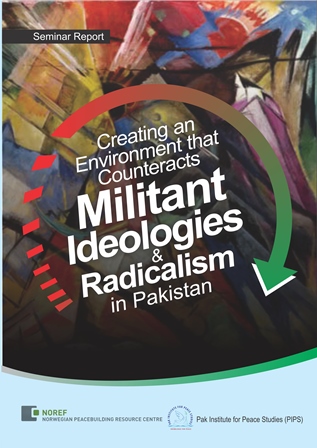 A growing realisation among various states that counterterrorism efforts to kill and capture militants will not in themselves suffice to check the militant onslaught has prompted them to evolve “soft” approaches and strategies to win the hearts and minds of the people and eliminate hatred, intolerance and extreme interpretations of religion. Such soft approaches are at the heart of various counterradicalisation and deradicalisation programmes that are being implemented in various Muslim-majority and other countries. The Egyptian, Yemeni, Jordanian and Indonesian models essentially developed as ideological responses to terrorism and extremism, while the Saudi model emphasised rehabilitation through psychological and social modules, along with ideological responses. Most of these programmes are based on the assumption that religious extremism is a matter of ideology originating from a (mis) interpretation of religion that leads to deviant social and psychological behaviours, and there is sufficient evidence available to indicate that this assumption is valid for Pakistan. The dearth of ideological responses in Pakistan to counter militant ideologies not only confuses public opinion, but also makes people vulnerable to what militants offer them in the name of religion. Militants are far ahead of their enemies in propagating their ideologies through their publications and electronic media campaigns. Nonetheless, irrespective of the debate about the extent to which militants and their ideologies are entrenched in the sociocultural fabric of Pakistan, it is hard to gloss over the fact that the Pakistani people do not yet appear to be fully convinced of the need to oppose the perpetrators of militancy and violence. A positive role for the state and society in Pakistan is thus indispensable for creating an environment that helps people resist the appeal of militant ideologies and contributes to developing prevention and response strategies.