Islam, Democracy and the Constitution of Pakistan 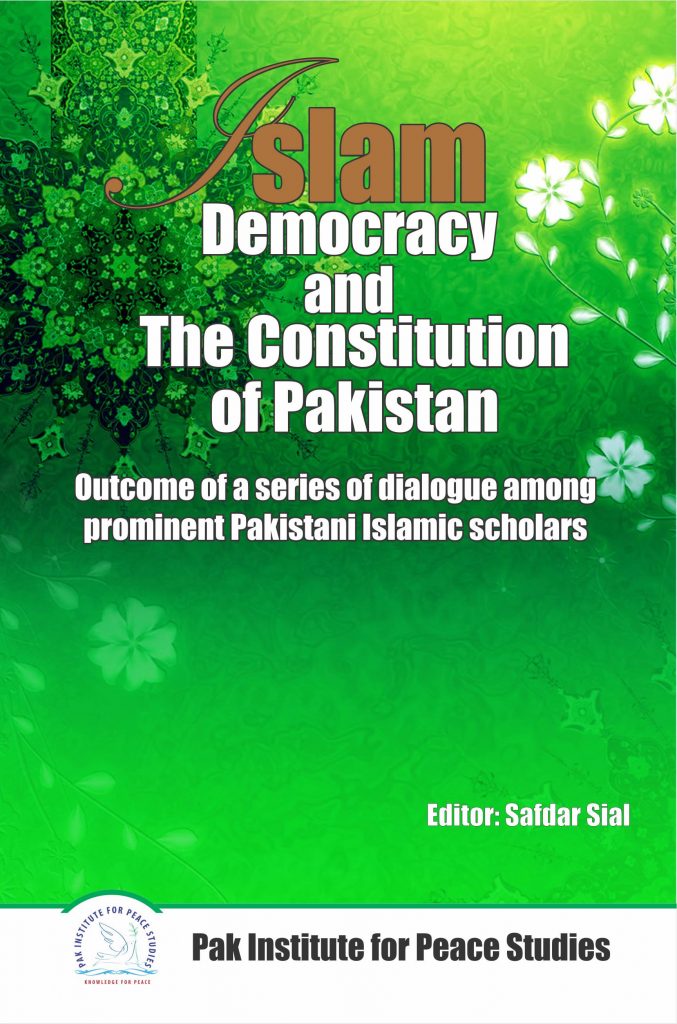 Over the past four years, Pak Institute for Peace Studies (PIPS) has engaged Pakistan’s leading religious scholars belonging to all schools of thought in a series of academic and intellectual dialogue to discuss critical challenges facing Pakistan and suggest their solutions. Another underlying objective of these dialogues has been to develop some consensual responses on the legal or jurisprudential aspects of the issues linked to religious extremism and militancy and create awareness among the people about that. Apart from that, the Institute has been serving as a platform to promote sectarian and interfaith harmony by holding structural dialogues among representatives of different segments of Pakistani society including religious leaders and scholars from all faiths and sects, political analysts and leaders, social scientists, media practitioners, and civil society and human rights activists, etc. PIPS has also been employing an element of dialogue to enhance interaction between students of madrassas and mainstream educational institutions so that they are able to exchange views and remove mutually held misperceptions about each other. In 2011-12, Pak Institute for Peace Studies held four structured dialogues among leading religious scholars from all schools of thought on the concepts of takfeer and khurooj. Some of the findings, as listed below, revealed that Pakistan’s religious scholars and leaders have confused and divided views about Pakistan’s Constitution and democratic system.