Pakistan’s achievements in war on terror but at what cost: a special review of the current decade 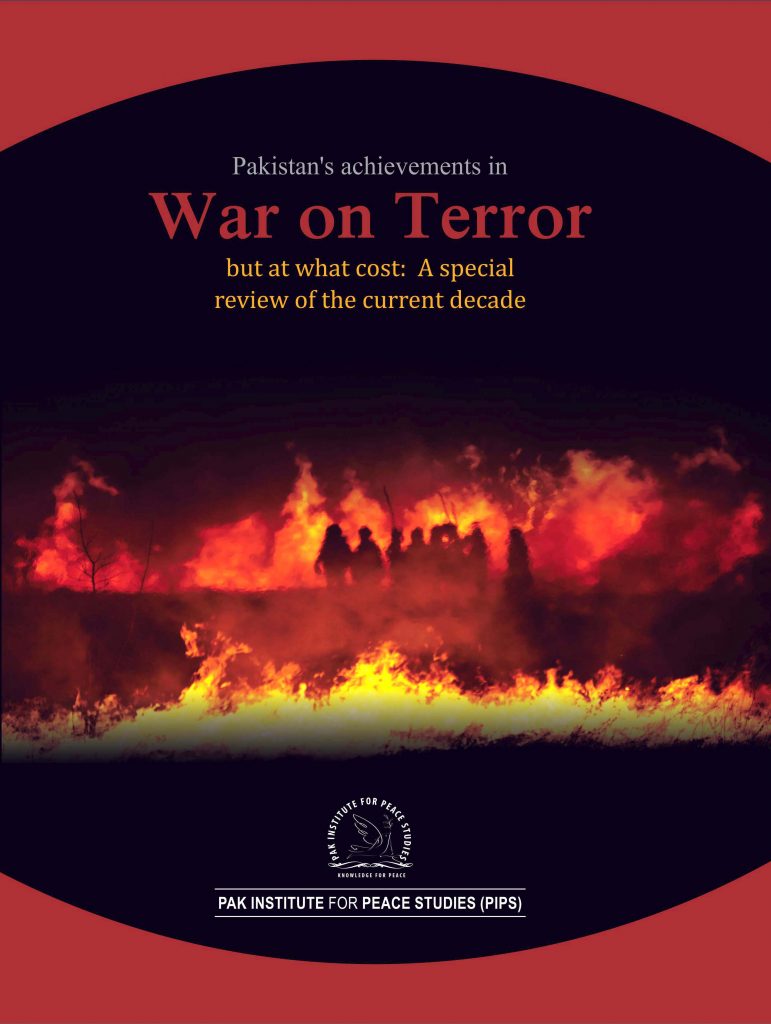 This report describes Pakistan‘s efforts against militancy and terrorism, the cost and sacrifices it had paid in this campaign mainly being a US ally in the WoT, and the outcome of the war in terms of restoration of peace and security.

National security and regional geo-strategic imperatives had mainly weighed on Pakistan‘s policy choice to join the US-led War on Terror in 2001. While joining the WoT largely meant, at least in the initial phases, to support and facilitate the US war in Afghanistan, but Pakistan took no time to realise that the real war was here.

Different brands of local, Afghan and other foreign militant groups sneaked into Pakistan‘s tribal areas while fleeing the bombardment by the US-led international forces in Afghanistan. Militancy and terrorism continued to play havoc with the lives of people until recently when after 2014 APS incident; a renewed military and political resolve uprooted the most dangerous TTP and its allies from erstwhile FATA. This report provides statistical analysis of Pakistan’s ten-year role in the war on terror.