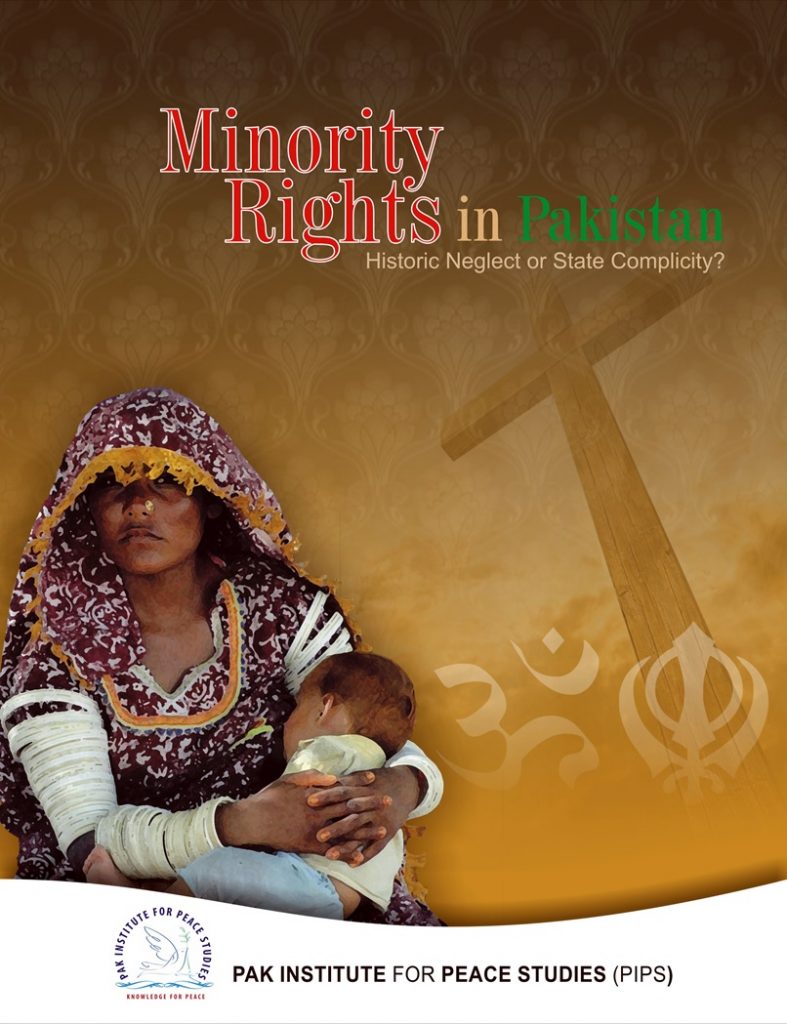 While multiple factors have historically contributed to discrimination against religious minorities and faith-based violence in Pakistan, there have been inadequate efforts on the level of state and society to create an environment that supports interfaith harmony and social cohesion. The processes of Islamisation of the state and society have negatively affected the overall behaviours and attitudes, which are increasingly becoming intolerant and rejecting towards religious minorities in the country. Growing threats to physical security of minority communities from Islamist extremist and militant groups and government’s inaction to counter these threats further compound the problem. This report examines socio-political views and everyday challenges faced by Pakistan’s largest minority communities based on a countrywide survey conducted by the Pak Institute of Peace Studies in 2014 with 327 respondents belonging to Christian, Hindu, Baha’i and Sikh communities from Pakistan’s four provinces: Sindh, Punjab, Khyber Pakhtunkhwa (KPK) and Balochistan. Some of the main objectives of the survey were to study the lives of religious minorities and their relationship with followers of other faiths; explore social, cultural, economic and political aspects of and challenges in day-to-day living shared among followers of different faiths; and identify inter-faith and inter-cultural connectors from Pakistan’s existing composite cultural heritage such as shrines, festivals and folklores etc. The survey findings reveal that discrimination against minorities is connected with overall inequality and government inattention. One of the recurrent themes of this survey reveals a persistent complaint from minority groups about the lack of effective protection accorded by the state against violence, intimidation and intolerance. This survey also finds that most respondents although deeply committed to their faith are able to integrate and live peacefully with other religious groups but feel threatened by the overall deteriorating security situation countrywide. However, a big majority of respondents from all four provinces also believe that they are not part of the larger social and cultural mainstream. This is despite the fact that a considerable number of respondents say they participate freely in cultural and religious festivals along with followers of other religions and have exchange of visits with the latter. Also, most respondents do not experience any problem in business and other transactions with followers of other religions.